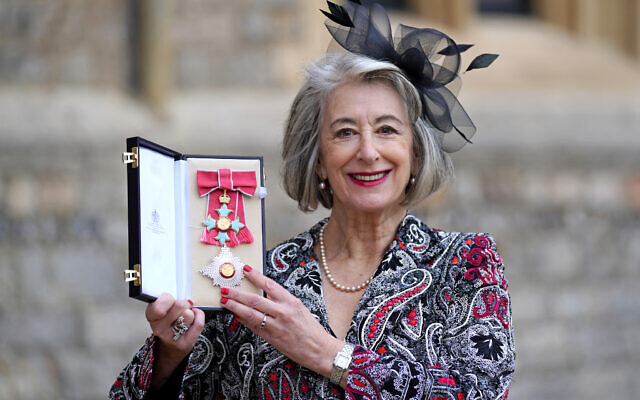 Actress Maureen Lipman after being made a Dame by the Prince of Wales during an investiture ceremony at Windsor Castle.

Dame Maureen Lipman has revealed she turned to the Coronation Street wardrobe department for a hat to wear when she was made a dame commander.

The popular Jewish performer borrowed seven hats from the Corrie set and canvassed friends the night before her big day about which one to wear at the Windsor Castle event hosted by the Prince of Wales.

The 75-year-old actress was made a dame commander for services to charity, entertainment and the arts in a career lasting more than 50 years.

Her lengthy CV includes everything from a comedy turn in a BT advert that had the memorable line “you’ve got an ology?”, to a supporting role in the acclaimed comedy-drama Educating Rita, alongside Sir Michael Caine and Dame Julie Walters.

She has found a new audience in recent years through her appearance on the ITV soap as Evelyn Plummer since 2018, after a brief cameo in 2002.

Dame Maureen said after the ceremony: “The fact that the future monarch has given me a damehood – I never expected that because I had an award.

“And then it’s been a long time coming because I heard about it in 2020 and then I couldn’t collect it. And so the coat you bought becomes like something you don’t want to wear.

“Then it becomes ‘what the heck do I wear on my head?’, and then in the end I went to Coronation Street and I said ‘have you got any fascinators in wardrobe?’ and they gave me seven.”

Speaking about how she finally chose the black headpiece, she said: “I travelled back from Manchester with seven hats and on Tuesday I had friends round and they said ‘wear that, no that, not that’ and I completely blew it this morning and changed my mind.”

The actress, who was born in Hull in 1946, said about her beginnings: “I was just a little show off, that’s the way it was and in those days there were lots of ladies who were willing to sit around and applaud the little show off. 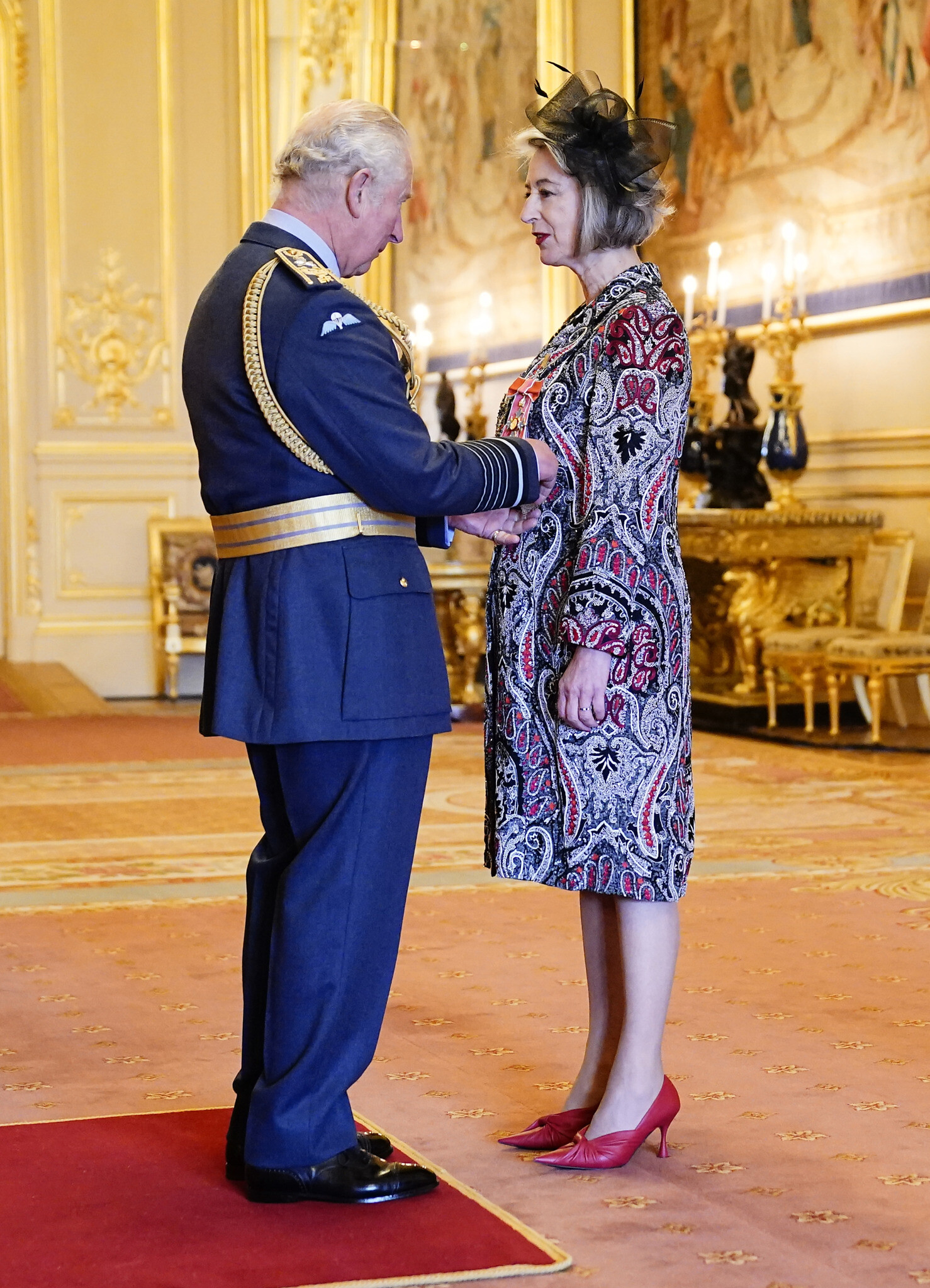 Actress Maureen Lipman is made a Dame Commander of the British Empire by the Prince of Wales during an investiture ceremony at Windsor Castle.

“Then it became a way of life in school, the thing I was good at. Then I was at drama school, Lesley Joseph and I started on the same day and then it’s been work but it isn’t work because if you have a vocation then you never work.”

She studied at the London Academy Of Music And Dramatic Art and one of her early big film appearances came in 1968 drama Up The Junction, playing a working-class young woman who befriends Suzy Kendall’s wealthy heiress.

Dame Maureen married the playwright Jack Rosenthal in 1974 and the couple have two grown-up children, both writers.

She said her husband, who died in 2004, wrote the 13th episode of Coronation Street and penned dozens of the early scripts.

The actress said: “I love being on the Street, it’s like home and feels near to Jack because of his association with it. I told the Queen this when she came to Corrie (in July) I said ‘my late husband wrote episode 13 and when you’ve gone we’ll film episode 10,408’.” 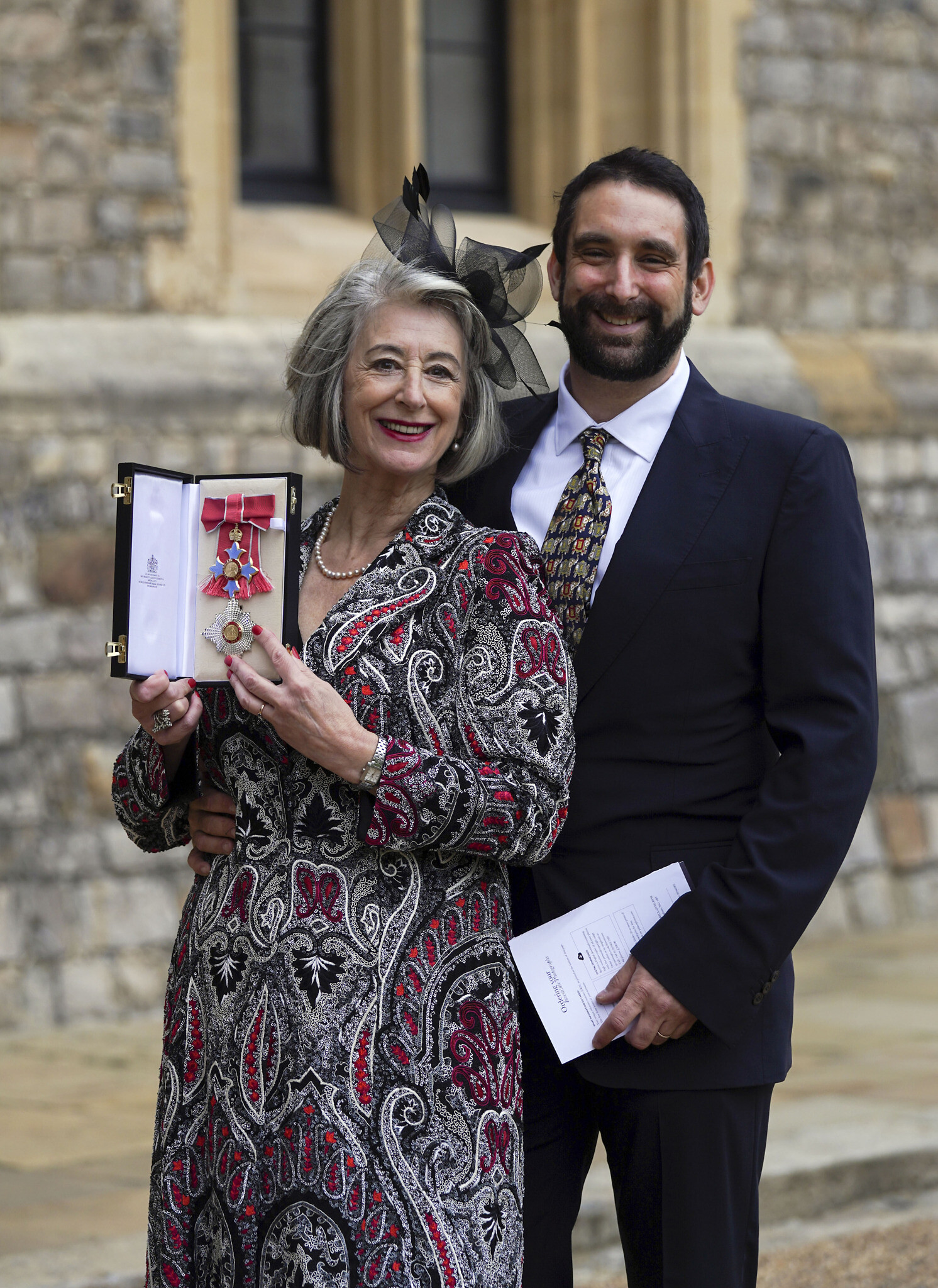 Dame Maureen Lipman with her son Adam Rosental after receiving her Damehood from Prince of Wales at an investiture ceremony at Windsor Castle.

A memorable role for Dame Maureen was in the hit ITV sitcom Agony from 1979 to 1981, playing an agony aunt who dished out advice to others while her personal life was a shambles.

Back on the big screen, she earned plaudits – and a Bafta nomination – for her supporting role in Educating Rita and later that decade played the supportive grandmother Beattie in the BT adverts. She revived the role before last year’s general election to criticise Jeremy Corbyn.

The actress said: “There is still somebody who said to me today, 35 years later ‘are you getting an ology’ – so it sticks.”

She has regularly performed on stage and one of her favourites was Re: Joyce!, her affectionate tribute to comic Joyce Grenfell.

Commenting on her brief chat with Charles she said with a laugh: “He was adorable, he said ‘I don’t know how you do it, when you change your character’ and I said ‘I think you do sir’.”