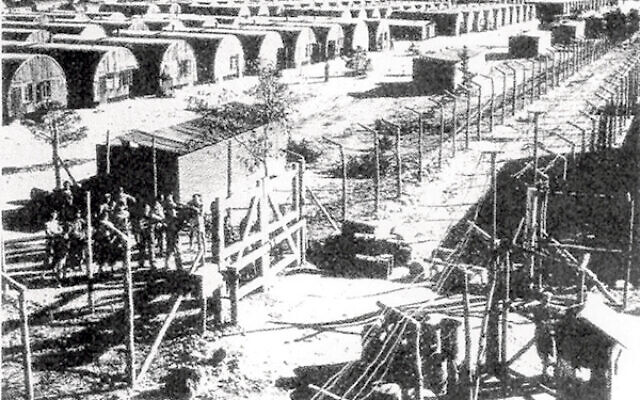 Jewish former detainees of British post-war internment camps in Cyprus have recalled their time there at an event to mark 75 years since the first Jews were imprisoned on the island.

Among those to remember this little-known period of post-war Jewish history in the Mediterranean was Rose Lipszyc, who survived the Holocaust by trekking across the Alps in the winter, before crossing the Med in an overcrowded boat.

In the aftermath of war, authorities in British Mandate Palestine were struggling to deal with both a nascent Jewish underground movement and an influx of Jewish immigrants arriving by boat, typically on false papers.

British armed forces were charged with intercepting the boats and imprisoning the Palestine-bound Jews on Cyprus, which they did across 12 camps between 1946 and 1949. Historians have recorded 53,100 Jewish detainees.

“The English soldiers, who I would have kissed the feet of for liberating me in Germany, were leaping into our little boat with batons,” said Lipszyc, 92, recalling the how she and 300 others were seized and detained.

“They weren’t starving us, they weren’t killing us like the Germans, but it was so traumatic, that the very same people who had freed me just a short time ago now incarcerated me.”

Yad Vashem, Israel’s Holocaust centre, says the British wanted the cramped Cyprus camps to be a “deterrent” aimed at “breaking the power of the ‘Hebrew resistance movement’ in Palestine”.

Over the three years, more than 400 died of sickness in the camps, while more than 2,000 babies were born within the network of metal huts, which were described as “boiling in the summer, freezing in the winter”.

Now Arie Zeev Raskin, Chief Rabbi of Cyprus, says he wants to “teach to the next generation a very important piece of the puzzle” between the Holocaust and Israel’s foundation in 1948.

He added that he discovered a farmer using one of the camps’ last remaining metal huts as a tractor shed and plans to make it the centrepiece of the Jewish Museum of Cyprus being built in the port city of Larnaca.