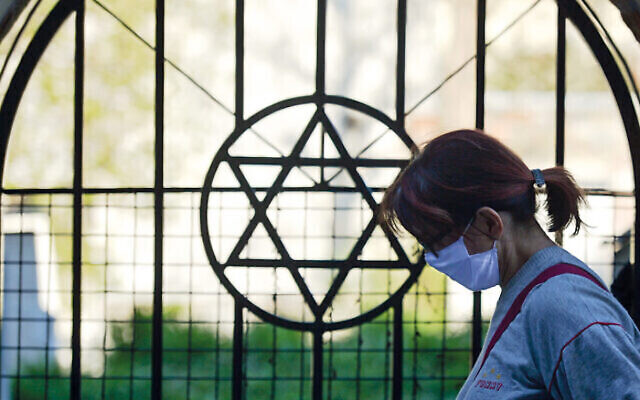 The most detailed study to date of religious life during the pandemic has shown that Covid-19 “served as a catalyst” for new ways to organise religious ritual, including for Orthodox Jewish women and girls.

Published by researchers at Manchester Metropolitan University and the University of Chester, British Ritual Innovation under Covid-19 covers several faiths and shows how online attendances were higher than in-person audiences pre-pandemic and that worshippers felt uniquely able to “shop around”.

Among the case studies – prompted by synagogue closures during the first lockdown – were two female-only online Jewish prayer groups, which started under institutional auspices to celebrate Rosh Chodesh.

Gathering for up to 30 minutes to sing the traditional Hebrew liturgy of Hallel [praise] when Rosh Chodesh does not fall on Shabbat, the online gatherings are now “much bigger” than the pre-pandemic groups that had met in-person, with up to 200 participants every session from across the UK.

One attendee, who stopped going to synagogue during lockdown, said it was “an act of compassion because it brings in women who were excluded from attendance”.

Researcher Katja Stuerzenhofecker said the women’s move online “grew out of a desire to offer a regular ritual event aimed specifically at female members of Orthodox communities
in recognition of the additional demands and challenges they face during the pandemic”.

Among the many reasons, she said in-person Covid safety measures “made women’s and girls’ marginal positioning in most Orthodox synagogues – often high up on a balcony with bad acoustics and sightlines – even worse than before, increasing their sense of distance”.

One of the studied groups meets on Zoom, the other on Facebook. The meetings are recorded and placed online, where they later receive hundreds of views.

“The pandemic has served as a catalyst,” said Stuerzenhofecker. “Online delivery is a significant factor in drawing much larger numbers of participants than similar events did on local premises before the pandemic.

“A geographically limited local community is unlikely to include many like-minded women and girls who value female-led prayer. Virtual access is particularly important for members of small Jewish communities outside London where [female] prayer groups are very rare.”

She added that online scheduling “takes into account women’s common daily routines, care work and employment – concerns not normally prioritised in mainstream ritual programming” and that the “interactivity of Zoom, while not perfect for singing together, works well enough for the majority to feel a sense  of community”.

The report’s authors said people “enjoyed being able to ‘visit’ different churches, mosques or places of worship other than their own”, and online worship “opened doors” for those who did not want to or could not attend in person.

Despite the positives, on the whole religious congregants found digital worship to be “less spiritual, less meaningful and, on the whole, less effective”, said researchers. “What that future will look like is still not clear.”

Lead researcher Dr Josh Edelman said: “During this crisis people found meaning, stability and community in participating in the rituals of their faith. Digital technology made that possible, even during social distancing, and that’s been a great benefit. But… while there have been some very exciting developments, the sense of community that comes from face-to-face gathering is hard to beat.”

Alana Vincent, professor of Jewish philosophy, religion and imagination at the University of Chester and researcher on the project, said: “The pandemic has accelerated a move towards digitisation, which was already highly likely, but it has also made people more aware of what cannot be digitised. The challenge for religious communities will be to maintain the good things, such as increased accessibility, while also providing the sense of community and connection that people crave.”