The government’s decison to cut the £20 a week uplift to universal credit next month will prove to be “highly detrimental to the country, including to many in the Jewish community,” a Labour councilllor and Board of Deputies representative has warned.

Nathan Boroda used his maiden speech on Bury Council in the North West proposing a motion aimed at stopping the cut which he said went against “our values of fairness, equality and decency.”

He pointed to a recent working-group set up in the region which highlighted how many of those in the Charedi community relied on universal credit (UC) to top up often low wages.

The 22 year-old then following up his campaign to protect the uplift brought in during the coronavirus pandemic to help struggling families, with a question at the Board’s plenary last Sunday.

Recognising that the Board had made several representations on welfare policy in the past, Boroda, who sits on the Defence Committee, called for the communal orgainsation to intervene over the ending of the uplift.

The former Warwick University student told Jewish News this week he feared the cut would “impact across all denominations in our community” and added it would “go against our Jewish values of loving ones neighbour as oneself.” 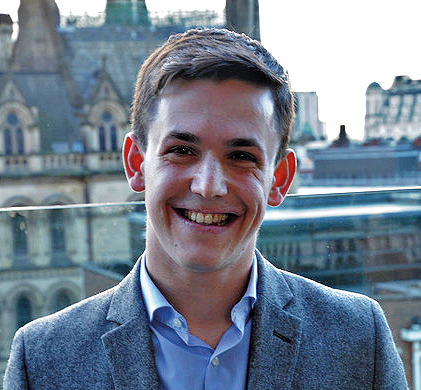 The Board’s Gary Mond vowed to pass the issue on to Andrew Gilbert, who he said sits on the relevent sub-committee, for consideration.

A recent cross-authority working group set up between Manchester, Salford and Bury had looked at the unique challenges around welfare reform faced by the Strictly Orthodox community in the region.

It confirmed that a “significant number” of housholds with large-familes worked often in “part time, low paid employment” and “therefore UC is likely to have a huge impat on their income.”

There are 5.9 million people receiving UC payments across the country, according to the latest government figures – almost double the three million making claims before the pandemic.
While some are seeking jobs and others are unable to work, 40% of claimants are already employed.

Boroda had previously represented the Union of Jewish Students as a Deputy, but is now one of two Jewish Labour Movement representatives.