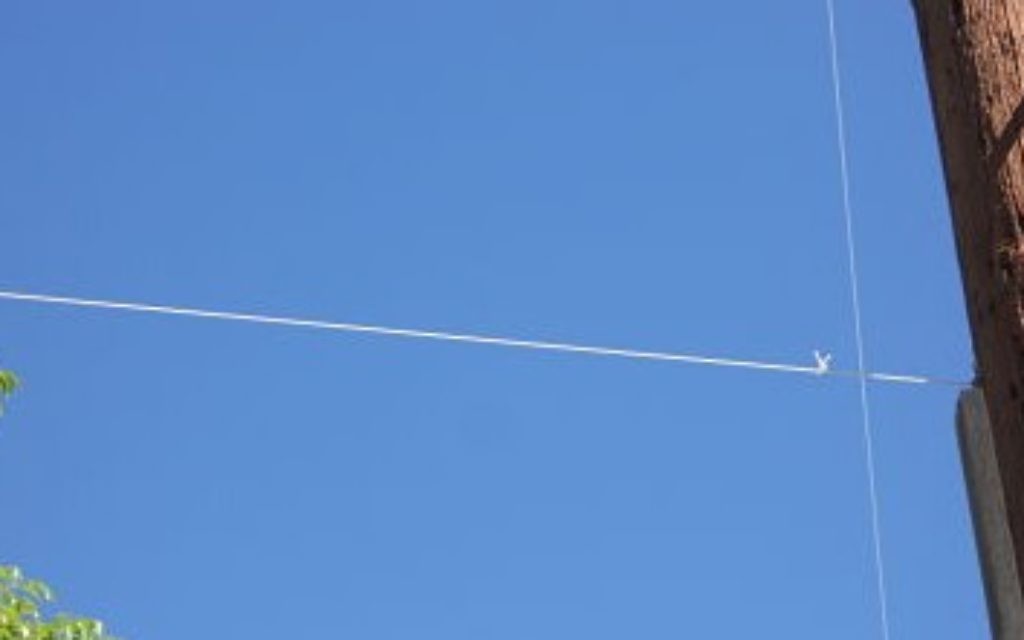 An example of an eruv

Council planners have approved proposals for a Jewish boundary taking in parts of Camden and Brent.

The Brondesbury Eruv, which has had dozens of objections, was passed on Thursday night by Camden Council’s Development Control Committee.

It will link West Hampstead, Swiss Cottage, Kilburn and Fortune Green, running from Kilburn High Road and Minster Road across to Canfield Gardens, in South Hampstead, and St John’s Court, in Finchley Road.

An eruv is a religious boundary, which marks an area with poles and fishing wire, within which Orthodox Jews can carry out certain activities banned on Shabbat, such as pushing a trolley or pram, carrying shopping or keys, or pushing a wheelchair.

The committee met on Thursday to discuss the proposals, over a year after they were first submitted by Brondesbury Park Synagogue, whose members have said they are “house-bound” on Shabbat.

Before the decision was made, the shul said: “The erection of an eruv not only relaxes an ancient religiously-held prohibition for the benefit of all observant Jewish residents, but allows those who are disabled, as well as those who are carers of disabled adults or pre-ambulant children, to leave the confines of their homes on Friday evenings and Saturdays,” said the shul.

It also argued that the eruv, which would incorporate parts of NW3 and NW6, was needed to accommodate the area’s “growing community,” but objections were raised by several groups, including the London Borough of Westminster.

West Hampstead councillor Phil Rosenberg said, “I am delighted that Camden has furthered its reputation as an inclusive borough. With JW3, the Jewish Museum, the JHub and now its own Eruv, Camden is certainly a great place to be Jewish!”

Complaints have ranged from aesthetic concerns about street clutter, to environmental worries that the fishing wire may be harmful to birds. Others said there was a need to take in the views of all the community rather than just a minority group, while some feared that the eruv would increase the risk of terrorist attacks.

However, a report to the Development Control Committee officers dismissed these concerns and recommended that the eruv get the go ahead.