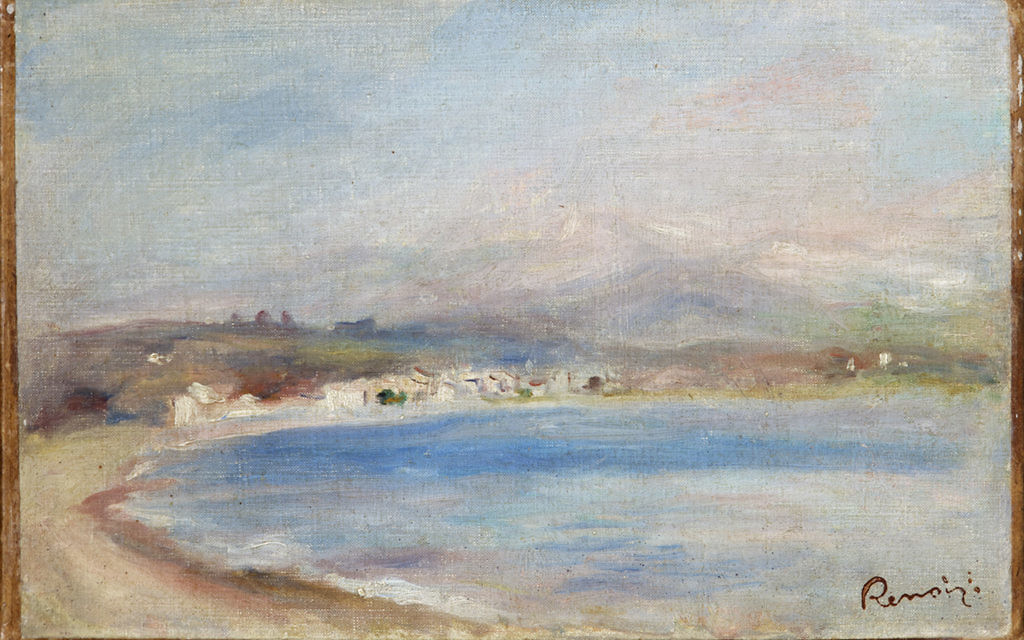 Image issued by Bristol City Councilof a painting by Pierre-Auguste Renoir titled The Coast of Cagnes, as a report has found that the painting sold at a Nazi-organised "Jew auction" does not have to be returned to the heirs of its previous owners.

Image issued by Bristol City Councilof a painting by Pierre-Auguste Renoir titled The Coast of Cagnes, as a report has found that the painting sold at a Nazi-organised “Jew auction” does not have to be returned to the heirs of its previous owners.

A Renoir painting sold at a Nazi-organised “Jew auction” does not have to be returned to the heirs of its previous owners, a report has found.

Bristol City Council also does not have to pay compensation to the family of Jakob and Rosa Oppenheimer over its possession of The Coast of Cagnes, the Spoliation Advisory Panel added.

The Oppenheimers owned the Margraf group, a fine art and jewellery dealership which was in possession of the painting, but were banned as directors by the Nazis in 1933 and lost ownership by 1937.

Documents state they fled from Germany to France to avoid arrest and the painting was later sold at a “Jew auction” in Berlin in 1935.

But the panel has rejected a claim on behalf of Margraf as it believes the artwork was sold because of a bank debt rather than any Nazi persecution the Oppenheimers were subjected to.

The panel, which considers claims over cultural objects lost during the Nazi era of 1933 to 1945 but which are now held by a UK museum or gallery, adds an Austrian Jewish man is thought to have brought the painting with him to Bristol in 1939.

Leopold Moller fled Hamburg from the Gestapo and later left the painting to the Friends of Bristol Art Gallery on his death in 1999, according to the report.

The item was then given to the council and remains on display in the French collection of the Bristol Museum and Art Gallery.

Mr Moller’s story of persecution by the Nazis and his escape with the painting has been used in the painting’s interpretation in the gallery although the council said it was unaware of its previous history, the report added.

It concludes: “In all the circumstances, the panel finds that the moral strength of Margraf’s claim is insufficient to justify a recommendation that the painting be transferred or that an ex-gratia payment be made.”

The document adds: “The fact that the painting formed part of the Margraf inventory, and indeed its sale in the 1935 Graupe auction, now forms an integral part of the painting’s provenance.

“Its acquisition by Mr Moller before he was forced to flee Nazi Germany in 1939 also forms part of that fabric and, without any obligation on the council, the panel considers it would be fitting to incorporate into the painting’s narrative history when displayed, the Oppenheimers’ connection with the painting such that it serves their memory as well as Mr Moller’s.”

A Bristol City Council spokesman said: “We have received the report of the Spoliation Advisory Panel and respect their recommendation.”