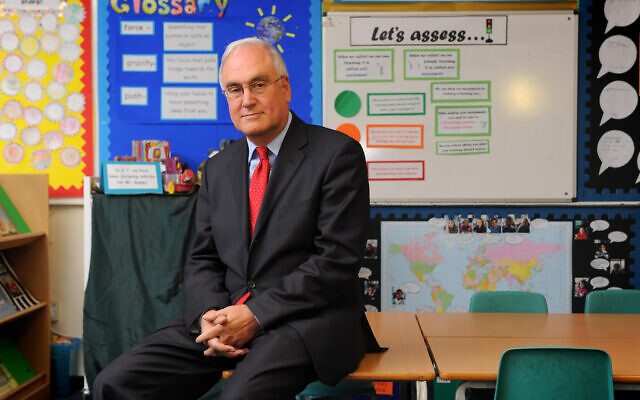 A major row has broken out after the new interim headteacher of JFS attempted to lay the blame on Brent Council for the school’s failings over the safeguarding of students.

Speaking to Jewish News on Tuesday, Sir Michael Wilshaw said mounting concerns at JFS “were swept under the carpet” and the local authority had “failed” students over safeguarding.

Wilshaw, ex chief inspector of Ofsted also claimed Europe’s largest Jewish secondary has already been improved in a matter of weeks, following the shock resignation of headteacher Rachel Fink at the end of May.

But it is understood that senior figures within Brent Council have reacted with “outrage” at the interim headteacher’s claims.

Sources within the local authority point to the 2016 Ofsted report into JFS, that was published during Wilshaw’s stint as chief executive with the official education inspectors.

They pointed to the fact that the 2016 report described safeguarding at JFS as “effective” and added that pupils “knew where to seek help” if needed.

They same sources also insisted it has been Brent who had intervened “very recently” to ask Ofsted to look at the school over safeguarding concerns.

One source added: “It is laughable to read Michael Wilshaw suggesting he has managed to turn a school around in a matter of weeks.

“Senior figures at Brent are meeting to decided how to respond to his comments, but the feeling is there are far bigger issues at stake here that Mr Wilshaw.”

Speaking to Jewish News, Wilshaw, who was chief inspector of Ofsted from 2012-16, identified the key issue as being a poor “culture and behaviour”, which was linked to safeguarding of students.

Saying the school’s culture has already been “transformed”, he insisted he was “not being arrogant and boastful”, but that “the corridors are calmer, the classrooms calmer, teachers are teaching, children are learning. And we’ve set up all sorts of systems in the school to improve the quality of our behaviour around around the place.”

Wilshaw also hit out at the local authority, Brent Council, for having “failed” to identify safeguarding concerns.

He said: “When they knew there were issues around safeguarding and mental health issues, they should have been in here monitoring the situation – well before Ofsted. The local council has failed this school, there is no question about that in my mind.”