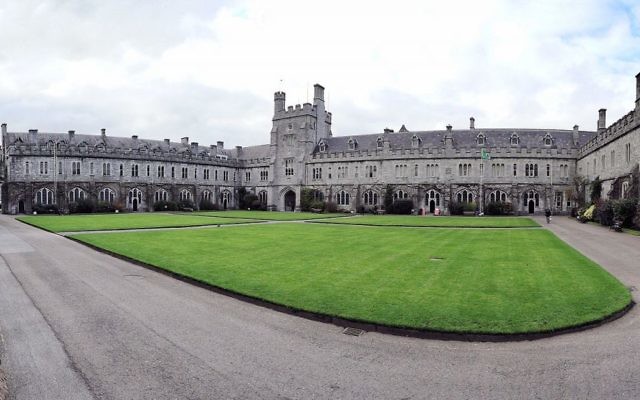 A planned academic conference derided by Jewish representatives as “anti-Israel” has been postponed by the management team at University College Cork (UCC).

It is the latest set-back for organisers of the event designed to debate Israel’s legal legitimacy, called ‘International Law and the State of Israel: Legitimacy, Exceptionalism and Responsibility.’

A statement by the University on Wednesday said bosses noted that the conference had already been shelved by its original venue, the University of Southampton, and that it had subsequently been the subject of a legal challenge in the High Court.

UCC chiefs sent planners back to the drawing board this week, saying the Cork conference’s proposed dates – from 31 March to 2 April – were unacceptable because they were during term-time, causing “potential disruption”.

Organisers, including Israel-born Professor Oren Ben-Dor and Gaza-born Suleiman Sharkh, were also told to submit a detailed event plan and to budget for additional security, given the potential for political protests.

The UCC statement concluded that “the University’s approval is contingent on agreement on and fulfilment of its conditions”.

Pro-Israel advocates in Ireland heralded the decision, having earlier called for “a balanced debate,” arguing that 45 of the 47 speakers were hostile to Israel.

“Most of the activist speakers advocate academic boycotts of Israel,” said Barry Williams, president of Irish4Israel. “These academics can’t demand free speech and freedom of thought or association for themselves and deny it to others.”

Cork’s Professor James Bowen had earlier argued that in Ireland, “academic freedom is still fairly well protected, unlike in the UK, where it seems to have come to be regarded as a disposable luxury”.

Other Irish academics this week rallied to his defence. Writing in the Irish Times, law lecturer John Reynolds from the National University of Ireland, Maynooth, said: “In the context of escalating far-right offensives against academia in the western world, it is vital that the campus be defended as an essential space for questioning dominant narratives, critiquing sites of power and offering progressive alternatives.”

Board of Deputies President Jonathan Arkush said: “The decision of the University College Cork to postpone the conference is one which we welcome. The organisers appear to have arranged and even publicised the event without the courtesy of telling the university and questions remain as to the guise under which the organisers managed to book the university space. None of this surprises us given that the event lacks any semblance of academic credibility. The university will no doubt continue to weigh carefully whether to host such a propaganda gathering given its organisers’ record to date.”