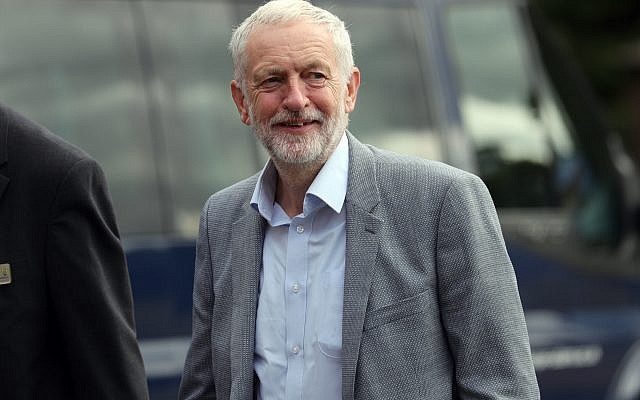 An article believed to have been written by Jeremy Corbyn calls on “Western governments” to confront “the Zionist lobby” following the arrest of controversial cleric Raed Salah.

It appeared in the Morning Star on July 1 2011, after the leader of the Islamic Movement was arrested and detained for entering Britain despite a travel ban.

“[Raed Salah] wishes to remain here long enough to fight for his name,” it says. “The sadness is that his is a voice of Palestinian people that needs to be heard.”

It continues: “It’s time that Western governments stood up to the zionist lobby which seems to conflate criticism of Israel with antisemitism.” The article, thought to have been written by Corbyn before he became Labour leader, was discovered by the journalist Iggy Ostanin.

It criticises “the hysteria” that followed coverage of the ban in the Daily Mail, Evening Standard, Telegraph and Jewish Chronicle.

“The hysteria grew but even as late as Monday the Home Secretary seemed incapable of saying whether there was a travel ban on him or not,” it says.

“This bizarre turn of events seems to indicate that the right-wing press has more power than rationality.”

Salah was detained for 21 days during a visit in 2011 but later won an appeal. The High Court found Salah had been wrongly detained for the first two days of his detention.

Salah has been accused of antisemitism and of allegedly making the blood libel that Jews drink the blood of children during a speech in East Jerusalem in February 2007.

However, the cleric dismissed the accusation in a statement as an “absolute lie and a malicious fabrication”.

A Labour Party spokesperson said: “There was widespread criticism of the attempt to deport Raed Salah, including from Jews for Justice for Palestinians, and his appeal against deportation succeeded on all grounds.“