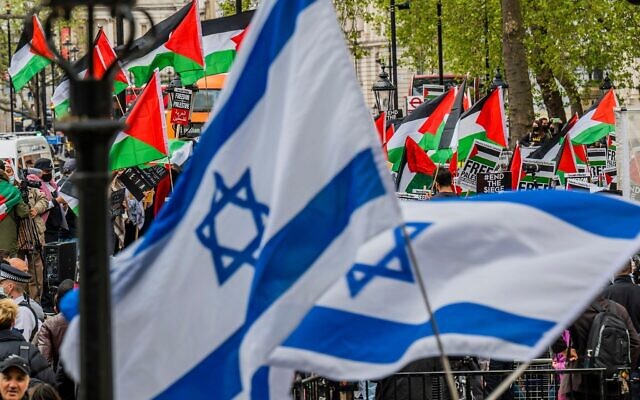 Jeremy Corbyn has told an anti-Israel demonstration in central London that the mounting death toll as a result of this week’s escalating violence in the region was “all because of the occupation of Palestine.”

In a speech delivered at protest called by the Palestine Solidarity Campaign, the former Labour leader failed at all to condemn the actions of the Islamist terror group Hamas.

Instead, to the cheers of those in attendance, Corbyn said:”The scenes on our televisions of IDF forces attacking worshippers outside al Aqsa mosque, and planes bombing people in Gaza are truly shocking.

“Innocent lives are being lost all because of the occupation of Palestine. 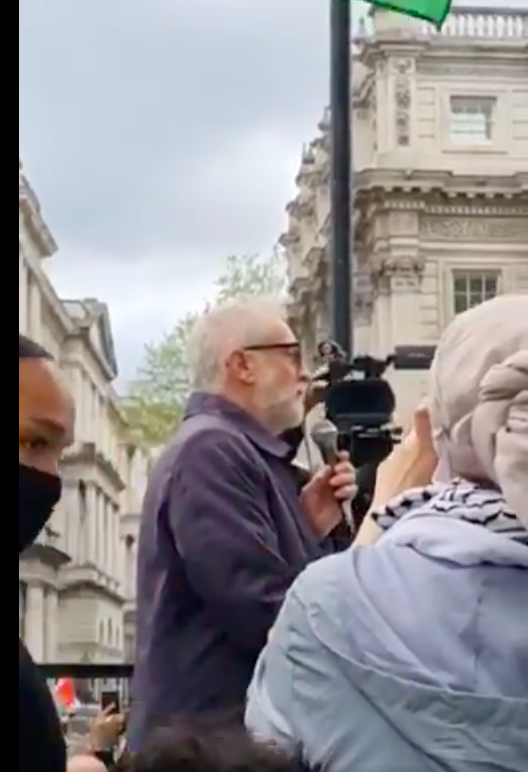 Screenshot of Jeremy Corbyn speaking at the Whitehall rally
In a further tweet on Wednesday, Corbyn wrote:”The escalation of hostilities overnight in Jerusalem and now Tel Aviv is a direct result of the home invasions #SheikJarrah by government-backed settlers.
“If it wanted, Israel could halt the bloodshed by ending the siege of Gaza and the occupation of Palestine. Ceasefire needed now.”

During the protest in Whitehall, a small group of pro-Israel supporters congregated and were given police protection.

While several help aloft Israeli flags, one of the group was seen holding the black of gold flag of the far-right Israeli Jewish separatist group Lehava.

Lehava is a Jewish far-right organization based in Israel that strictly opposes Jewish assimilation, objecting to most personal relationships between Jews and non-Jews.

It has been called “alt-right” and is  also opposed to the Christian presence in Israel. 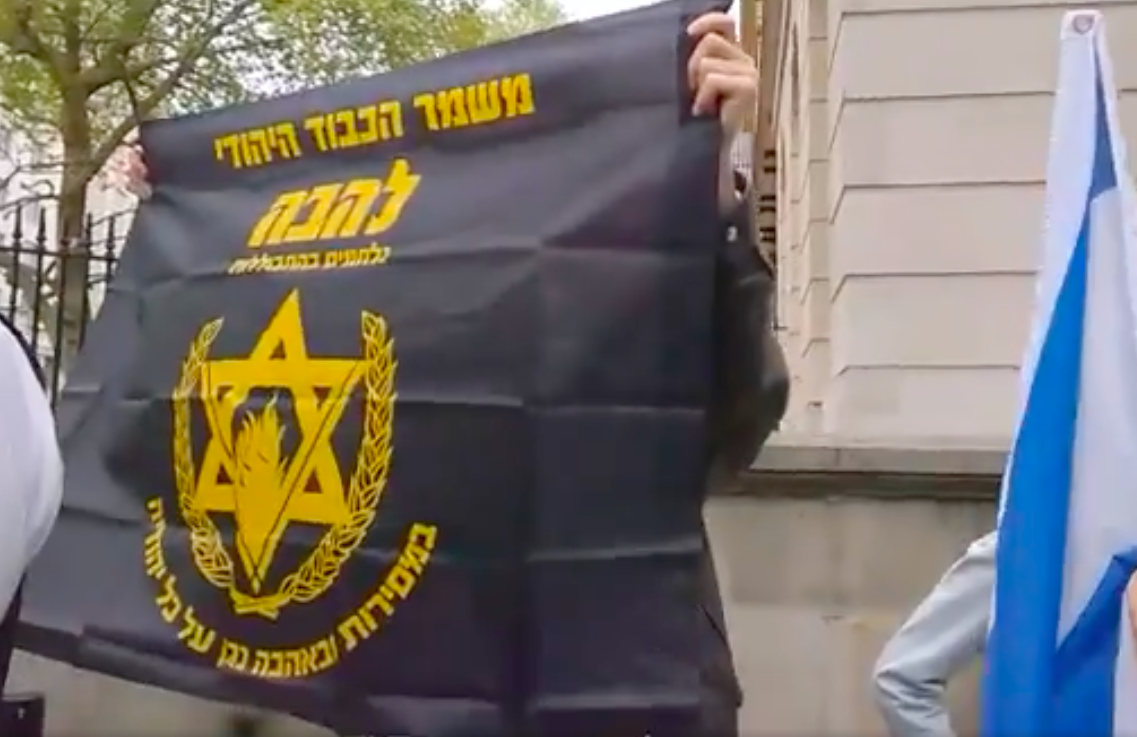 Far right group Lehava’s flag, next to an Israeli flag at the counter-demo.

As he continued to speak Corbyn also called for an end to Israel’s settlement policy and added “there must be, as we promised in our manifesto, unconditional recognition of the state of Palestine.”

Also speaking at the demo on Monday was author and Black Lives Matters activist Joshua Virasami who claimed:” In the Palestinian liberation lies the freedom of black people… in resistance to Western imperialism lies the seeds of a freer world.”

PSC director Ben Jamal later suggested there had been 5,000 in attendance at the protest, although images of the crowd published later seemed to show the crowd numbered around 1500.

Jamal tweeted thanks to those who turned up “to stand in solidarity with Palestinians living under apartheid and to call for an end to UK complicity in supporting apartheid.” 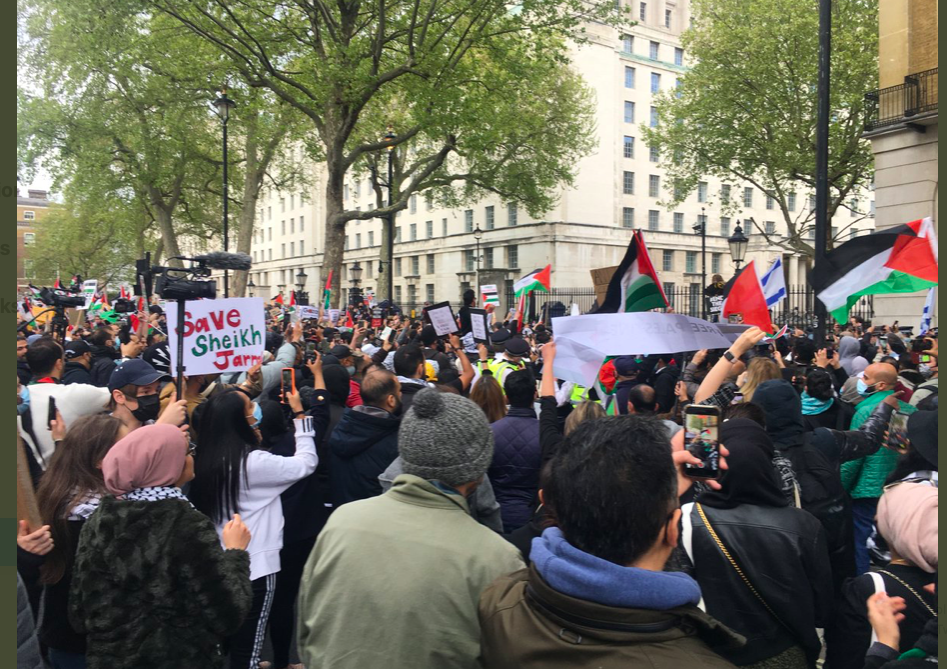