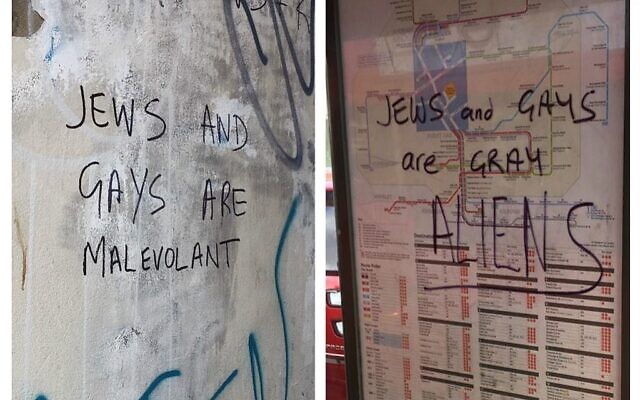 A conspiracy theorist has been found guilty of stirring up racial hatred through a campaign of antisemitic graffiti, thanks in part to Jewish News.

Nicholas Lalchan, 49, used a black marker pen to deface 17 bus stops and the window of an accountancy firm in north-west London between February and July 2019.

The cost of the damage to Transport for London was said to be £100 for each bus stop.

Lalchan had admitted criminal damage and having black marker pens to use in the offence.

Following a two-day trial, he was also found guilty of stirring up racial hatred, which he had denied.

A jury at a Nightingale court near the Barbican in central London could not decide on other charges alleging that the criminal damage was racially and religiously aggravated.

Prosecutor David Patience had told the court how Jewish and non-Jewish people alike had been upset at seeing the graffiti and reported it to police.

The graffiti called Jewish and gay people “gray aliens”, made reference to a “new world order” and encouraged searches of YouTube and Google for various conspiracy theories, jurors heard.

It appeared in areas including Edgware, Hendon and Finchley with large Jewish communities.

In March 2019 graffiti was reported to police by a Jewish News journalist. The daubing at a bus stop in Edgware, encouraging people to watch clips including: “Talmud quotes + (about goyim)”, which when searched leads to antisemitic videos calling Judaism an ‘evil’ tradition which promotes paedophilia and that hates non-Jews.

Other videos listed for people to search include “Rothschild Trillions quantified” and “New World Order Agenda”, which brings up antisemitic conspiracy theories, with clips about the Rothschilds banking family running the world, and controlling governments and the financial systems.

The graffiti also tells people to search about Kabalah (Jewish mysticism) as well as clips about aliens and an arrest warrant for the Queen and the Pope. 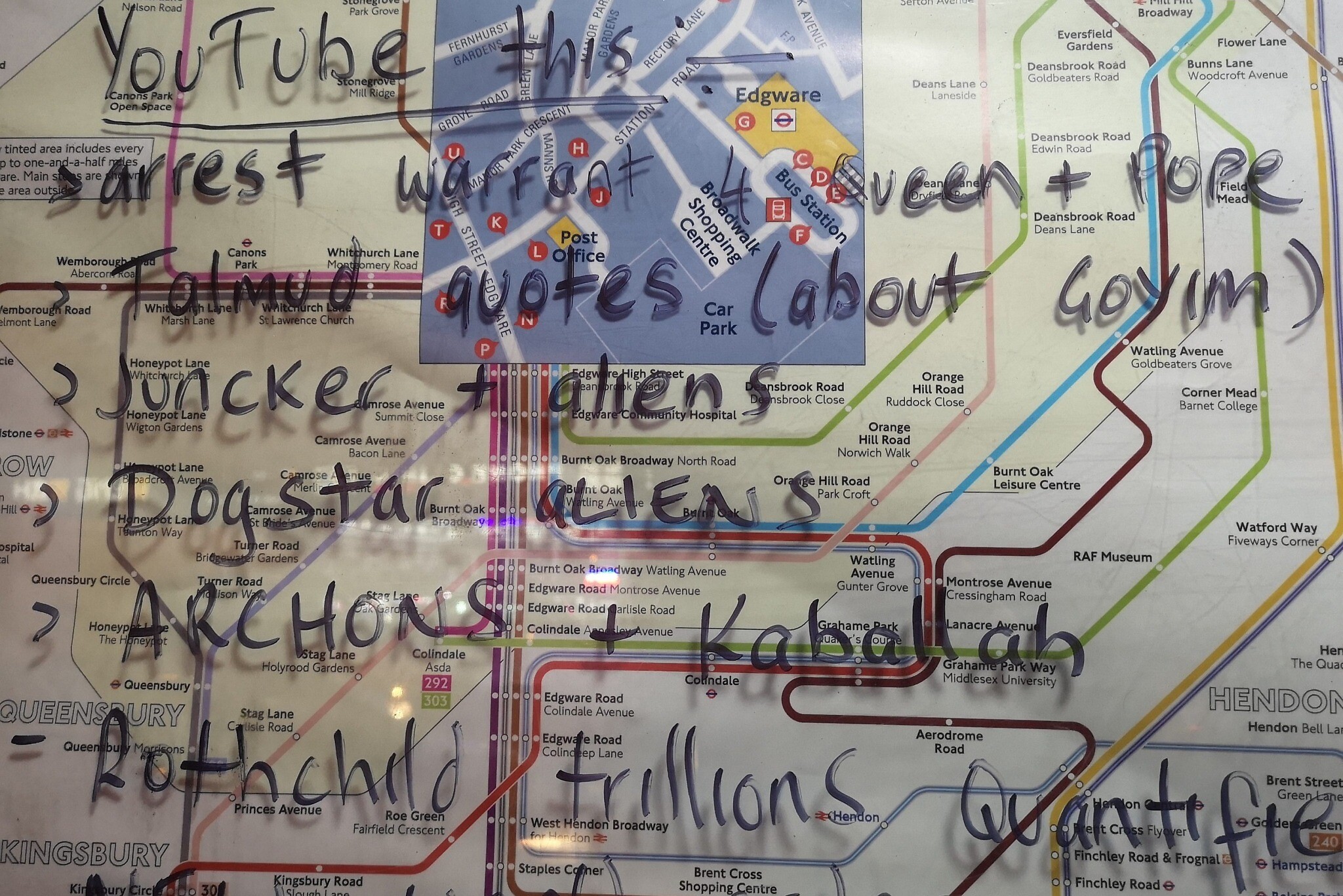 Graffiti at a bus stop in Edgware reported by Jewish News

Other incidents were reported on by Jewish News later in March 2019.

Lalchan was caught after a community support officer recognised him from a still image of the culprit.

When police went to arrest him at his home in Edmonton, north London, he was carrying a backpack containing black marker pens and leaflets saying similar things to the graffiti.

A search of his home produced more leaflets and pens and a USB stick containing material making reference to Jewish people and conspiracy theories.

Lalchan was also incriminated when his handwriting was compared to the graffiti.

The court heard that on being being charged, he said: “New world order. The fourth Reich. We will see.”

Jurors were told that the defendant accepted it was him that daubed the graffiti on the bus stops but denied it was motivated by religious or racial hostility.

The outstanding charges will not be proceeded with and the defendant was granted continued bail.

Waiting at the bus stop in Edgware outside the Railway pub. The shelter has been vandalised with loads of antisemitic slogans about the Rothschild trillions and the Talmud.

A fair few Jewish people in this area. Not nice to see.. Have a look… pic.twitter.com/Pcv0SXbsfc