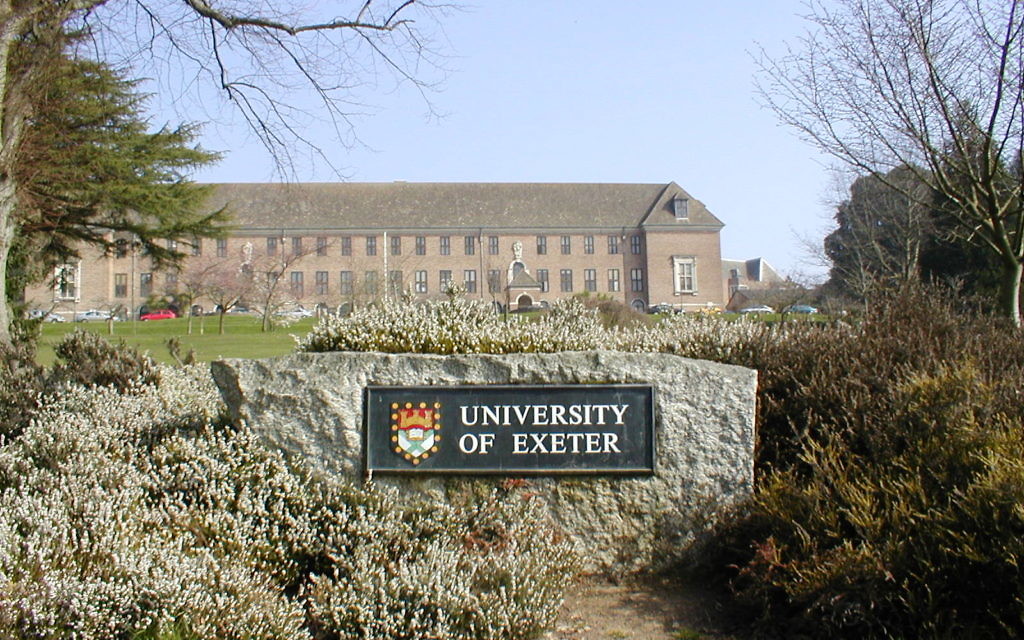 Community leaders have welcomed a deal with a leading university which sets out an understanding for future debates on Israel.

It comes after the University of Exeter earlier this year announced an academic conference on “settler colonialism in Palestine,” scheduled for October.

Meetings between the University and the Jewish Leadership Council (JLC), Board of Deputies and Union of Jewish Students (UJS) subsequently led to an announcement this week that two JLC-appointed speakers would now attend the event.

In addition, the parties agreed to another event at Exeter later this year, co-hosted by the University and the JLC, to “provide an opportunity for further academic debate, ensuring that many topics are covered from a range of speakers on both sides of the debate”. The JLC and the University will jointly agree the title, format and content.

“I thank the University leadership for their constructive approach and their willingness to address Jewish community concerns whilst fearlessly protecting academic freedom,” said JLC chief executive Simon Johnson. “This approach should form a good model for future discussions on conferences which may cause controversy.”

In August, Board of Deputies’ chief executive Gillian Merron wrote to the Arts and Humanities Research Council, a funding body, expressing “deep concern” at the conference, which she said was “intellectually dishonest at best”.

This week, Board president Jonathan Arkush said he hoped that the agreement could become “a model for future co-operation”.

Jewish students studying in the south-west institution also welcomed the initiative. Mikhaile Perkins, president of Exeter Jewish Society, said: “We appreciate that our concerns have been heeded… We will continue to work to ensure our members remain un-intimidated because of their religious, cultural or national identity.”

Jewish students have sparred with the University before, including in 2011, when it hosted anti-Israel author Gilad Atzmon, whose detractors accuse him of anti-Semitism.

The invitation sparked a debate about freedom of speech, which has only increased in recent months, following the Charlie Hebdo attacks in Paris in January, and in April, when a conference on Israel was cancelled, ostensibly for ‘security reasons’.

“The role of a university in society is to provide a safe space for opposing views through academic discourse no matter how challenging the subject,” said Vice-Chancellor Prof. Sir Steve Smith.

“The dialogue that we have been able to achieve with the JLC has been one of mutual respect and listening carefully to all the issues. This has enabled us to find a way forward that we think will also be of benefit to others.”