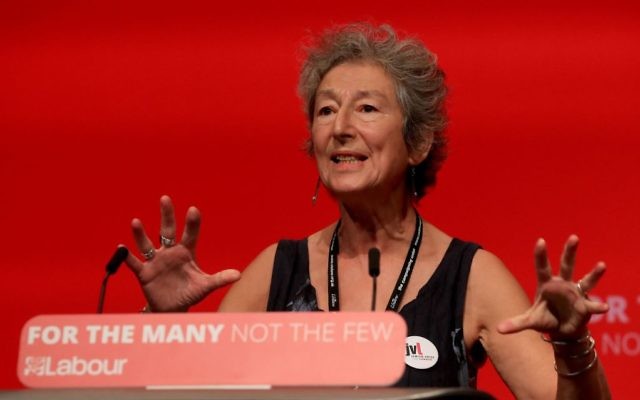 The co-founder of Jewish Voice For Labour has been ousted from her position on the executive committee of Chingford and Woodford Green constituency Labour Party (CLP) as part of a major shake-up of official posts.

Naomi Wimborne-Idrissi had previously been vice-chair of the east London CLP – where she had regularly spoken out in support of Jeremy Corbyn and disputed claims of antisemitism in Labour.

But in the latest elections for Chingford and Woodford Green’s new executive committee, Wimbourne-Idrissi and supportive CLP chair Gary Lafley were amongst those to replaced in a co-ordinated move by led by local members.

Wimborne-Idrissi had been suspended by Labour in December 2020, after a local CLP meeting left several Jewish members complaining they had felt “uncomfortable” with the conduct of the JVL media officer and that of Lafley.

A continued investigation into Wimborne-Idrissi’s conduct by the party meant that she was unable to stand for the latest round of elections.

While Lafley has subsequently been readmitted to the party, it is understood that he also failed to stand as a candidate at the annual general meeting.

In a clean sweep of all official posts at the CLP,  the Chingford and Woodford Green Democratic Socialists group posted a message on Wednesday hailing the election of a “positive and united team” for the local party. 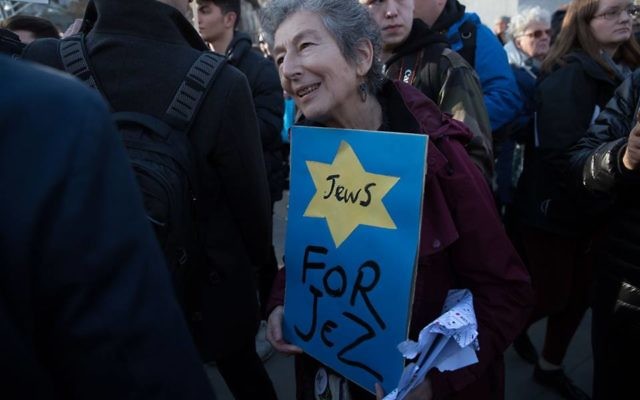 Jewish Jeremy Corbyn supporter Naomi Wimborne-Idrissi, of Jewish Voice for Labour holds up a sign at the #EnoughIsEnough Demonstration against anti-Semitism, featuring a yellow star and the word Jews
Photo Credit: Marc Morris

Several of those elected as understood to be affiliate members of the Jewish Labour Movement.

As a leading figure in JVL, Wimborne-Idrissi has regularly spoken out to defend Mr Corbyn over the antisemitism crisis under his leadership.

She provoked anger in the community in February 2019, attacking the decision of the former Labour MP Luciana Berger to quit the party over antisemitism.

Speaking on LBC radio she defended Mr Corbyn over his response to the antisemitic mural in Tower Hamlets, which had been raised by Ms Berger.

Ms Wimborne-Idrissi said: “He thought the artist was being censored unfairly… If people were honest, including Luciana Berger, who dredged this up at the appropriate moment to suit her anti-Corbyn agenda.”

In another video, she claimed she was attacked for campaigning for the Palestinians with allegations she was  “the wrong type of Jew, not a proper Jew” and “a kapo”.

A spokesperson for JVL said: “We wish to correct the misleading impression given about Naomi Wimborne Idrissi being “ousted” or “kicked off” Chingford and Woodford Green Constituency Labour Party’ executive committee at the AGM on June 28. Ms Wimborne-Idrissi has been suspended from membership since December 2020 as a result of allegations which she strongly denies and have yet to be put to the party’s National Executive Committee Disputes Panel. As a result of her suspension, she did not hold any official post prior to the CLP AGM on June 28, nor was she eligible to stand for election.”

On Monday, Jewish News revealed how the Momentum faction that had previously controlled Hendon Labour party had been ousted from controlling positions in the CLP.

In further AGMs at Hampstead and Kilburn CLP and Finchley and Golders Green CLP, hard-left members were also unable to secure posts on the executive.

But in Chipping Barnet, several members linked to the Momentum group maintaining their places on the executive committee.