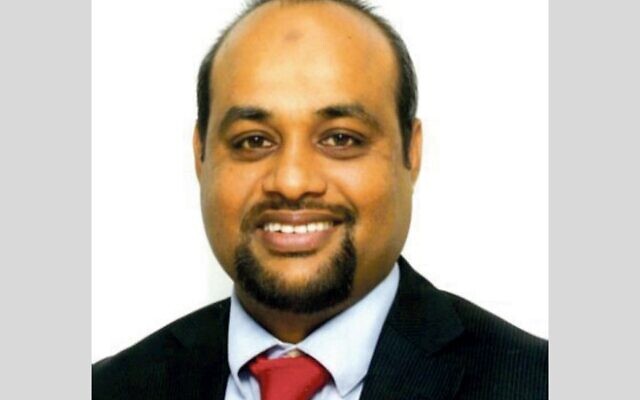 Redbridge Labour has removed the whip from a councillor after a complaint was upheld over his “intimidatory tone” towards the chair of a meeting, described as being “offensive, misogynistic, antisemitic and thereby unacceptable.”

Following Tuesday evening’s meeting a Redbridge Labour spokesperson confirmed the whip had been withdrawn from Cllr Khaled Noor after it was agreed his behaviour “has fallen below the high standard we expect of our members.”

The Labour Group stressed that this form of action was taken against councillors in “exceptional circumstances” and also that the sanction had been approved by elected officials from diverse backgrounds.

Cllr Noor, who represents the Barkingside ward, has denied claims of antisemitism and has suggested he was in fact the victim of Islamophobia and bullying.

The decision to oust Cllr Noor followed a report conducted the local chief whip which had concluded hisconduct at the January 2021 Group Meeting, which was chaired by Jewish councillor Judith Garfield, was found to be “in serious breach of Labour Group Standing Orders.”

It is understood that Group Chair Cllr Garfield’s complaint had accused Cllr Noor of speaking to her “inan intimidatory tone and falsely accused her of “only supporting action against antisemitism and not other forms of bigotry.”

His intervention at the meeting is said to have delayed proceeding that evening by 10 minutes, such was its lengthy nature.

Two others on the Labour Group – Cllr Chowdhury and Cllr J Islam – issued statements in support of Cllr Garfield’s complaint.

The Chief Whip at the time of the January meeting, Cllr Roy Emmett also confirmed he was present at the same meeting.

A subsequent statement used at the hearing confirmed:” RE had witnessed KN’s conduct at the meeting and concurred with the descriptions provided by Cllr Garfield, Cllr Chowdhury and Cllr Islam.

“RE found that KN’s diatribe was offensive, misogynistic, antisemitic and thereby unacceptable. Thus KN had clearly breached Group Standing Orders with regard to conduct.”

It a further development Redbridge Council leader Jas Athwal had also complained that Cllr Noor had placed a question at the Full Council meeting, also held in January, which was “outside the terms of agreed group protocol.”

Cllr Noor already the subject of a final written warning at the time of his offence at the January meeting.

Removal of the whip from a Councillor requires the approval of a special Group meeting with officers in attendance.

Ahead of Tuesday’s meeting Cllr Noor had issued a lengthy rebuttal in which he claimed to be the victim of “Islamophobia and instances threatening behaviour, intimidation and bullying” at the hands of the former chief whip, who has subsequently served his full-time in the role.

Responding to allegations about his conduct at the January meeting Cllr Noor added:”I would like to say that there was a very charged atmosphere at that Group meeting.

“Few colleagues raised their voices including the Chair and the Leader for my raising the issue of Islamophobic tweet from the Redbridge Labour Group twitter account. Some colleagues were dismissive of what I had to say. Some members of the Group pointed out at the meeting that I should not be belittled for what I had to say.”

He added:”The allegation that I used an antisemitic trope is denied.”

Following Tuesday’s meeting aRedbridge Labour spokesperson confirmed:”The whip has been withdrawn from Cllr Noor following a number of separate incidents where his behaviour has fallen below the high

standard we expect of our members.

standards, the fact poor conduct has been repeated is a matter of regret but made action unavoidable.

“Our focus remains on local residents, and our important work keeping our communities safe, investing in vital services and making sure Redbridgeis great place to live, work and visit.”