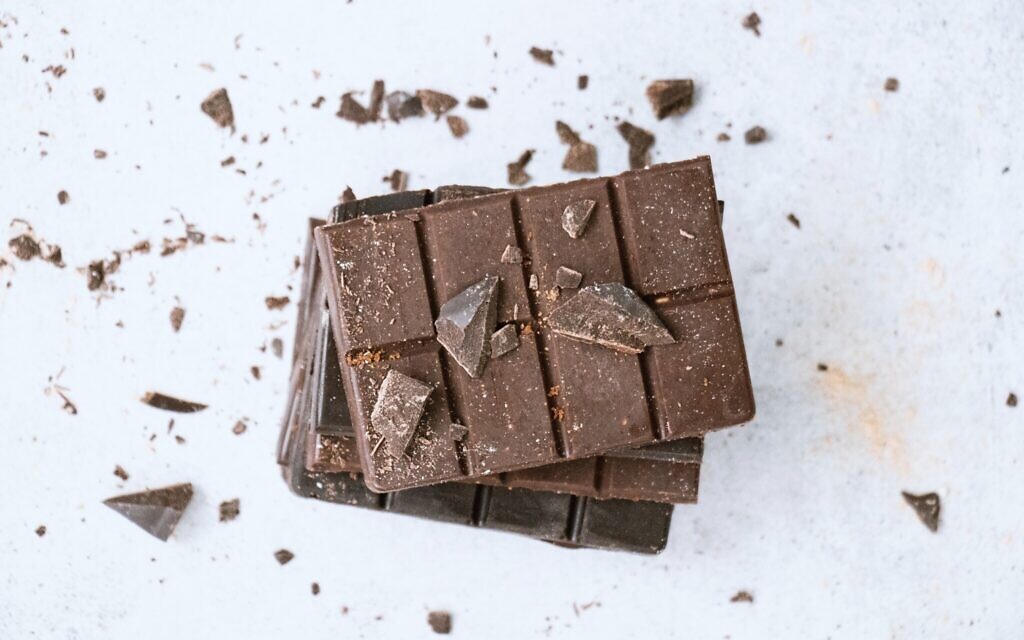 Think about chocolate and the usual associations that spring to mind are the Maya and the Aztecs, the French and the Swiss – but not the Jews.

Now a new recipe book is keen to highlight how Jewish traders played a crucial role in helping introduce chocolate to many countries around the world.

Babka, Boulou & Blintzes: Jewish Chocolate Recipes from around the World by Michael Leventhal sets the story of this most beloved confectionary more than 5,000 years ago, with the Maya, who dried and ground cocoa beans, mixing them with water to create a hot, frothy chocolate drink.

The Aztecs after them believed chocolate was a precious gift from the gods.

By the 1580s, Leventhal writes, regular imports of cocoa beans had begun after the Spanish had worked out how to convert the pods into a tasty drink.

“It was now that Jewish traders in Spain started playing a key role in the creation and expansion of the chocolate market. 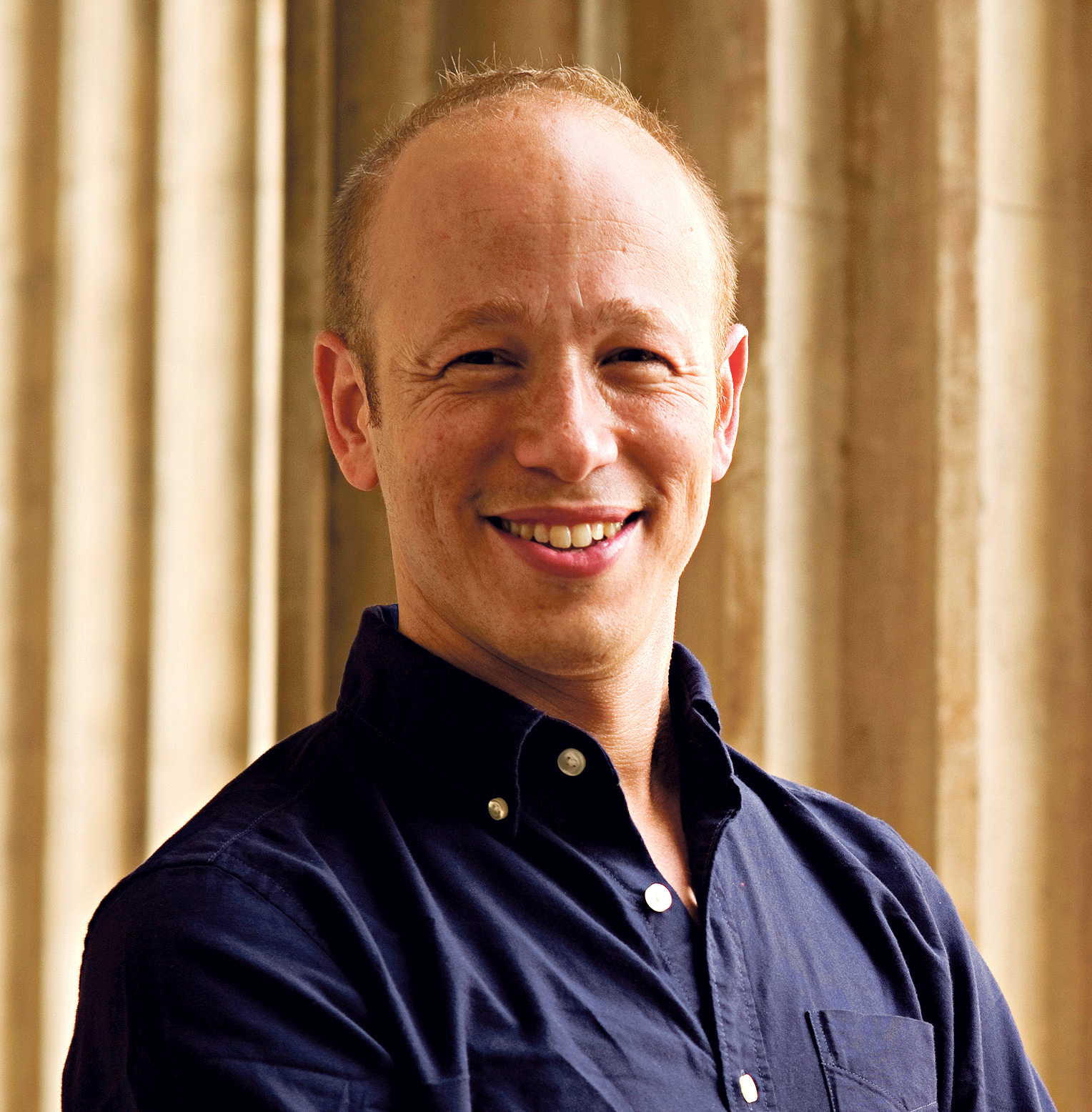 “At the time, they were blocked from numerous occupations as a result of widespread antisemitic prejudice: the chocolate business was something the Jews were permitted to do so they embraced it.”

From there, chocolate was introduced to the southern French town of Bayonne in the early 1600s by Jews who had fled Spain during the Inquisition.

Leventhal says that just as you can trace the movement of the Jewish community through aubergines, “equally, you can tell the story of Jewish emigration through chocolate”.

He tells me: “As they travelled, they took with them different things, including cocoa beans and the knowledge of how to make chocolate.”

The book contains sprinklings of facts, including that Europeans were introduced to chocolate in 1502.

Christopher Columbus (who some believe was Jewish himself, although he certainly voyaged with a number of Jews) was given cocoa beans as a gift
on the island of Guanaja, but mistakenly thought they were almonds or goat’s droppings.

Meanwhile, in Curaçao, Leventhal says, it is traditional to have hot chocolate at a brit milah as Jews played a huge role in introducing chocolate to the Caribbean island almost 500 years ago. 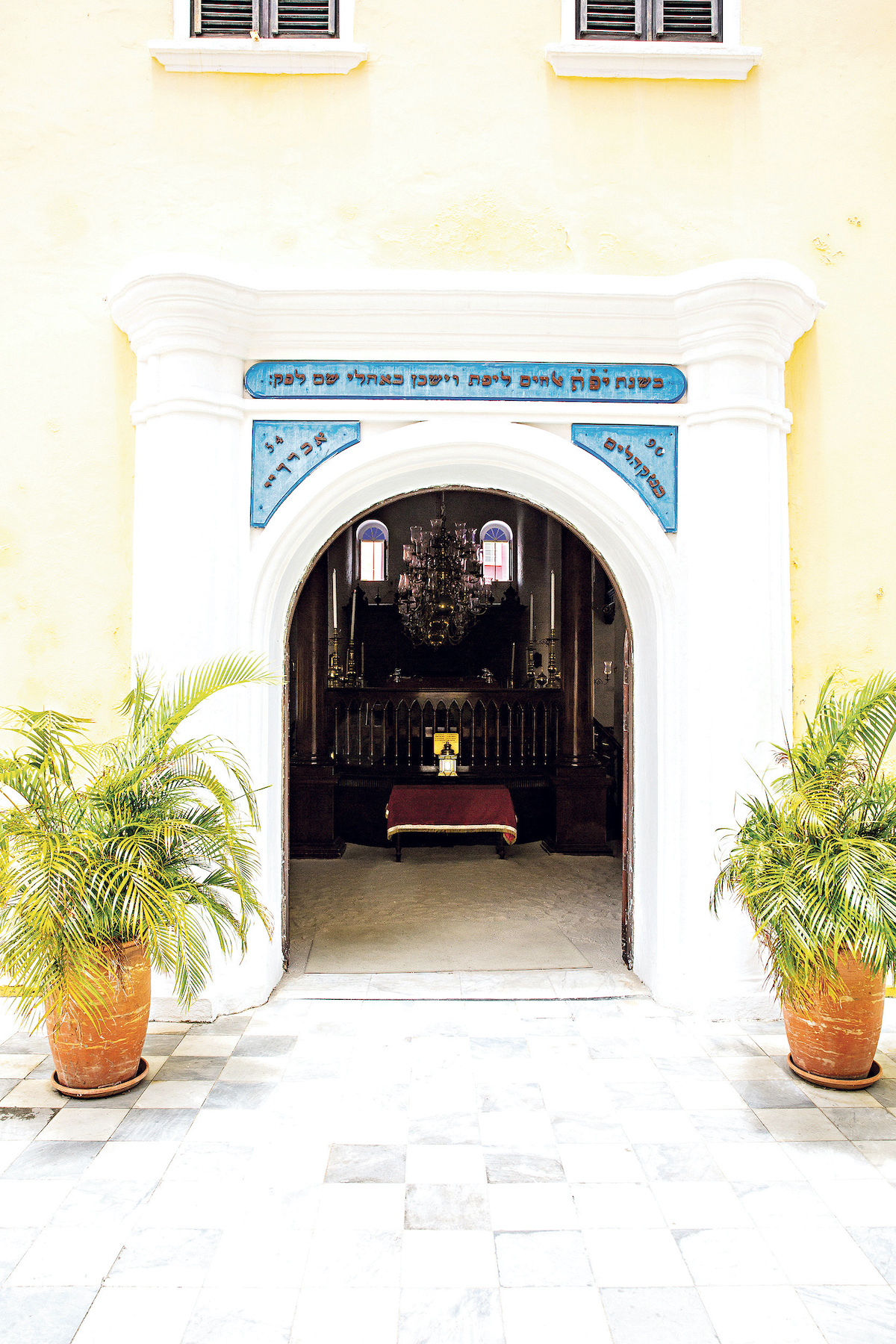 The Mikvé Israel- Emanuel Synagogue on the Caribbean Island
of Curaçao, which has a vibrant Jewish history

He hopes anyone with an interest in Jewish history or baking will pick up the book and says it contains something for everyone.

“There are relatively simple recipes and some very challenging, original ones,” reveals Leventhal, who is the publisher of Greenhill Books and Green Bean Books.

“There’s also a section on the connection between the Jewish community and the global chocolate trade. Jews have been involved with chocolate for more than 500 years and they still are – there are plenty involved in the trade in England and overseas. It’s one of those peculiar, relatively unknown aspects of Jewish history.”

The book was an accidental lockdown project while Leventhal was juggling work and home schooling his children, aged eight and six.

As a publisher of children’s books – and a confirmed chocoholic – he was writing a children’s book about chocolate, telling the story about Spanish Jews who introduced it to France in the 1600s. 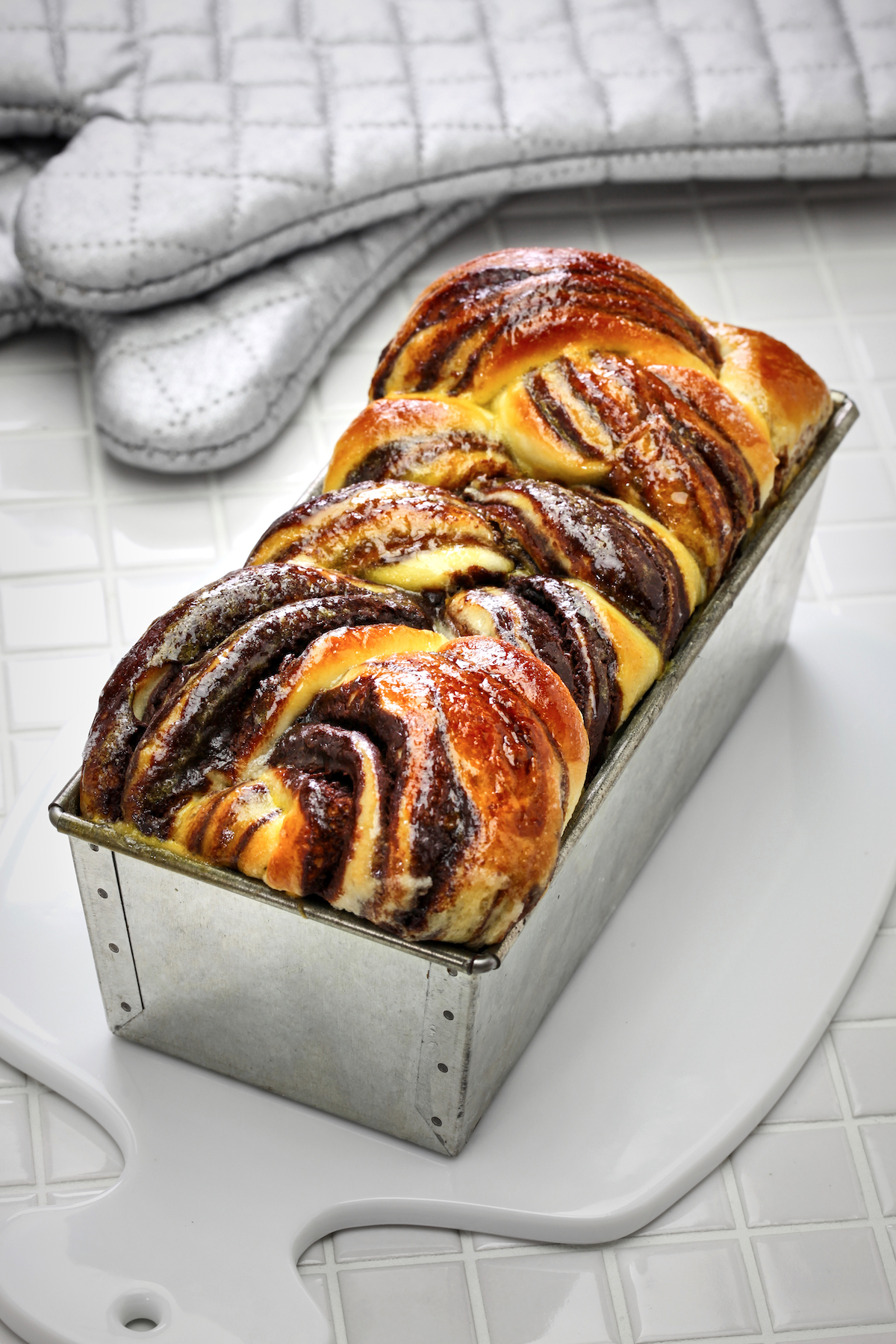 “As a sort of spin-off project, I thought it would be fun to collect a few chocolate recipes from chefs and cookery writers,” and, as the founder of Gefiltefest, a London food festival celebrating Jewish food and culture, he knows quite a few. “But that mushroomed in a way I didn’t expect. I don’t think anyone has ever put together a collection of Jewish chocolate recipes and my target was 50 such recipes.”

Mouth-watering desserts to try yourself include the requisite chocolate chip cookies and brownies, alongside other delicacies such as chocolate mousse cake, Sachertorte, Sicilian caponata, chocolate chilli and chocolate cardamom truffles. 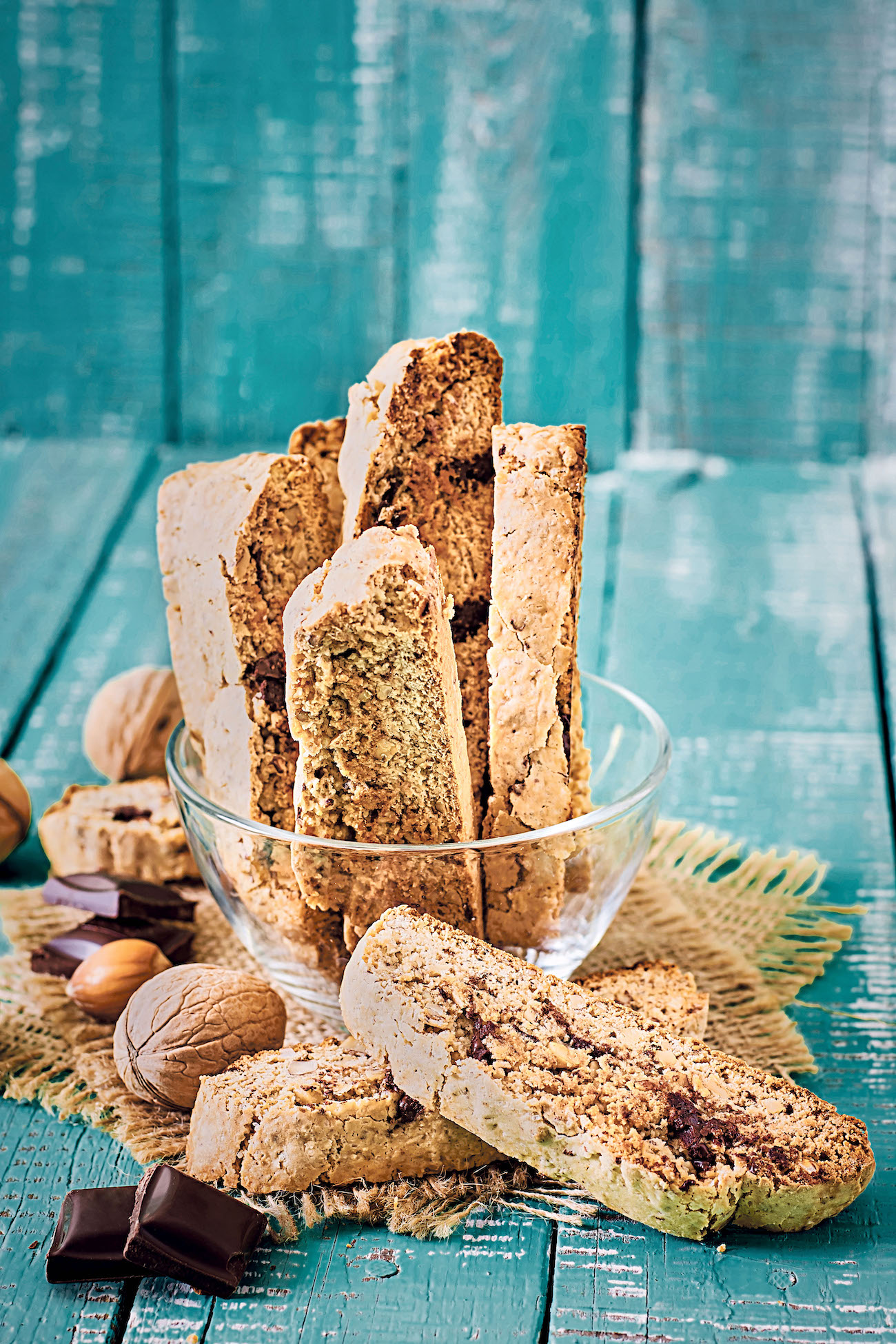 Boulou, a Jewish Tunisian cross between a biscuit and a cake

Leventhal, 48, chose to link up with Chai Cancer Care and aims to raise £10,000 for the charity. His mother is undergoing treatment for cancer
and Leventhal says Chai has provided “incredible support” for his entire family. He himself has benefited from counselling from Chai, just one of the services it provides for those living with cancer and their families.

“Unfortunately, so many people and their families are affected,” says Leventhal, who grew up in Elstree and now lives in East Finchley with his family. “I’ve worked with a lot of Jewish charities and Chai is one of the best. Chai has also published a few other cookbooks, so it was a natural fit.”

He calls himself a food enthusiast and says he only found out about other types of Jewish cooking when he met Rachel, now his wife, 11 years ago. “She’s an incredible Sephardi cook, and it opened my eyes to this whole world of Jewish food that, with my Ashkenazi background, I had no idea about.” 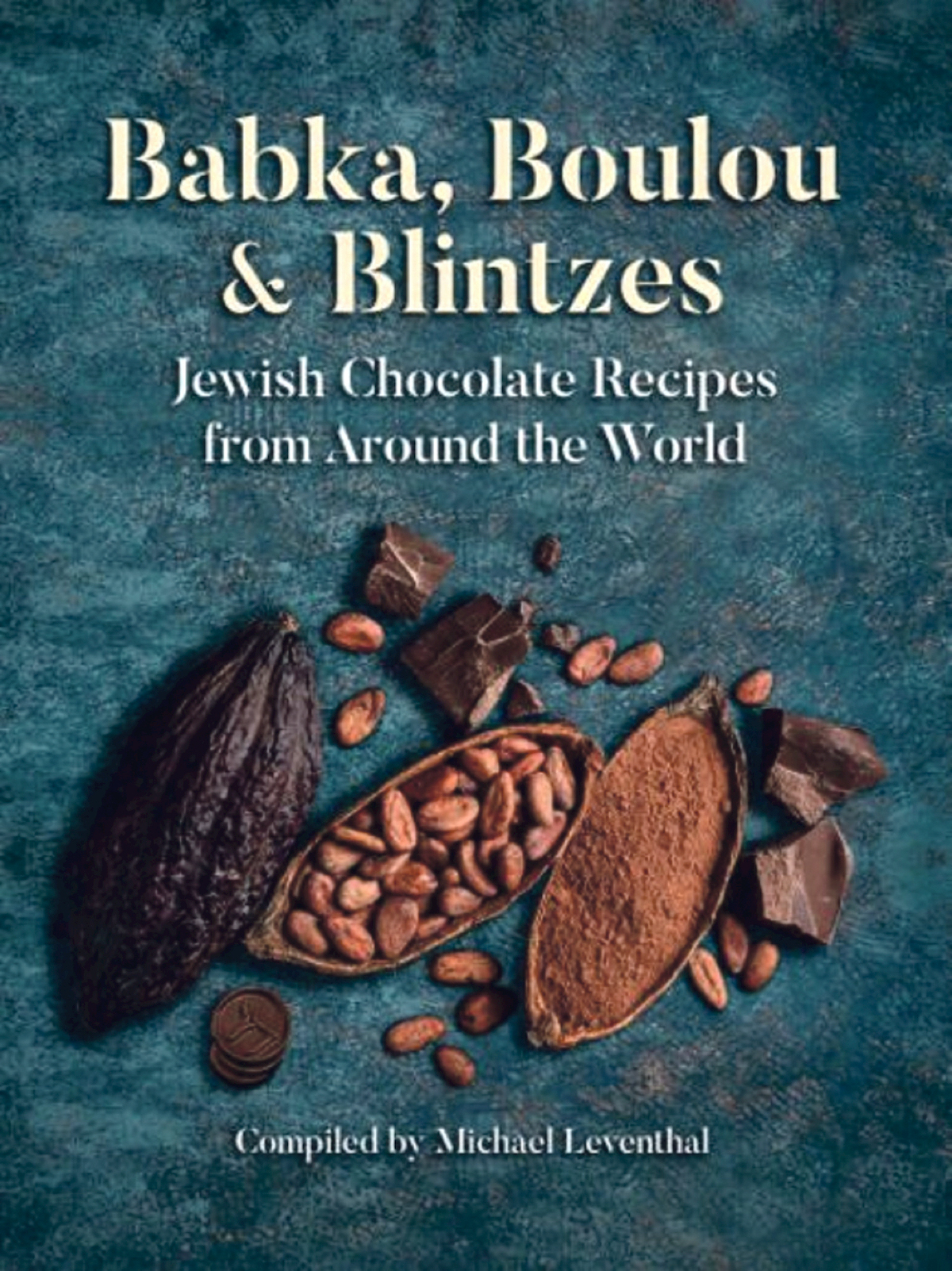 He realised food is a formidable way to connect people, tell stories, explore history and “just have fun”, adding: “Food becomes a vector for talking about Jewish culture, history and law.

“There’s a Claudia Roden line that every recipe has a story, which I like because it’s true – even looking at hot chocolate, if you think about where the recipe for it came from, you end up telling a story that goes back 500 years.

“With so many cakes, you can trace exactly where in the world they came from if you dig deep enough.”