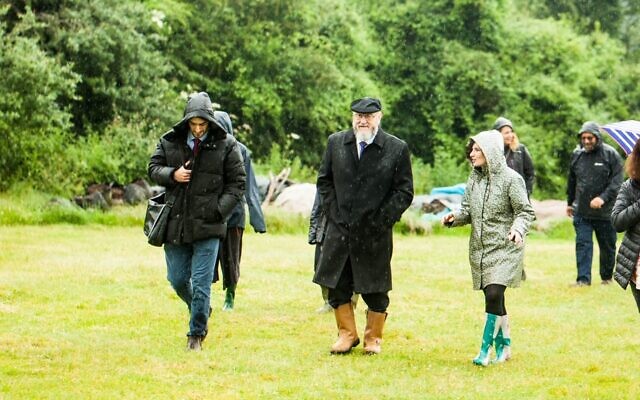 The Chief Rabbi has praised the team behind the newly-opened Sadeh Farm in Kent, thought to be Europe’s only kosher environmental initiative as “all about Jewish religious values”.

Ephraim Mirvis told Jewish News: “God gave us this world to look after and we have a responsibility to invest in the future of the planet. It’s very much a Jewish concept.”

Sadeh opened a family hotel centre at the end of May, but this week marked a formal opening – by the Chief Rabbi – of the hotel and a realisation of a dream for its chief executive, Talia Chain, and the director of the eco hotel, Naomi Verber.

Having six years ago completed a fellowship at Adamah in Connecticut, Chain is paying it forward with a new group of young Jews taking up fellowships at Sadeh. (The Adamah Fellowship is a three-month programme for people in their 20s and 30s that integrates organic agriculture, farm-to-table living, Jewish learning, social justice and spiritual practice.)

Now there is a sense of pioneering as the young (temporary) farmers, under the eagle eye of land manager Alex Sylvester, plant and weed and mind the hens in the Chicken Palace.

Produce from the farm’s microbrewery and food fermenting initiative is sold in the Sadeh shop. A polytunnel for vegetable planting arrived a few weeks ago and, in what used to be a football pitch for the former Skeet House, a destination for Jewish youth clubbers in the 1950s and 60s, there is a glorious meadow, left partly un-mown to attract butterflies and bees. In a fruit orchard stand trees donated by the Extinction Rebellion group, and a herb circle for celebrants of Havdalah when Shabbat ends. 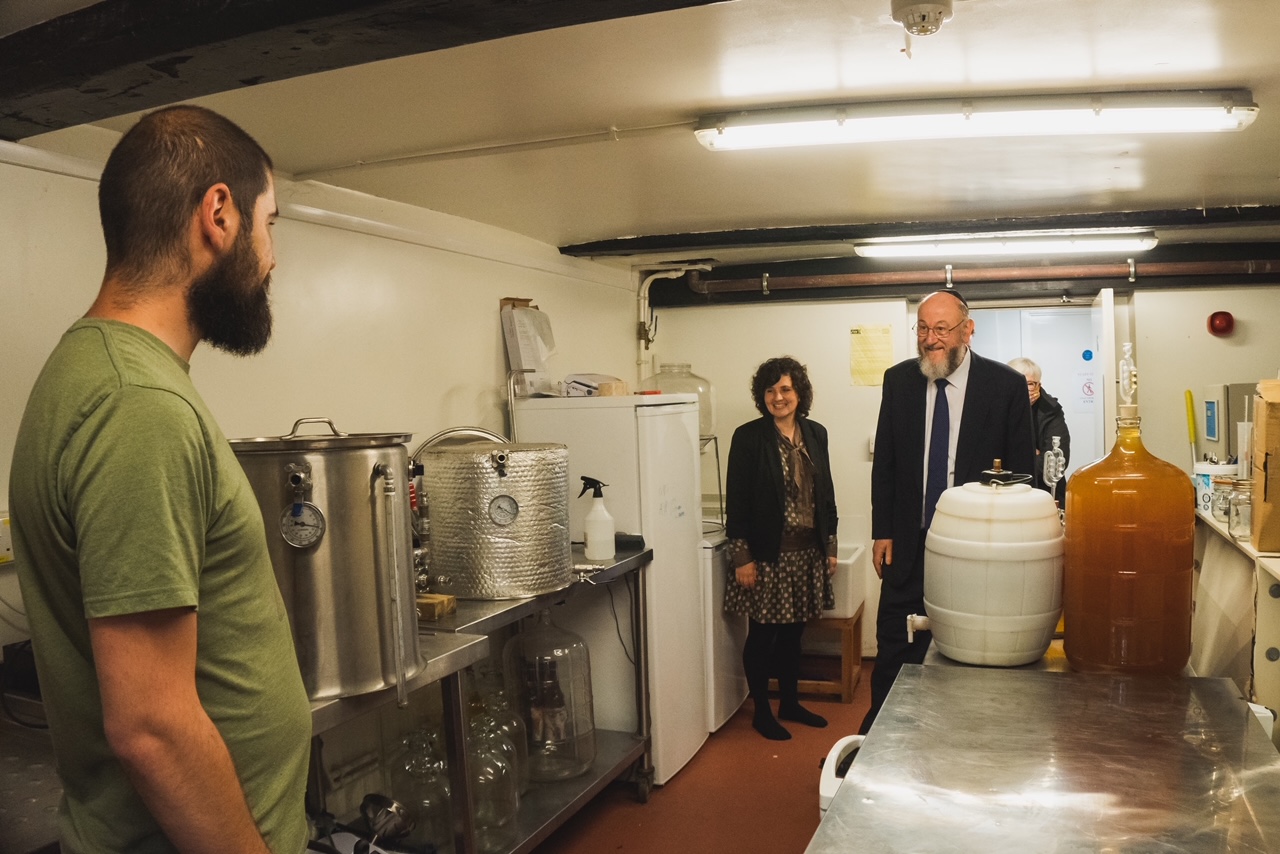 Although it rained unmercifully on the opening day, the Chief Rabbi, in his remarks to Sadeh’s enthusiastic supporters, made it clear that in Jewish tradition “there is a prayer to God not to listen to prayer”.

It was the prayer of the high priest, he said, imploring God not to listen to the prayers of travellers. “The reason,” explained Mirvis, “is that when you’re travelling, you’re hoping for good weather. If God would listen to all the prayers of all the travellers, it would never rain. And that means goodbye to the earth.”

The message was that “we should see beyond ourselves and our aspirations and hopes. It’s crucially important for the earth to exist and be replenished.” He believed the threat to the environment was accepted by everyone and that something needed to be done. 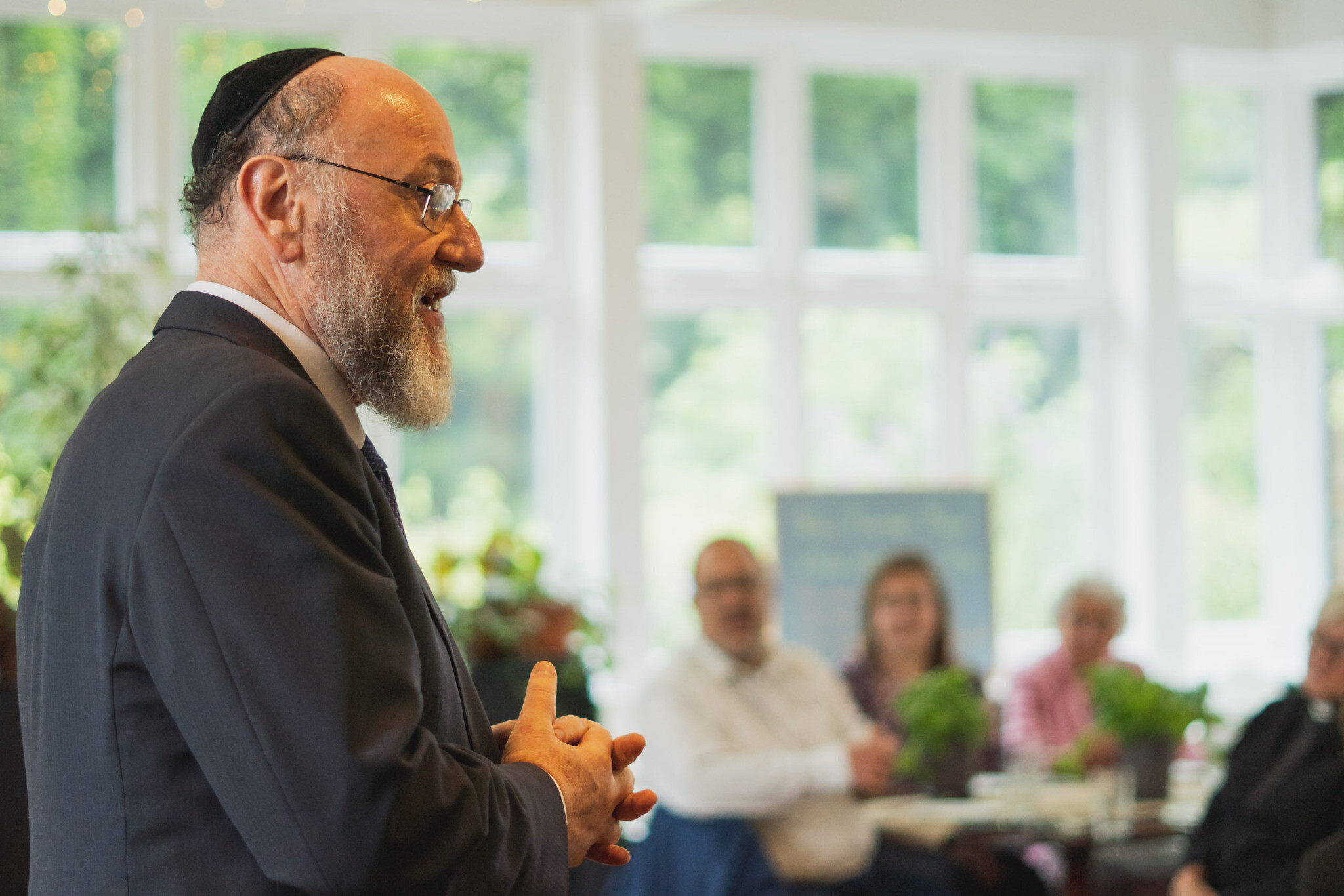 Mirvis saw three stages in the environment crisis: “Awareness, what we need to be doing, and actual delivery. Sadeh enables us to be aware, to educate and inspire. People need to be absolutely ready and dedicated to do something about it.

“The trouble with human na-ture is we don’t often get to the third stage. It’s not good enough just to be motivated. We need to deliver.”

He had been inspired, he said, by the passion of the Sadeh team. “You talked about what was needed, and you did it. We need every single person to do something. The time has come for us to engage in meaningful and constructive action. It’s a very Jewish concept, a deeply-rooted Jewish imperative.” 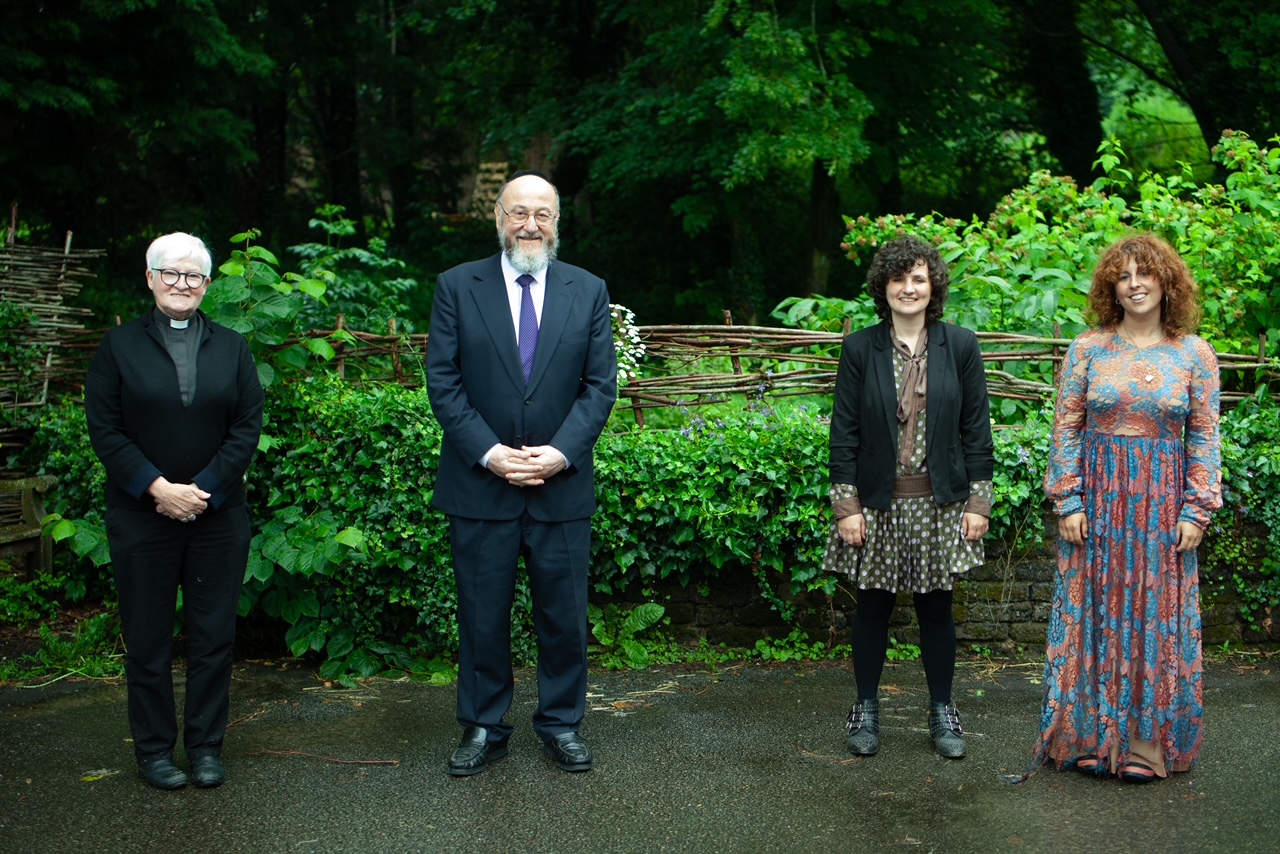 At a practical level, he told Jewish News, a kashrut licence was important “because it means everyone can come here and enjoy what Sadeh has to offer. And it is significant because it is a statement, showing that [Sadeh’s environmental work] is integral to our faith. It’s a message to all of society and, as a Jewish community, I’m very proud of this initiative and I’m here to celebrate it and congratulate it.

“We are becoming more familiar with the urgent need to look after our environment – and we do need to be more engaged. The challenge is to translate that recognition into meaningful, constructive action.”