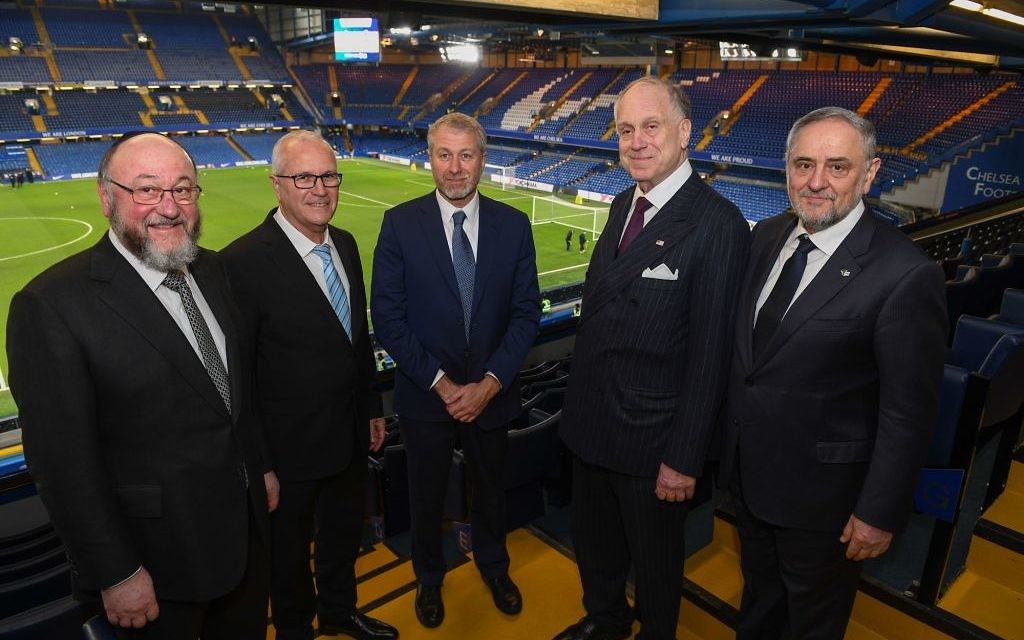 Chelsea’s billionaire Russian Jewish owner dedicated Wednesday’s Premier League match to “victims of the Holocaust and to the Jewish community”, as the club launched an initiative to combat anti-Semitism.

The owner was joined by Chief Rabbi Ephraim Mirvis, Israel’s Ambassador to the U.K., Mark Regev, and international Jewish representatives, as the London club launched its campaign against Bournemouth on Wednesday night.

Chelsea dedicated the pre-match ceremony at Stamford Bridge to the scheme, unfurling a banner which read ‘Say No To Antisemitism’, before kick off. Match-day programmes featured the initiative prominently, with the cover showing Chelsea stars Eden Hazard and N’Golo Kanté holding up signs opposing racism, and the club’s Russian billionaire owner writing about it in the booklet.

Writing to Chelsea fans, the Jewish tycoon said; “At the start of 2018, I am reminded of the important milestones we have achieved together as a club since 2003.

It has always been important to me to create a club that is welcoming to everyone. We actively celebrate our cultural and religious diversity and, through the work of the Chelsea Foundation, deliver programmes to promote equality and tackle discrimination all over the world. However, we are all too often reminded there is more to be done.

Tonight’s game is an important one. On 27 January, the world observed Holocaust Memorial Day. The Holocaust was a crime without parallel in history. We must never forget such atrocities and must do our utmost to prevent them from ever happening again. It is my honour to dedicate this match to the victims of the Holocaust and to the Jewish community.

This evening I am proud to launch an initiative to raise awareness of and to tackle antisemitism in all its forms, and hope to have your support for this work.

This is the start of an important journey and we all have a part to play. We can all do something to challenge discrimination at our club as well as within the world around us. With your help, Chelsea can play a leading role in this vital area of work and demonstrate to everybody that we are a club open to all.

Yesterday's match with Bournemouth marked the start of our campaign to tackle antisemitism in football.

Chief Rabbi Ephraim Mirvis praised Chelsea Football Club for being “courageous enough to publicly acknowledge they have a problem. I think that all clubs have a problem , but Chelsea have acknowledged that and have said let’s develop a strategy and not just an ordinary strategy, but a brave strategy. One which is comprehensive, one which will educate and inform and inspire players and supporters will a whole raft of educational initiatives.

“I’m exceptionally impressed and I hope that other clubs will follow suit. Clubs worldwide. This is a very impressive initiative.” 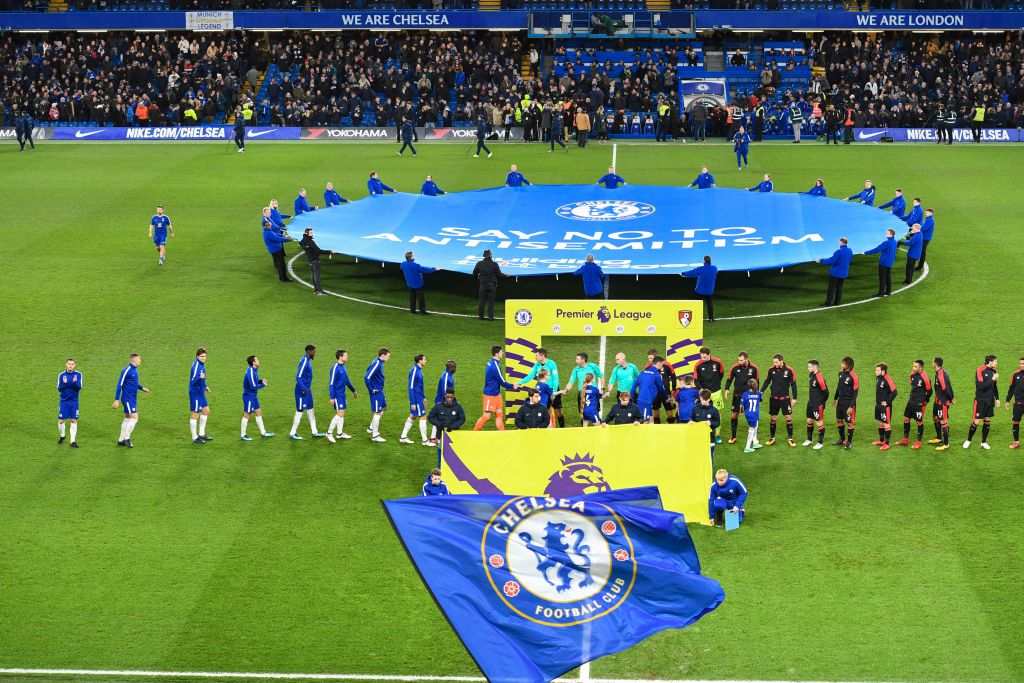 Asked whether the community would engage with the initiative, or if it would be focused on the club itself, he said: “Something interesting about the fight against anti-Semitism in the UK is that this country views anti-Semitism  not exclusively as a threat to the Jews, but a threat to all of society. What starts with Jews spreads and it affects other people as well. Anti-Semitism is an ill within our society, and that’s how it’s recognised in the UK. So it’s not left to the Jewish community to deal with this. Anti-Semitism is something that is dealt with from our government down, and it’s great that various sports clubs and others can take on initiatives that are creative and ambitious such as the one they have launched this evening.”

Robert Singer, Executive Vice-President of the World Jewish Congress spoke to Jewish News, explaining why the organisation had backed the campaign. He said: “I think we should give 100 percent credit to Roman Abramovich, who took this very strong and powerful step. I think Chelsea is just the beginning. It’s a very strong brand name. It’s a very strong team, and I think that many other clubs will follow. People understand the current situation is intolerable. Things should change through education.” 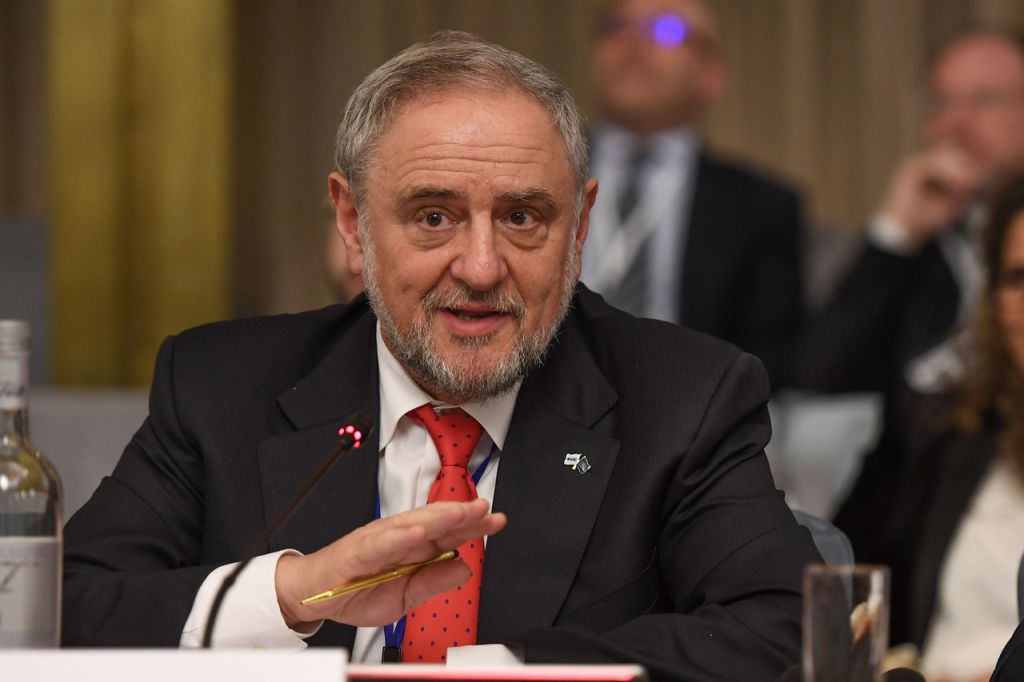 He added, that “the fact you had 42,000 people sitting in the stands, seeing the slogan ‘Say No To Anti-Semitism’, means many people were exposed to it and I think it’s only the start of the process.”

Chair of the All Party Parliamentary Group Against Anqtisemitism, John Mann MP also praised the campaign, calling it “hugely significant, not only because it’s a big internationally renowned football club, but more importantly, the initiative has come from the top. It’s Roman Abramovich himself who’s behind the initiative”.

Mann added: “We talk to other clubs, not just in this country, but internationally, and recommended this sort of approach to them.”

Earlier in January, Italian club Lazio was fined £43,520  after their fans plastered a stadium with stickers showing Anne Frank wearing the uniform of Roma fans.

The prosecutor said that the stickers, posted in October in Rome’s Olympic Stadium had “clear anti-Semitic intent, constituting discriminatory behaviour.”

Mann said it would be great for one of the Rome clubs to adopt a similar campaign against anti-Semitism, like Chelsea. He added, “I’ve met with Roma, the biggest club in Rome and suggested it to them.“

Karen Pollock, Chief Executive of the Holocaust Educational Trust said: “Every effort made to fight it should be applauded and welcomed, and we are delighted and proud to be working with Chelsea Football Club to ‘say no to antisemitism”. This comes after the club joined the World Jewish Congress’s global #WeRemember campaign, to commemorate the Holocaust.