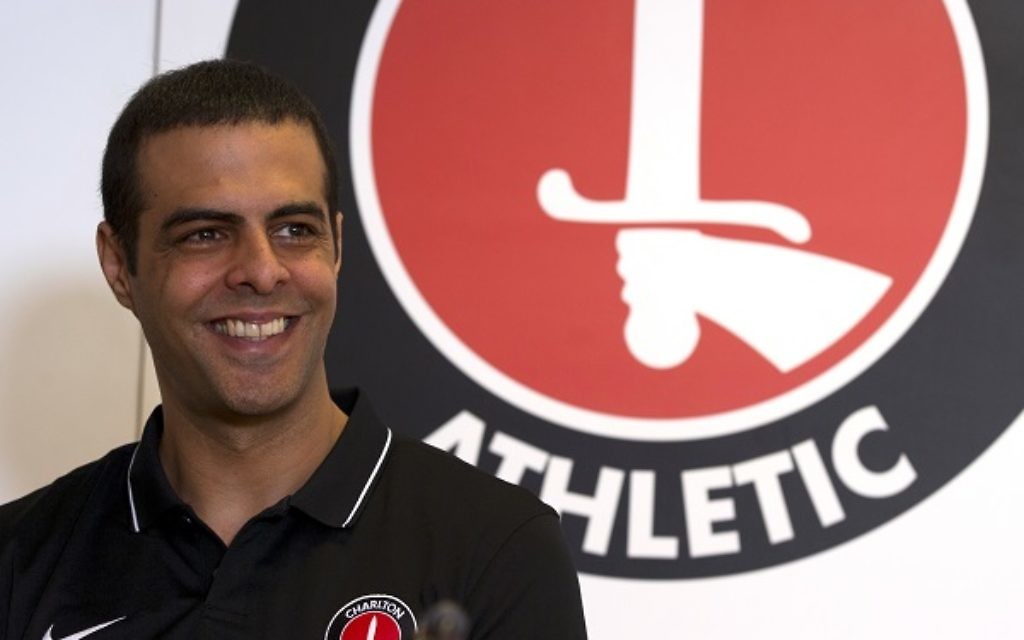 Luzon was sacked after defeat to Brentford on Saturday

Charlton are looking for their fifth manager in less than 20 months after Guy Luzon was sacked following Saturday’s humbling at the hands of Brentford.

Appointed head coach at the Valley in January, things initially looked good for the Israeli as the Addicks finished 12th last season.

However, a horrid start to the Championship campaign has cost Luzon his job, with the club wielding the axe after Saturday’s embarrassing 3-0 defeat to London rivals Brentford.

The head coach is followed out of the door by first-team coach David Martane and assistant head coach Damian Matthew, who has been at Charlton since arriving as a youth coach nine years ago.

“Given the recent downturn in results and following Saturday’s 3-0 defeat to Brentford which leaves the Addicks in 22nd position, the board felt they had to make a change at this time,” a club statetment read on www.cafc.co.uk.

“The club would like to thank the trio for their efforts and a further statement will be made in due course.”

Luzon’s exit is the fourth managerial change since Belgian businessman Roland Duchatelet took over the south London club in January 2014.

Chris Powell, Jose Riga and Bob Peeters have all come and gone, with Charlton now looking for a new manager once again – a development Luzon was clearly unaware of as he spoke to the media after the game.

“I will stay positive and prepare my team in the best possible way for the next game and need (the players) to come in with the same attitude they started with today,” he said.

“I am strong in the head and I need my players to continue. I am full of confidence for my squad. I always speak to the president but those conversations are between me and him.”

Luzon’s departure somewhat takes the gloss off an impressive Brentford performance at the Valley.

John Swift’s first-half header opened the scoring, with a delightful curling effort by Alan Judge and goal from substitute Lasse Vibe wrapping up a 3-0 away win.

It means temporary manager Lee Carsley has won his last three games, although insists he does not want the Brentford job on a full-time basis.

“It’s not a first time manager’s role,” he said. “It’s not a see how you get on, it’s a big job with a forward thinking club potentially going to the Premier League. I don’t feel I am the right person for that.

“I thought we performed better at Wolves. At Wolves we controlled the game from start to finish but I didn’t think we did that today.

“The way we took our chances, the way we pressured them, we won the ball back quickly, we did all the basics well.”