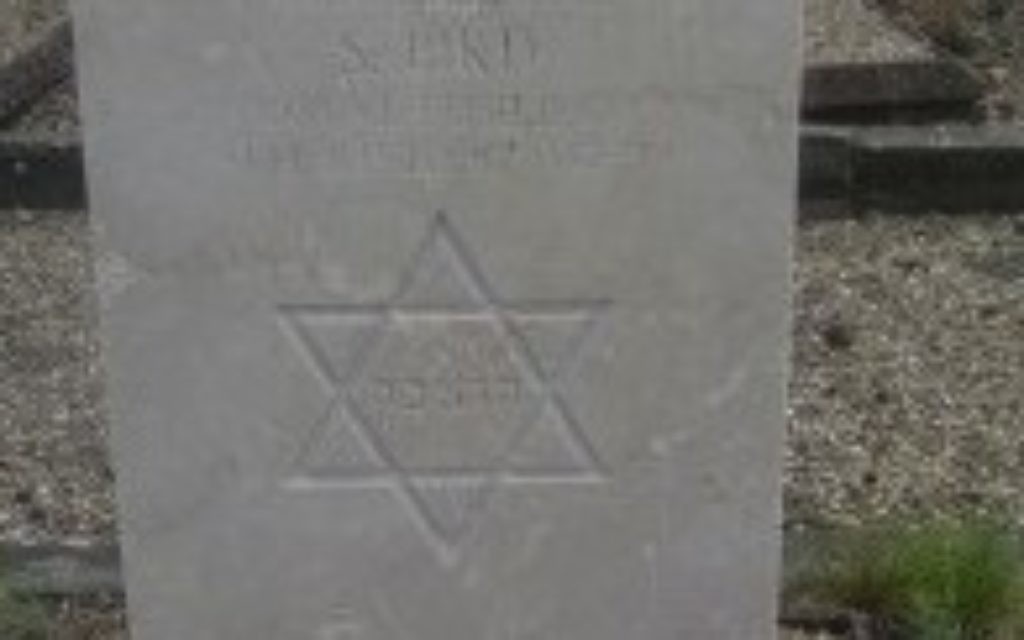 A chance discovery of a polished new gravestone for a 19-year-old Jewish soldier who died nearly a century ago will result in a special memorial ceremony this month.

Jewish military researcher Stan Kaye stumbled across the stone in Plashet Cemetery in the East End while he was looking for the gravestone of a Jewish nurse who also died in the First World War.

Kaye, who lives in Peterborough, said: “The discovery set off a lot of questions – who was this soldier, how did he die, who was he related to, did he have any surviving family, and why was his War Graves Commission headstone so new?”

The questions set in motion a story of perseverance and family ties that will culminate in a consecration at the cemetery on 21 August.

Open to all, it has drawn military standard bearers, local dignitaries and distant relatives of the mystery soldier, some of whom will be crossing the Atlantic to be at the ceremony.

The gravestone was marked in memory of Private Solomon Bird of the Royal Fusiliers. Kaye followed up by contacting the Association of Jewish Ex-servicemen and Women (AJEX) and Jewish Military Museum archivist Martin Sugarman, only to find that little was known about the young man who had died.

“Someone had told the War Graves Commission about Solomon Bird, but we don’t know who,” Sugarman said. “The commission looked into it, and immediately agreed that a proper headstone was needed. They put it up late last year.”

Kaye embarked on more research and found surviving records which told him that Solomon Bird died in the UK from a burst appendix, having just returned from fighting in Europe. Kaye’s search for family shifted from the archives to the web. “I went on hundreds of ancestry sites, searching hundreds of family trees, leaving dozens of messages,” he said.

“It’s quite a common name and because we didn’t have much to go on, it was like looking for a needle in a haystack.” He had almost given up hope when he received an email from a woman in the US saying: “I think you’re looking for us.”

She was the wife of a man called Elliott, who turned out to be Solomon’s great-nephew. “I was in shock, but in a nice way,” Kaye said. “It’s incredible. The family are determined to come to the UK for the ceremony.”

With this first contact, Kaye followed a trail that led him to other family members back in the UK, including Leeds and Waltham Abbey, where he found Sue Wells, Solomon’s great-niece. “American family members told us that Solomon was one of 13 brothers and sisters, three of whom died young,” Mrs Wells said. “They lived in London and then Nottingham. We found out that Solomon’s father, Samuel, died when Solomon was 14.”

With distant relatives located, Kaye arranged a consecration, and added Solomon’s name to the list of war dead read out earlier this year at the Tower of London, where thousands of people were drawn to a dramatic display of memorial poppies. The ceremony at Plashet Cemetery will include military standard bearers from AJEX, the Royal British Legion and the Royal Fusiliers, as well as a sprinkling of VIPs.