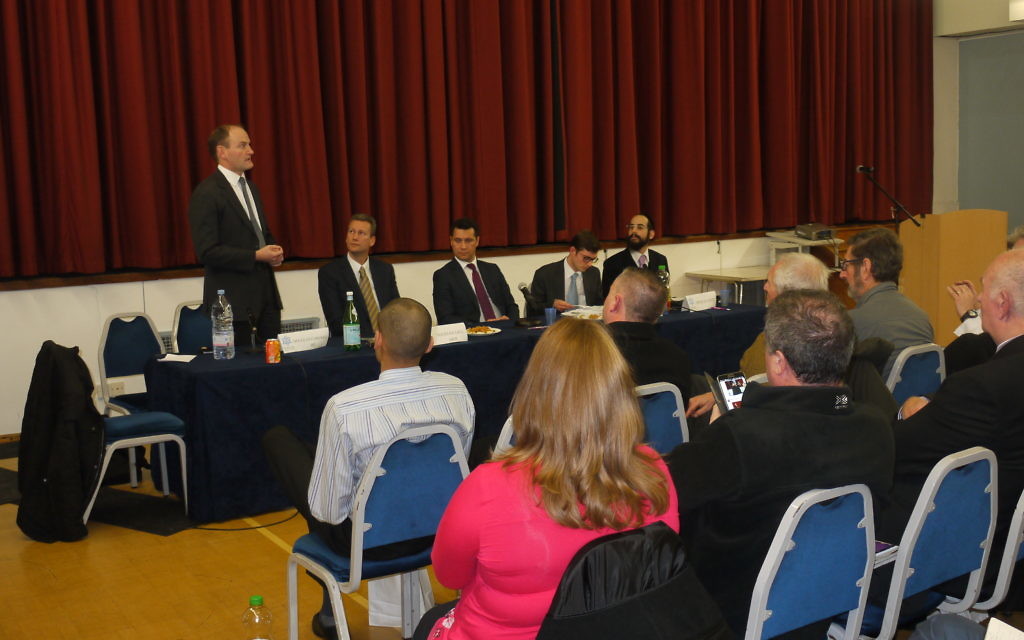 Douglas Carswell has pledged to make it his job to stand up to the anti-Israel prejudice among the “elite” in Britain in his first address to a pro-Israel gathering since becoming a UKIP MP.

The former Tory politician was speaking at a Friends of Israel in UKIP event in Westminster, which also saw addresses from two prominent MEPs and a brief surprise appearance from Nigel Farage.

Carswell told the 60-strong gathering that one of the first things he did after winning the seat in October was to call Conservative Friends of Israel’s Stuart Polak to assure him he would “always remain” a friend of the Jewish state despite his defection.

He said: “No country better embodies the idea of national self-determination than Israel. For a millennia Jewish people have said ‘next year in Jerusalem’.” He pointed to the country’s triumphs in the tech arena and suggested those who oppose Israel among the left have invented “the myth of tyrannical Israel” in an effort to explain its successes.

Carswell suggested Israel no longer receives the fair hearing it once did in Britain and said he saw his duty as “standing up against prejudice among the elites”.

Asked about the upcoming vote in the European Parliament on recognition of a Palestinian state, expected later this month, Carswell suggested those that wanted to a state “must act like a state” and not launch rockets attacks.

It came in the same week as the MP held talks with representatives of the Jewish Leadership Council and CST – but the Board of Deputies stayed away after, in order to save its group in the European Parliament, UKIP joined forces with a Polish MEP whose party leader has stated that Hitler was “probably not aware that Jews were being exterminated”.

JLC chief executive Simon Johnson said concerns over the alliance were raised: “I consider that this was right meeting, with the right person, at right time. We found Douglas Carswell continuing to be supportive on all the issues of current concern to the Jewish community.”

At the Westminster event – organised by FOI in UKIP chair Shneur Odze – UKIP MEP Steven Woolfe, the party’s defend the alliance but said they wouldn’t work with him if further information came to light suggesting he had personally made racist or other statements.

Meanwhile, UKIP will hold hustings for the three Barnet parliamentary seats next week. Finchley and Golders Green and Hendon, the constituencies with the largest Jewish communities, and Chipping Barnet will all select candidates.

Finchley’s Tory MP Mike Freer pointed to the party’s 0.6 percent share of the vote in 2010 and said: “Of course will be interesting to see how the candidate justify their deportation of immigrants policy in a constituency built on immigration.”