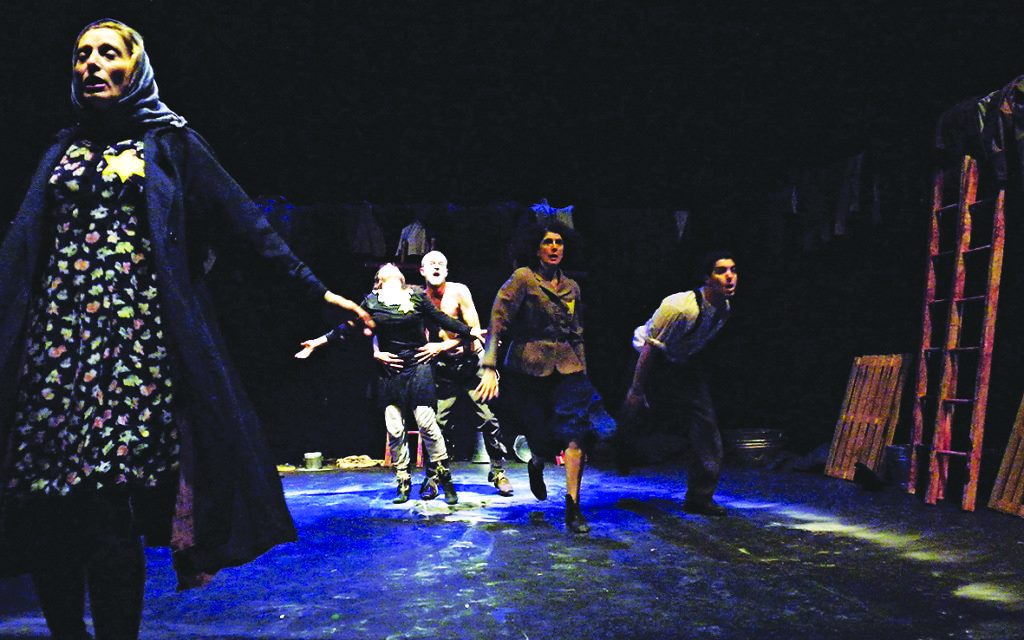 Writer Julia Pascal has captured all the drama of one city in her play about Israel’s capital, says Rebecca Wallersteiner

Sometimes a book or play makes you question everything you thought you knew about something. In my case, it was award-winning playwright Julia Pascal’s play Crossing Jerusalem, which describes 24 hours in the life of an Israeli family who traverse the Israeli capital during the 2002 intifada to eat in an Arab village.

In the course of a single day, Arab and Jewish histories burst into the present in the most politically tense capital in the world. Full of Jewish black humour, the play seethes, sparks and crackles rather like the simmering moods in the holy city itself. Although the work was first shown in 2002, the anniversary of the second Israel-Gaza war this summer makes her play particularly relevant today.

This is the first British production since its premiere at the Tricycle Theatre in 2003. It was produced in Germany in 2007 and will be presented in Miami next year.

As the anxious eyes of the world are turned to the Middle East, this play brilliantly captures how the present is shaped by the past. Has Pascal lived in Israel? “When I was 14, my family tried to move there. It failed. I attended a Scottish missionary school in Jaffa for eight weeks. I have not lived in Jerusalem, but I have spent a lot of time there. I am a sponge and that’s why you say I’ve captured the atmosphere,” she tells me.

Pascal has created an ambitious fiction, which aims to question the perspective of a generation of Israelis critical of their parents’ Zionism and examining Israeli government policy. “I am fascinated by Jewish culture and my family history, but we were never Orthodox,” she says. “I can’t believe in any god. For me, the Jewish compulsion is provoked by curiosity and desire to understand.”

The production takes a look at the issues from the points of view of two families living in Jerusalem, one Jewish and one Palestinian. On one side, we have the Kaufmans, a troubled jumble of secrets and insecurities meeting before 38-year-old reservist son Gideon goes off serve in the occupied territories.

His wife, Yael, is about to celebrate her 30th birthday and longs for the son that her husband denies her. His dominant mother Varda, married to a wise-cracking Russian immigrant, chides her daughter Lee for being childless.

The most likeable character, Lee, teaches at a school where Arabs and Jews are educated together and is addicted to secret, casual sex. On the other side, we meet dispirited Yusuf and his younger brother Sharif, who vents his anger by throwing stones at soldiers. Their Palestinian father was once employed by Varda and sacked for stealing.

As the Kaufman family gathers to celebrate Yael’s birthday, unresolved emotional tensions rise as bombs explode in the background. The fates of Israeli Jews, Arabs and Palestinians become intertwined on one day.

Pascal’s play is driven by a sense of political urgency and creates valuable opportunity for debate. Her Arab and Jewish characters defy media stereotypes and she uses family drama as a microcosm of national tensions.

Pascal has a long history as a stage director and was the first woman to direct at the National Theatre. Broadcast last month by BBC Radio 4, her political drama From Fact To Fiction is an example of how she has created new roles for Jewish female characters in her work.