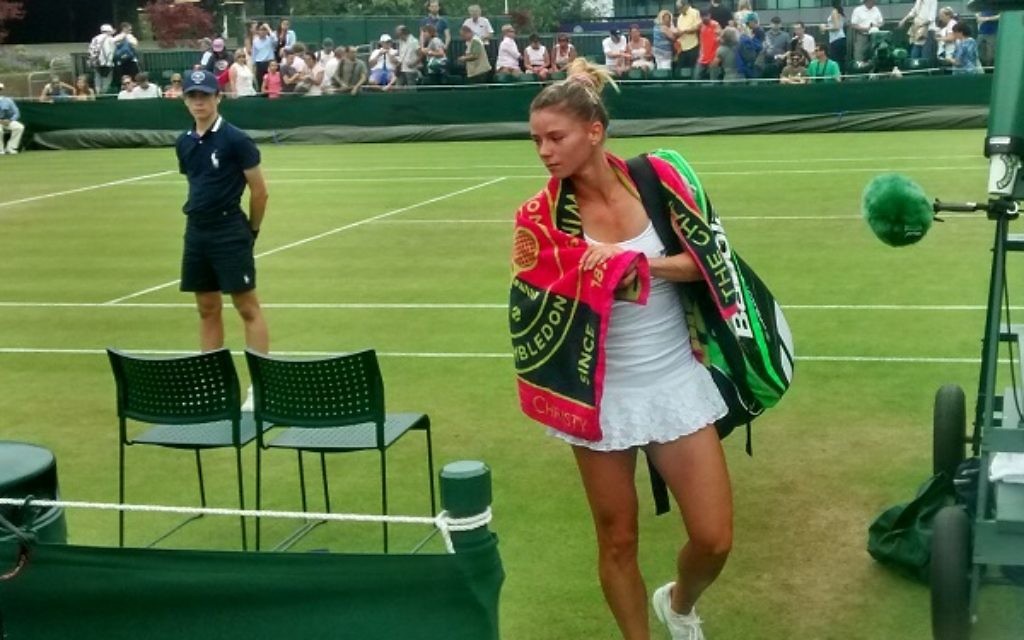 Camila Giorgi will next face Caroline Wozniacki in the third round

Italian Camila Giorgi comfortably booked her place in the women’s singles third round on Thursday afternoon to set up a daunting clash against Caroline Wozniacki.

The first set against Spaniard Lara Arruabarrena proved to be not much of a contest, as she effortlessly won it 6-0. The second set though proved to me a lot more competitive, with the first game alone nearly matching the entire duration of the first set.

Broken early on, the second set was a lot more nip and tuck, and it was no surprise that it went to a tiebreak – which Giorgi won 7-5.

Her reward is a daunting task against the fifth seed, Wozniacki, which should take place on Saturday, where a win would see her match her best ever showing at Wimbledon, when she reached the fourth round in 2012.

Giorgi can afford to go into the match with some confidence, given that she’s beaten the Dane twice and lost once in their previous meetings. Speaking about the tie, Wozniacki said: “Camila is a player that you don’t really know what to expect. She’s hitting every ball as hard as she can. Either it goes in or doesn’t go in.

“For me, it’s just about staying focused.  I need to try to keep pressure on her.  I need to return well, serve well, try not to let her dictate too much. Once she can dictate, she’s a dangerous player. She is going to take the ball very early.  She serves well, goes for every shot.”

Wozniacki also seemed to take issue when she continued to be asked about the third round clash, asking the interviewee: “Are we in Camila’s press conference or are we in mine?  I’m starting to not know exactly.  You can ask her. I really don’t know what’s going on inside of her head. I’m sorry. I know what’s going on inside of my head.  That’s all I can answer. Next question. Jesus.”

Later on Thursday, Yoni Erlich and German Philipp Petzschner are set to take on American Jewish player Scott Lipsky and Treat Huey from the Philippines, in their men’s doubles second round match.