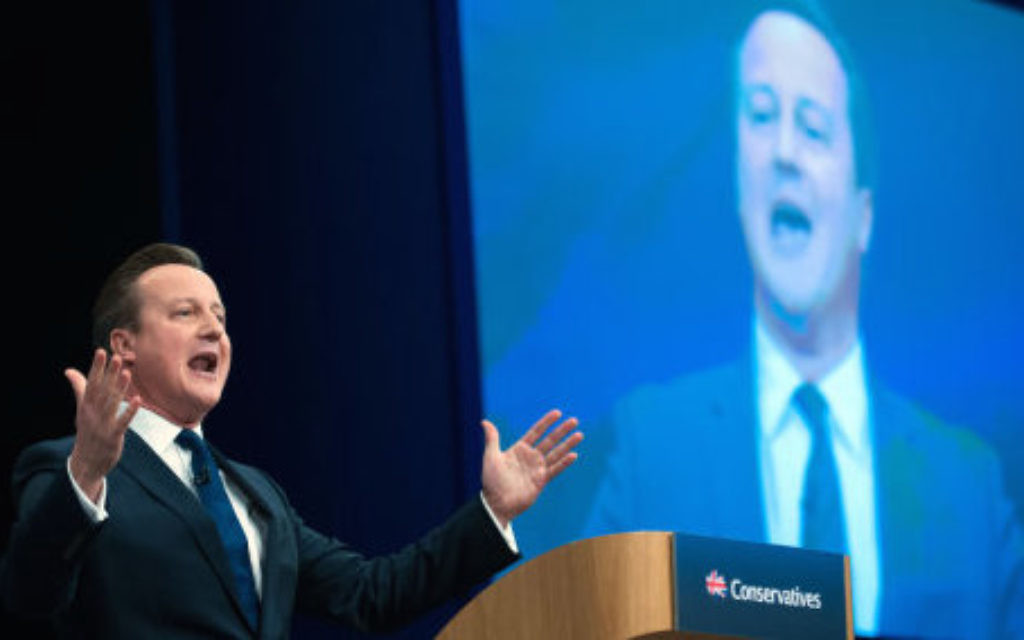 The Prime Minister used his main speech to the Conservative Party Conference in Manchester to unveil plans to open religious schools to inspection.

Mr Cameron told party activists there was nothing wrong with children learning about their faith whether that was in madrassas, Sunday schools or Jewish yeshivas.

But he told party members: “Did you know, in our country, there are some children who spend several hours each day at a madrassa?

“Let me be clear: there is nothing wrong with children learning about their faith, whether it’s at madrassas, Sunday schools or Jewish yeshivas.

“But in some madrassas we’ve got children being taught that they shouldn’t mix with people of other religions; being beaten; swallowing conspiracy theories about Jewish people.

“These children should be having their minds opened, their horizons broadened, not having their heads filled with poison and their hearts filled with hate.
“So I can announce this today: If an institution is teaching children intensively, then whatever its religion, we will, like any other school, make it register so it can be inspected.

“And be in no doubt: if you are teaching intolerance, we will shut you down.”

The Prime Minister said extremist schools were part of a wider problem of segregation within some communities, adding extreme madrassas “incubate these divisions”.

He said: “There are parts of Britain today where you can get by without ever speaking English or meeting anyone from another culture.”

Mr Cameron continued: “For too long, we’ve been so frightened of causing offence that we haven’t looked hard enough at what is going on in our communities.

“This is passive tolerance. And I’ll tell you where it leads: To children, British children, going to Pakistan in the summer holidays, before they’ve even started their GCSEs, and forced to marry a man they’ve never met.

“Children, British children, having their genitals mutilated, not just in a clinic in Lagos but the back streets in Britain.

“This passive tolerance has turned us into a less integrated country; it’s put our children in danger. It is unforgivable.

“So let me say it right here: no more passive tolerance in Britain. We’ve passed the laws – now I want them enforced.”

Downing Street said that the new inspection regime would apply to an estimated 5,000 religious institutions offering eight or more hours of study a week to children in England, including Christian Sunday schools and Jewish yeshivas as well as up to 2,000 madrassas.

Many of these offer teaching within places of worship, but others are conducted in homes.

At present, these institutions are not required to register with the authorities and are not subject to inspection.

They will now have to register with the Department for Education, and faith groups will be consulted on the precise details of how inspections should be conducted and whether they should be carried out by schools watchdog Ofsted or another body.

A Number 10 source said that Mr Cameron’s initiative came in response to concerns raised about some madrassas by members of the Muslim community.

The source stressed that it was expected no problems would be found with the vast majority of madrassas, but in cases where hatred was being preached, institutions could be closed down and individuals banned from working with children.