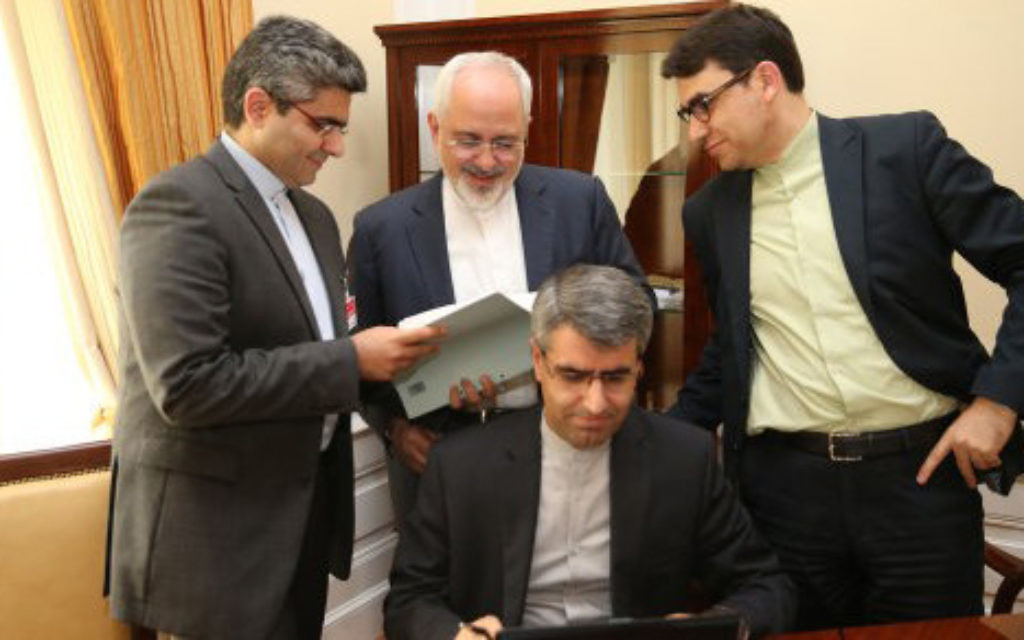 The Iranian nuclear delegation read through the deal

The Iran nuclear deal will not result in any lessening of pressure on Tehran over its support for terrorism and its destabilising influence in the region, Prime Minister David Cameron insisted as he sought to reassure Gulf allies.

Mr Cameron said the UK and international allies who struck the historic accord to restrict Iran’s nuclear programme to non-weapon use “have no starry-eyed naivety” about the regime and would “remain as tough as we’ve always been”.

The PM told Iranian president Hassan Rouhani that agreement to allow in UN inspectors in return for the lifting of some sanctions could pave the way to closer co-operation on issues like countering the threat from the Islamic State (IS) terror group and reopening the UK’s embassy in Tehran.

But the deal has unsettled Iran’s foes in the region such as Saudi Arabia and Israel.

Asked about those fears, Mr Cameron told Al Arabiya television: “The message I would send to the Gulf allies that we have is: Britain stands with you.

“We are strengthening our defences in the Gulf, we’re working with you more closely. We absolutely have no starry-eyed naivety about the Iranian regime.

“We know about the causes they support, the terrorist groups they have funded, the problems they’ve contributed in the region, and we say: ‘step one: we’ve got them away from a nuclear weapon; step two is to now engage with them directly about these issues and seek changes in their behaviour on these issues too.”

Ensuring Iran could not develop nuclear weapons was “good for the region … good for regional stability”. he said.

“But we’re not aligning with Iran. We will remain as tough as we’ve always been about support for terrorism, about destabilisation of other countries, about support for the Syrian regime, which we think is an illegitimate regime; we think that Assad has been the recruiting sergeant for Isil, and we want to see an end to that regime, and we don’t change our views on those things at all.

“We stand with our important Gulf allies in those views.”

He told NBC’s Meet The Press: “I spoke to President Rouhani and said that we want to see a change in the approach that Iran takes to issues like Syria and Yemen, and to terrorism in the region. And we want the change in behaviour that should follow from that change.

“But actually taking the nuclear weapon issue off the table, that is a success for America and Britain and our allies. And we should be clear about that.”