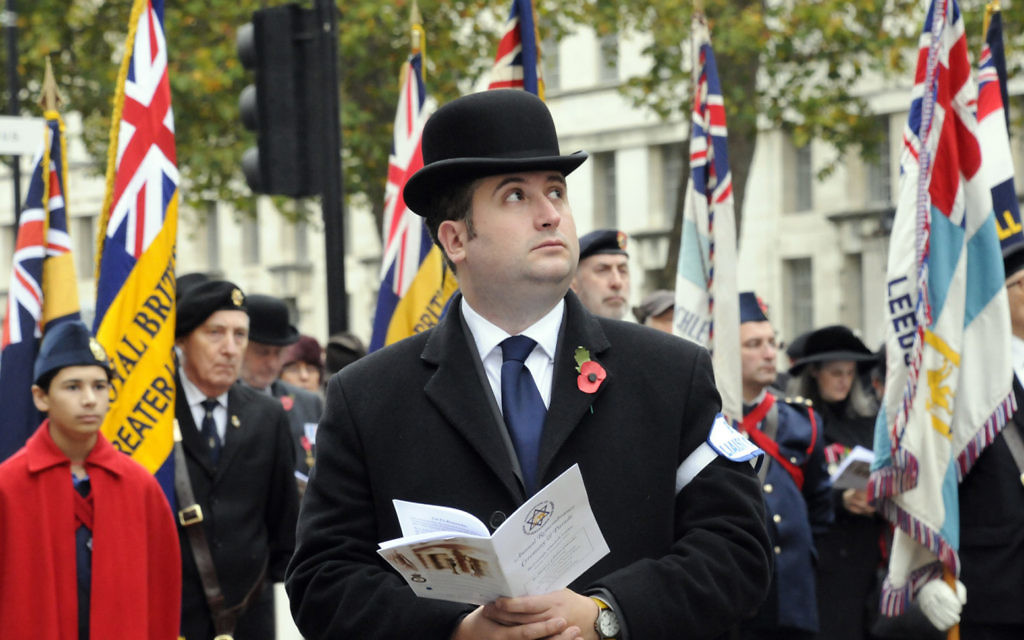 Current and former military personnel were among 2,000 marchers paying tribute to their fallen colleagues at the Cenotaph last weekend.

Supporters lined the route in Whitehall for the Association of Jewish ex-servicemen and women’s annual parade as Field Marshall Lord Guthrie, former chief of the defence staff, took the salute on Sunday.

The event marked seven decades since the end of the Second World War and the liberation of Belsen by British forces and 100 since Gallipoli. A minute’s silence was held for all those who lost their lives, Jewish and non-Jewish, fighting for Britain in conflict.

Reflecting on the event’s “great success”, AJEX National chair Brian Bloom said: “We remembered the one and a half million Jewish men and women who served on allied side in ww2 of whom 65,000 were British Jews. We are immensely proud that we as Jews have contributed so much to this country.”

Delegations from France and Israel also took part in the parade. During a reunion tea, a silent tribute was also held for the victims of the terror attacks in Paris in January and last Friday.

The Queen sent her best wishes for those taking part, while David Cameron wrote: “We owe an extraordinary debt to all those personnel of Jewish heritage who have given such dedicated and loyal service to our country in past conflicts The sacrifices they and all those who served in our armed Forces have made to keep us free must never be forgotten.” He described as “noble” AJEX’s mission to remember the fallen and educate about the community’s record of service.

Neil Martin, chief executive of JLGB – whose association with AJEX goes back to its inception and which once again provided a band and standard bearers – said: “As the years pass by, it falls to the younger generations of the Jewish community to carry the torch of remembrance. The JLGB is proud to stand shoulder to shoulder with AJEX in memory of all those who fought and died for Britain and the future of the Jewish people.”

While numbers of military personnel will dwindle in future years, Bloom pledged: “We will continue to parade. It will be smaller but we now march with the Board, League of Jewish Women, schools. It’s a Jewish ex-servicemen and women’s parade but it is also a communal parade.”

Lieutenant Colonel Simon Soskin of the Grenadier Guards, became the first serving officer in recent history to serve as commander of the parade.