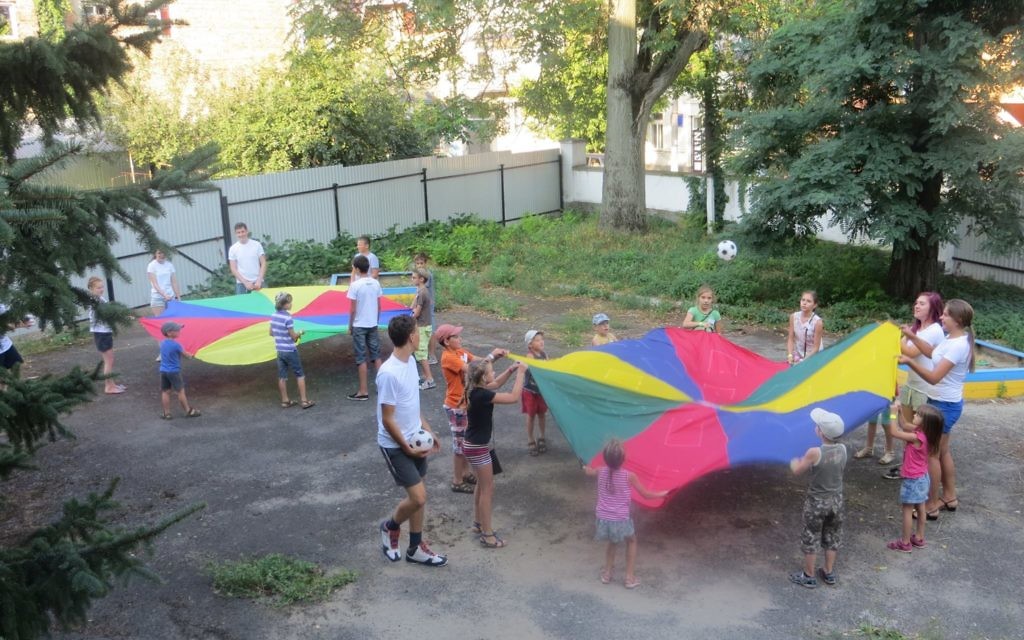 A Jewish charity from London has declared its first summer camp in Ukraine a success after it took eight British youngsters out to the war-ravaged country to work with local children.

The London teenagers, aged 15, were drawn from Hasmonean Girls’ and Boys’ Schools, as well as from JCoSS, North London Collegiate School and JFS.

The madrichim had earlier been given nine months’ leadership training, which helped them to lead camp activities, designing and organising an itinerary for 30 Ukrainian children aged between four and 13 years.

Formed in 2012, it was the charity’s first-time summer camp – a natural progression after Dawn Bennett took an interest in twinning as part of her batmitzvah. Her father, Jason Bennett, said: “She didn’t just want to give money, she wanted to get to know them, so we went out, and started off informal teaching, then extended it.”

Bennett, an accountant who runs the charity part-time, said: “With the situation in Ukraine all being negative publicity, our trip was to show how the UK cares about the Jewish community.”

Jews in former Soviet states experienced religious repression, he said, creating a generation that is having to re-learn its Judaism, with little or no knowledge of religious practices. “Simple things, like lighting Shabbat candles, seder night, eating matzah at Pesach, all traditional rituals… they are having to learn,” he explained.