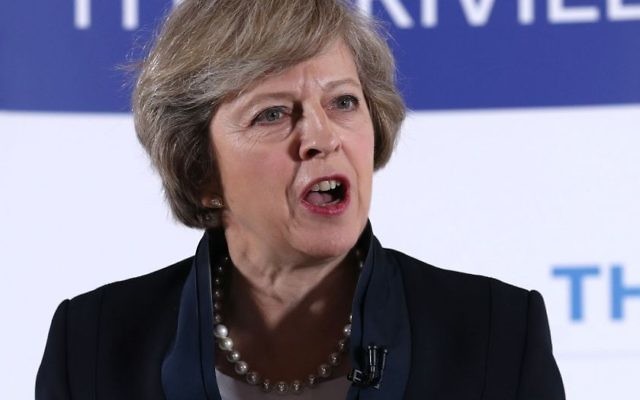 Britain has blocked a French initiative to have the European Union push for peace between Israelis and Palestinians.

According to diplomats quoted in Ha’aretz, Britain’s veto meant that the EU Foreign Affairs Council could not adopt the position agreed during Sunday’s Paris Peace Conference, which was boycotted by both Israelis and Palestinians.

Among the 70 nations represented in the French capital at the weekend, Britain was only granted observer status, having sent a junior delegate to an event the Foreign and Commonwealth Office said was badly timed and likely to “harden positions”.

The British representative subsequently refused to sign off on the end-of-conference summation, and on Monday, British diplomats torpedoed the French request that the EU adopt the agreed position.

It comes a day after incoming U.S. President Donald Trump urged Britain to block any further resolutions on Israel, prompting an unnamed European diplomat to say the UK “can’t base foreign policy on someone’s Tweets”.

Britain’s veto follows comments from Prime Minister Theresa May earlier this month, when she took the unusual step of criticising U.S. Secretary of State John Kerry’s criticism of Jewish settlements in the West Bank. This surprised observers, who noted that just days before, the UK voted to adopt a U.N. resolution doing just that.

Had it been adopted, the Paris agreement would have urged both Israelis and Palestinians to “to officially restate their commitment to the two-state solution, thus disassociating themselves from voices that reject this solution”. This is thought to be in reference to Benjamin Netanyahu’s ultra-nationalist cabinet colleagues.

The agreement also called for Israelis and Palestinians to “independently demonstrate, through policies and actions, a genuine commitment to the two-state solution,” and to “refrain from unilateral steps that prejudge the outcome of negotiations on final status issues”. Among the issues to be decided by negotiation were Jerusalem, borders, security and refugees, they said.