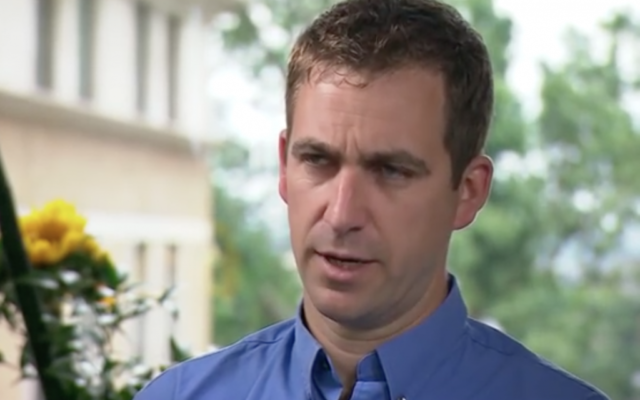 The husband of murdered MP Jo Cox said he had observed a rising feeling of xenophobia in Europe “long before hatred and fascism scarred my own family.”

Speaking today at The Anne Frank Trust Annual Lunch, international campaigner Brendan Cox revealed how he and his late wife had grown concerned about how the EU had been handling the migrant crisis and “what had happened to tolerance in our world.”

He said: “This reaction wasn’t specific to refugees, it was part of a much wider, more violent reaction against otherness that had been growing under the surface for years.

“2016 was not some sudden shift, it was simply the year in which we pulled back the covers and began to realise the extent of the decay.”

Cox, a former Save The Children executive, has spent time working with refugees in conflict zones, including Bosnia, Rwanda, and Cambodia. Four years ago, he visited Auschwitz with his wife, “to understand better what – at his worst – man is capable of. We spent a day there, seeking to comprehend how something like this could come about.”

He added: “What all these genocides have in common is not how they were conducted. It’s how they started. They didn’t start with tanks, machetes or gas chambers, they started with prejudice. That prejudice turned into hatred, that hatred became fuelled with anger, that anger turned into violence and in each of those countries that violence became systematic.”

Seven months after his 41-year-old wife was brutally murdered by white supremacist Thomas Mair, the father-of-two became visibly emotional as he revealed his life now was “dedicated” to “bathing our children in love, giving them the security, the adventure and joy that children should find in life”, as well as to bringing a sense of unity back to society, rather than division.

“It’s very possible that 2016 could go down as a historic turning point, the year that the UK and Europe turned in a direction from which it could not come back. But it could also be the wake-up call that we needed, the shattering of our complacency and a catalyst to bring our country back together again around the things that unite us.”

Echoing these sentiments, communities secretary Sajid Javid called on society to, “strive for a world in which our differences make no difference.”

Revealing he had suffered racial abuse while at school, Javid added: “Hatred of people who are different is nothing new. What’s different today is we have no excuses for not tackling it.”

Ahead of Holocaust Memorial Day, Javid also announced £375,000 will be made available to encourage the reporting and prevention of hate crime.

Last summer, the government pledged £1million for projects aimed at young people as part of its Hate Crime Action Plan.

The event at London Hilton on Park Lane concluded with memorial candles lit by Holocaust survivor Susan Pollack, refugee support worker Musa Hassan Ali, a survivor of the 1994 Rwandan genocide, and Martina, a young Anne Frank Ambassador originally from Poland, in tribute to Arek Jozwik, the victim of a racially motivated murder in Harlow last August.