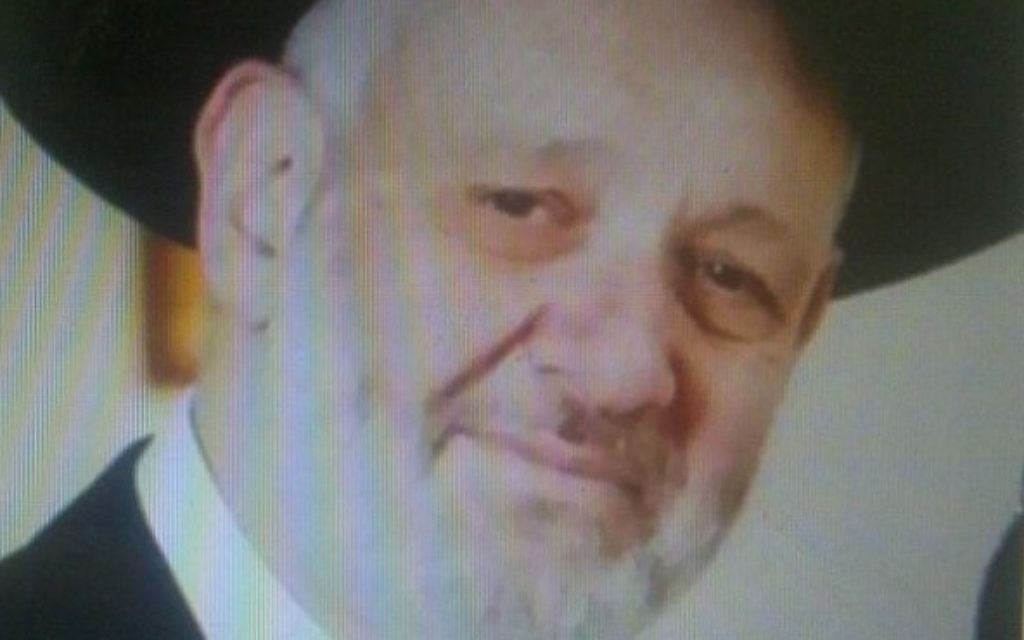 Rabbi Goldberg, who was in his 60s, spent many years living in Golders Green before moving to Israel.

Rabbi Goldberg, who was in his 60s, spent many years living in Golders Green before moving to Israel.

A British-born rabbi and grandfather from Liverpool and former resident of Golders Green was among four people killed today in a terrorist attack on a Jerusalem synagogue, writes Suzanne Baum.

Rabbi Avraham Shmuel Goldberg, who worked in publishing, made aliyah in 1993. He was killed with three others when terrorists attacked the Har Nov synagogue in Jerusalem.

A regular member of the synagogue, Rabbi Goldberg, who was 68, spent many years living in Golders Green before moving to Israel.

“He was the most wonderful person you could meet, a pillar of the community,” one of Avraham best friends, David Osborne, who narrowly missed being caught in the attack, told Jewish News.  “I was on my way to the synagogue when I heard screams and shots being fired, I knew instantly it was bad.”

A lawyer who also made aliyah, Mr Osborne lives opposite the synagogue. He was crossing the road to attend the second minyan when the incident occurred.

He added: “I saw from the outside of the synagogue that something terrible had happened. I couldn’t get inside as within seconds security and police were there. All I could hear was people screaming.”

Within seconds Mr Osborne, who saw Avraham daily, heard his close friend was one of those who had been murdered.

“I went into complete and utter shock. This is a quiet neighbourhood; nothing ever happens here it is just a peaceful area where many people have come to make aliyah.

“Avraham prayed there most days for the last ten years or so, he was a devout Jew with no political agenda. All he wanted was to live a peaceful life. His family are the nicest people you could meet. They had lots of children and several grandchildren.”

According to Mr Osborne, the wife of Rabbi Goldberg is a secretary at the Neve Yerushalayim Seminary. “She is the kindest and sweetest women I have met; their home was always an open one as they welcomed everyone in. She does so much chesed.”

Describing his friend as “the best of British”, Mr Osborne added: “He was very devout in his prayers and an extremely popular member of the synagogue community. There was no security outside the building as in Israel synagogues are an open-house. We welcome everyone in. I also knew well the other three men who were killed. This is a total human tragedy.”

A Foreign Office spokesperson told Jewish News: “We can confirm a dual British-Israeli national is among the dead.”

The other victims have been named as Rabbis Moshe Twersky, 59, Aryeh Kupinsky, 43, and Kalman Levine, 55.

The attack, the deadliest in Jerusalem in years, is bound to ratchet up fears of sustained violence in the city, already on edge amid soaring tensions over a contested holy site.

Prime Minister Benjamin Netanyahu vowed that Israel would “respond harshly” to the attack, describing it as a “cruel murder of Jews who came to pray and were killed by despicable murderers”.

US Secretary of State John Kerry said he spoke to Mr Netanyahu after the attack and denounced it as an “act of pure terror and senseless brutality and violence”.

Israeli police called it a terrorist attack and said the two Palestinian assailants were cousins from east Jerusalem. It was not immediately known if they were affiliated with any group. Hamas, the militant Palestinian group which runs the Gaza Strip, praised the attack but stopped short of claiming responsibility.

Police spokesman Micky Rosenfeld said six other people were injured in the attack, including two police officers. Four of those wounded were reported to be in a serious condition. He said police were searching the area for other suspects.