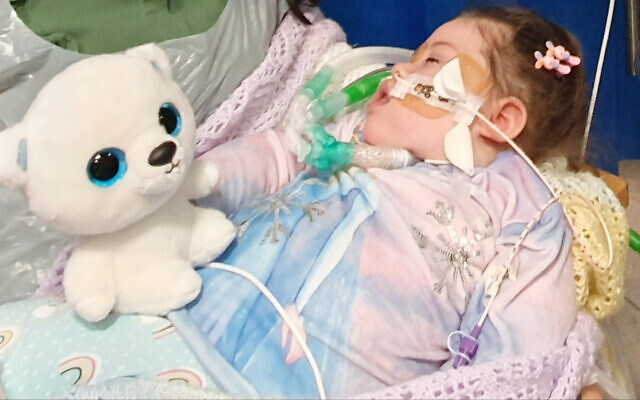 A two-year-old Jewish girl born with severe brain damage has died after she was taken off life support despite her parents’ objections.

Alta Fixsler from Manchester had serious natal complications that made her dependent on life support from birth.

Following the decision, there was anger from sections of the Charedi community who had been campaigning for her to be transferred to the United States or Israel for further medical care. One rabbi accused the UK of having “enacted a death penalty couched in fancy legalese.”

Chaya and Abraham Fixsler said that taking their daughter off life support would contradict their Jewish faith, because it commands the preservation of human life and generally forbids actions to end it. Some rabbis, including Orthodox ones, have diverging opinions on removing patients with incurable ailments off life support.

The High Court ruled in May that ending Alta’s life would be in her best interest, as medical experts said she felt discomfort but could not recover or feel pleasure.

A judge then rejected a petition by the girl’s parents to have her moved to a hospital in Jerusalem. Attempts to make Alta a US citizen did not succeed in time to prevent her death, with even American Jewish New York Senator Chuck Schumer intervening in a bid to get her to the US. Her parents also lost a court battle to have her taken home to end her life.

Sky News quoted a spokesperson for the family who announced Alta’s death Monday evening: “Sad news, little Alta Fixsler’s life support was turned off this afternoon and she died at the hospice with her parents by her side.”

There was, however, anger in some sections of the Charedi community. Rabbi Moshe Dovid Niederman of the UJO of Williamsburg, NY, told Hamodia it was “especially devastating that the U.K. rejected the pleas from both the US. and Israel… to allow Alta to be sent to one of those countries, which were willing to provided her care. Why was this chance for the child to live denied?”

Calling the decision an “utter travesty” he said the UK was a “country that supposedly doesn’t have capital punishment, today enacted a death penalty couched in fancy legalese.”

Board of Deputies president Marie van der Zyl said: “We mourn the tragic loss of Alta Fixsler. We wish her parents Chayim Aruchim – a long life – and that they should know no more sorrow in the years ahead.”