A Chabad rabbi is recovering in hospital after being stabbed eight times outside a Jewish school in Boston.

Rabbi Shlomo Noginski was accosted by a man carrying a gun outside the Shaloh House Jewish Day School in the city on Thursday afternoon.

The suspect tried to force him into his car and Rabbi Noginski, 55, was stabbed after the pair struggled.

Police quickly arrested the suspect, 24-year-old Khaled Awad, who was found to be carrying a knife and a gun.

“The attacker came to him and pointed a gun at him, and said, ‘Open your car.’ [Rabbi Noginski] gave him the key and said, ‘Here’s the key’. And he said ‘No, you open the car,’” Dan Rodkin, the director of the Shaloh House, told CBS local news.

The school, which was hosting a Jewish summer camp, went into lockdown at the time of the stabbing. 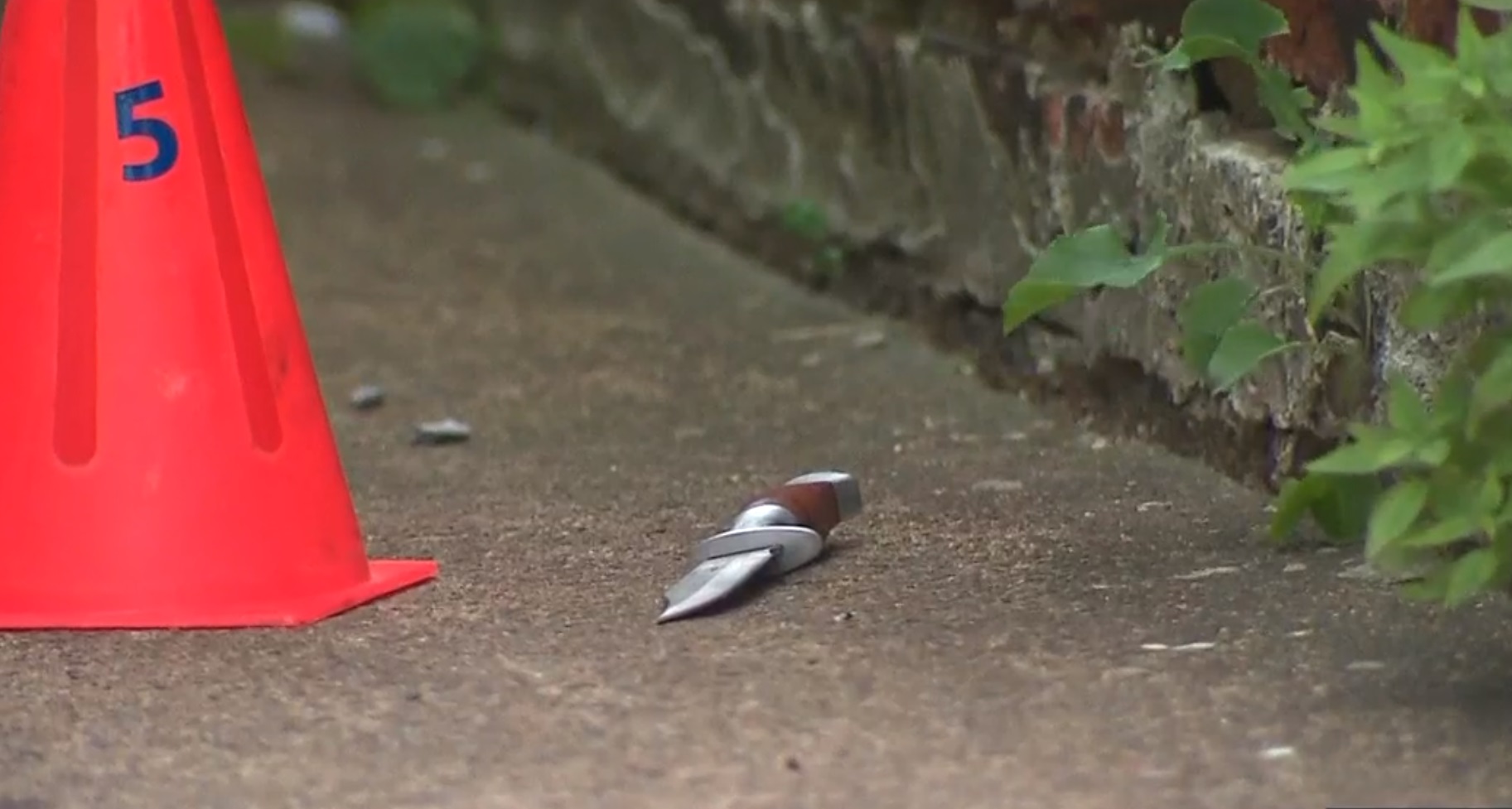 The knife used in the attack was left on the street while investigators combed the scene (Screenshot: WBZ4 Boston)

Rabbi Noginski was born in Russia and is the father of 12 children.

In a statement published by Chabad Lubavitch, he said: “I am grateful to the Boston Police Department for their rapid response, and relieved that the perpetrator is in custody. I am looking forward to returning to my work as soon as possible.”

Shaloh House director Rabbi Dan Rodkin added: “We are moved by the outpouring of support from the community. We are working closely with Law Enforcement to get a clearer picture of what happened, and will not comment on the motive while the investigation is ongoing.

The suspect is set to face charges of assault and battery. Police said they were still investigating the motive behind the attack.