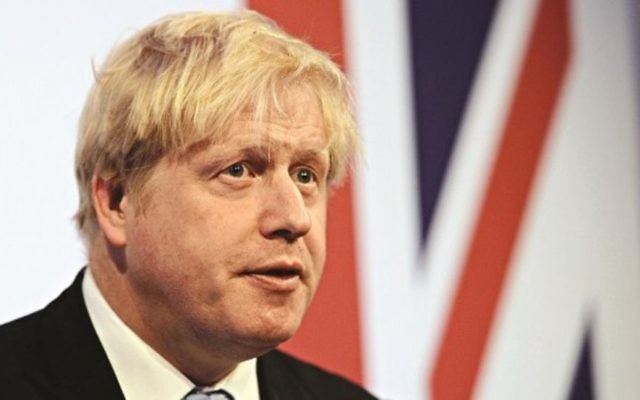 Boris Johnson has urged Israel and the Palestinians to “step back from the brink” as the conflict in the Middle East continues to escalate.

In a tweet on Wednesday the Prime Minister wrote: “I am urging Israel and the Palestinians to step back from the brink and for both sides to show restraint.

“The UK is deeply concerned by the growing violence and civilian casualties, and we want to see an urgent de-escalation of tensions.”

The PM issued his statement after rockets were fired from Gaza while Israeli forces bombarded the territory with air strikes in the most serious fighting since the 50-day war in 2014.

Hamas and other militant groups in Gaza have fired hundreds of rockets at Tel Aviv and other cities.

I am urging Israel and the Palestinians to step back from the brink and for both sides to show restraint. The UK is deeply concerned by the growing violence and civilian casualties and we want to see an urgent de-escalation of tensions.

The Conservative MP for Henley, John Howell repeated Mr Johnson’s previous pledge of “unwavering” commitment to Israel’s security before tweeting:” Over 1000 rockets have been fired towards Israel in the past few days.

“We should support our close ally against terrorist groups out to seek its destruction.”

Neil Wigan, the UK Ambassador to Israel tweeted: “Deeply saddened by the tragic deaths in Ashqelon, and by civilian deaths in Gaza. Indiscriminate and unjustifiable rocket attacks on Israel must stop, to prevent further suffering.”

The death toll in Gaza rose to 35 Palestinians, including 12 children and three women, according to the health ministry, with some 233 people injured.

Five Israelis, including three women and a child, were killed by rocket fire on Tuesday and early on Wednesday, and dozens of other people were injured.

Foreign Secretary Dominic Raab had earlier said the UK “condemns the firing of rockets at Jerusalem and locations within Israel.”

Raab also tweeted: “We need an immediate de-escalation on all sides, and end to targeting of civilian populations.”