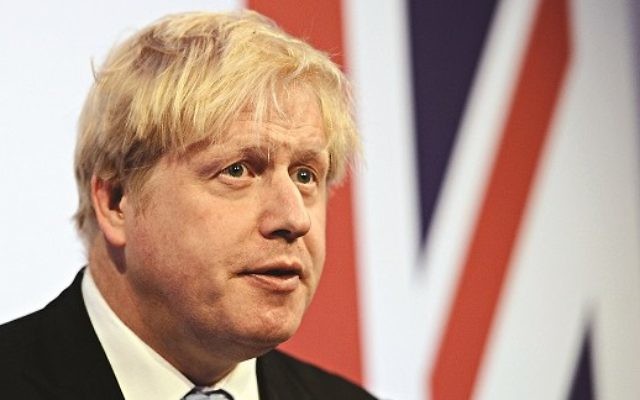 Boris Johnson has said US President Donald Trump’s views on the Israeli-Palestinian conflict have been “misrepresented” as he called for Palestinian leaders to do more to further the peace process.

The Foreign Secretary reaffirmed the UK’s commitment to a two-state solution in Israel and Palestine and said the US policy had not changed, despite signals from President Trump that he could support a one-state solution.

Mr Trump appeared to drop a long-held commitment to establish a Palestinian state when he said he could “live with either one” of the options during a press conference with Israeli Prime Minister Benjamin Netanyahu last week.

Speaking during Foreign Office questions, SNP MP Martyn Day (Linlithgow) said: “President Trump has caused great concern for future peace in the Middle East by dismissing a 20-year US commitment to a two-state solution. Can the Foreign Secretary confirm that the UK remains committed to a two-state solution and will redouble its efforts on that?”

Mr Johnson said: “Yes, I certainly can, and if I may say Mr Speaker, I think he misrepresents what the US president said.”

He said: “I am sure the Foreign Secretary would agree that it is deeply disappointing that President Trump could casually disregard so many years of international consensus on a possible peace agreement between Israel and the Palestinian people.

“Did Mr Netanyahu give any hint in his recent meeting with the Prime Minister that he too was prepared to live with a one-state solution, and if so, what was her response?”

“It takes two to negotiate in this problem. Look at what has happened over the last eight years – we have seen no progress at all. Let’s not rule out the possibility of progress today.”

Mr Johnson also condemned the construction of illegal settlements in the occupied Palestinian territories after pressure from MPs on the issue.

Former minister Sir Eric Pickles queried whether the Government’s opposition to settlements was “diluted” by treating all settlements equally.

Mr Johnson said: “The policy of the Government is unchanged. We regard settlements as illegal insofar as they are in occupied Palestinian territories.

“Members of the House will be absolutely clear that sooner or later – and I hope sooner rather than later – there will be a deal and there will be an understanding that involves land swaps and as you rightly say we will have to show some sense when it comes to doing that deal.”