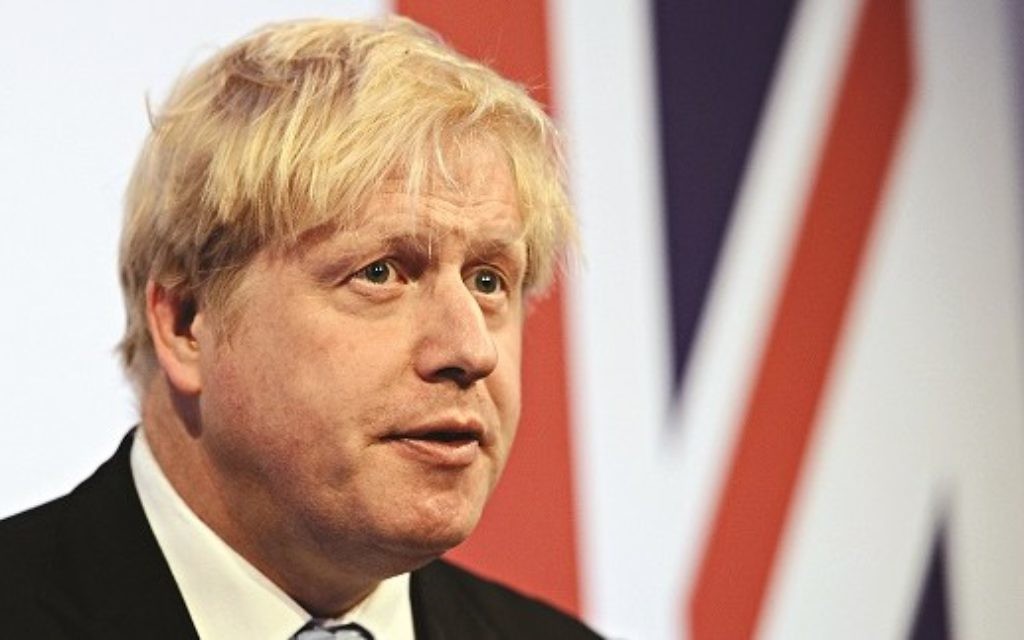 Boris Johnson will play football with Jewish and Arab youngsters, deliver a lecture in memorial of Winston Churchill and meet politicians in Israel and the West Bank during his much-anticipated trade mission to the region next week.

But the focus the mayor of London’s three-day trip to Tel Aviv, Jerusalem and Ramallah will be boosting burgeoning trade links between the capital and Israel and the Palestinians.

Engagements will include a conversation on leadership and innovation with Shimon Peres in front of an audience of 200 Israeli and Palestinian youngsters, delivering the inaugural lecture of the Winston Churchill Memorial Series, training with young Israeli and Arab footballers as part of a British Embassy programme and visiting Yad Vashem.

Looking to take advantage of Israel’s tech prowess, the MP will be accompanied by representatives of 15 London tech firms for stops at the Google campus and the Stock   Exchange.

Johnson said: “We’re heading to a region with enormous potential for stronger links with London. This visit will be a fantastic opportunity to explore the possibilities of building the long term relationships and partnerships that will create opportunities for our businesses to prosper.”

The visit – plans for which were firs.   t revealed by the Jewish News in 2013 – comes on the back of record trade between the UK and Israel, while the first six months of 2015 have seen exports to the Palestinian territories increase by 400 percent. Palestinian exports the other way increased by 127 percent.

He will attend an event with the Palestinian Business Women’s Forum and he will meet the first Palestinian female Governor in the region, Dr Leila Ghannam, who is the Governor of Ramallah and Al Bireh, plus other senior politicians.

He will also meet with a group of young Palestinians who have developed a programme that aims to bridge the gap between decision makers and ordinary citizens, before he hosts a business reception in East Jerusalem for Palestinian businesses, banks and experts.

Officials said the Mayor will highlight a shared spirit of entrepreneurship with London and be keen to learn how London can play its part in helping economic links continue to flourish.

Tom Hatton, Chief Executive of RefME, one of the tech firms in the delegation, said: “London is a fantastic base for our headquarters and that’s not going to change, but there is also great support from bodies such as the Mayor’s Export Programme to help British companies to make the biggest possible impact in global markets. We participated in a trade mission to the US last year and are now excited to join the Mayor on this trip to Israel.”