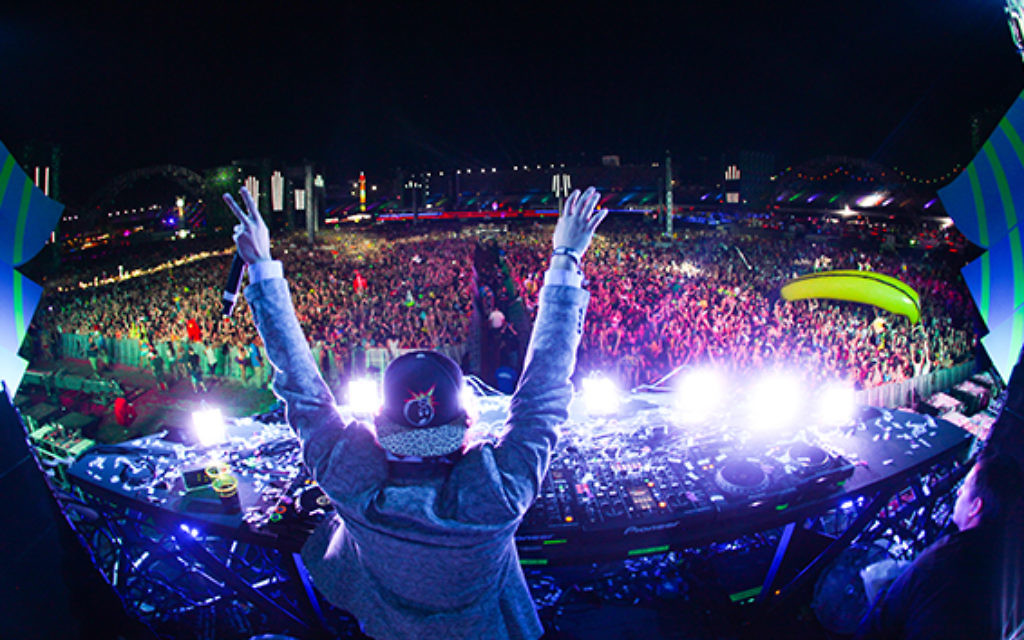 Borgore played a sold-out show at Camden's Electric Ballroom in February and has over 1.2 million Facebook fans

After releasing over 20 EPs, mixtapes & collaborations, Borgore’s debut solo album will come out in June.

No stranger to controversy, the Israeli Dubstep producer Borgore is raising eyebrows with his sex-driven lyrics and unconventional sound.

But the 26 year-old is also gaining millions of fans and making money – his record label Buygore has released revered dance artists such as Rusko and his 2012 single “Decisions” featured back-up vocals by Miley Cyrus. He’s even credited – or blamed – for being the man behind her transformation from Hannah Montana into headline-grabbing sex siren.

Before moving to LA and becoming Borgore, Asaf Borger lived in Tel Aviv and began his career as the drummer in Israeli death metal band Shabira. Going on to make a name for himself as “the man who ruined Dubstep”, Borgore’s unique brand of metal-infused electronica has continued to evolve, recently towards the lighter influences of House.

With a new album coming out in June, a summer full of UK festival dates and his new single, Unicorn Zombie Apocalypse, released last week, Borgore doesn’t look ready to stop shaking things up just yet.

Sophie Eastaugh caught up with the brazen star to get the low down on working with Miley, those lyrics and what Israel would look like with Borgore at the helm.

How would you describe your music to a new listener?

I would describe it as first sex. It’s really awkward but for some reason you enjoy it.

Borgore played a sold-out show at Camden’s Electric Ballroom in February and has over 1.2 million Facebook fans

Although you’re branded as “the Man who ruined Dubstep”, your last EP Wild Out seems to have shifted more towards House. Has Dubstep become boring for you?

I’m expanding to “Borgore ruined everything”.

Where does your music fit in within the Israeli music scene?

My music is not Israeli per say, but there is a bunch of really cool bars in Israel full of an amazing selection of eclectic genres which always keeps me up to date with my music. So I love to go back to Tel Aviv to get some inspiration. As far as musicians – I work closely with an up and coming producer from Tel Aviv named Dan Farber – hopefully you’ll hear about him in the future.

Your lyrics have a huge shock factor, with lots of imagery of sexism and violence. How do you want people to receive the messages in your music?

Everything I do has a serious message hidden within all the humor. Also a lot of my music is actually very interesting harmonically and rhythmically, if you look past the edgy lyrics and weird sounds.

Your video for Decisions features a cake fight between you and Miley Cyrus. Where did the idea for the song come from?

I wrote the song about moving to Los Angeles and what happened with my career – how much I love it, yet I still kind of miss being the simple dude from Tel Aviv. It’s about how basically I want it all!

Later I managed to get Miley in the studio and played a bunch of stuff to her. She heard my sketch for Decisions which i wasn’t actually planing on doing with her, because back then I thought it might be too offensive for Miley Cyrus. She’s changed a lot since. I’m just happy she liked it and we got to do it together.

The producer DJ Carnage has said that you’re responsible for Miley’s widely-criticised image transformation. How did you bring this about, and why?

I guess I am an episode in Miley’s transformation, but her becoming who she is was inevitable – she’s not a teenager anymore. I don’t think she’s a role model for all these girls, I think she’s actually taking all of her ideas from the Internet. Miley doesn’t act very differently from any other girl her age – most chicks have revealing pictures of themselves on Instagram. It’s just that she at least  gets to shoot it with Terry Richardson, not with some amateur dude calling himself a photographer just because he bought an HD camera.

You’re a trained jazz musician. How does this influence fit in with being a cutting-edge EDM producer?

Borgore is said to be the man behind Miley Cyrus’ striking image transformation.

I think having a music background gives me a big advantage over a lot of other producers but it can also be a curse. I find myself very often making music that is way too complicated for the crowd I’m trying to reach.

Making a song that changes a time signature every bar and has really complicated harmonies with super weird subdominant changes can make a lot of music nerds like myself wet their pants, but sound like an absolute nonsense to someone whose ear is not trained.

Who would be your dream artist to collaborate with?

I’d love to sit with Bach. I bet you he could have made some cracking progressive house.

You once said that you’d like to be Prime Minister of Israel. If you were, what three things would you change?

1. Radical fundamentalists groups are feeding off desperate people. If you spend your resources into making sure people have food, jobs and families, you cut the supply line for terror and violence.  No one would rather bomb a building than spending time with his kids, but when someone can’t feed his kids he has nothing to stop him. Instead of fighting terror, fight hunger and you’ll see how people stop trying to bomb things.

2. Don’t fight drugs. You can’t keep drugs out of jails – how are you going to keep them out of your country? You’re wasting money and people on an already lost battle. Instead, legalize them so you can monitor them, tax them and educate against them. The western world is smoking less and less cigarettes, not because they go to jail for it but because we educate against it and so it becomes less and less accepted in our society.

3. We’ve got war and drugs checked off our tax money, so now we can put more money into educating our kids. With the combination of good education and the tools we have today we might develop a new generation of geniuses, like the renaissance on steroids. Just imagine cures for all diseases and solutions for energy sources, leaving us with a greener, better world.