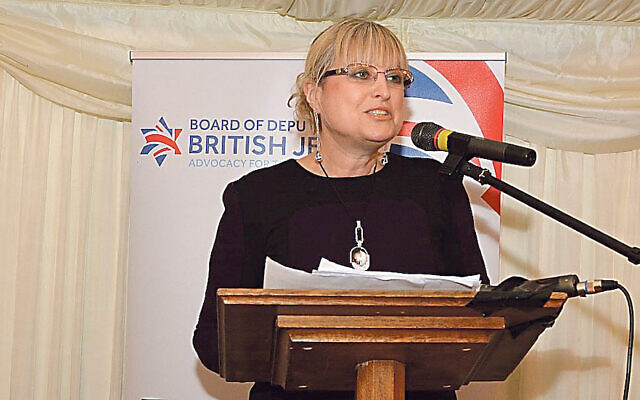 Board of Deputies President Marie van der Zyl is to remind all elected representatives at the organisation of their duty to avoid toxic discourse – following social media comments posted on an MP’s Facebook page under a tribute to the death of MP Sir David Amess.

Villiers wrote that the Southend West MP had been a “kind friend” who had been “the victim of this terrible crime”.

But in a follow-up posting on the Villiers public Facebook page, Gary Mond, a vice-president at the Board and the JNF representative, wrote: “Meanwhile, Angela Rayner has still not apologised for her Tory scum remarks. It is comments like that which help provoke these heinous crimes.”

Mond’s posts immediately sparked an ugly dispute involving the deputy Joseph Millis, who condemned Mond’s post which he said attempted to make the death of the MP “party political”. 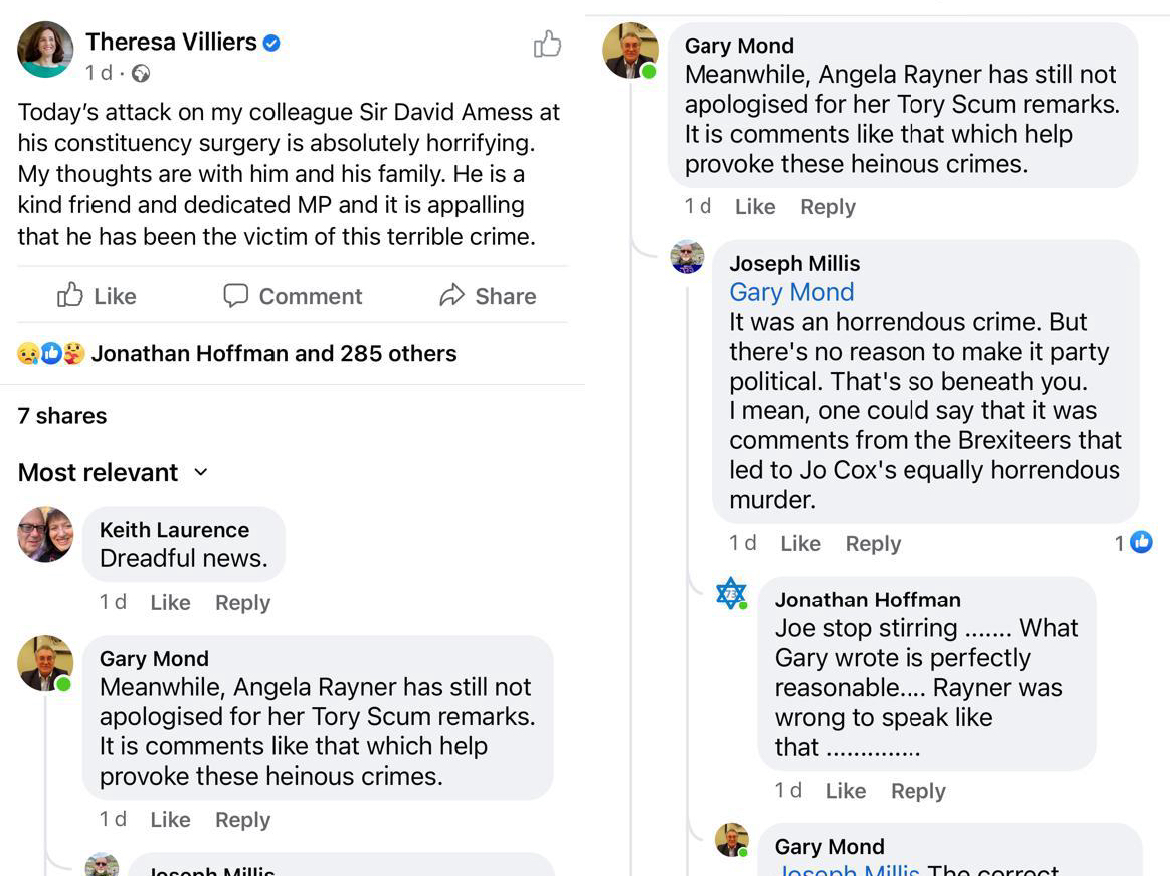 Millis added: “You are the first, and I hope the last, person I have seen turn this horrendous murder of a hard working MP into something party political. You have a senior position in one of British Jewry’s major organisations.”

But Millis was then condemned himself by community campaigner Jonathan Hoffman, who claimed Mond’s comments were “perfectly reasonable.”

Jewish News understands the ugly public spat was the subject of several complaints from with the community.

It is understood that the Board president is among those to have been alerted to the exchange, which was also brought to the attention of the local MP.

The online row continued on Saturday with numerous further posts by Mond and Millis. 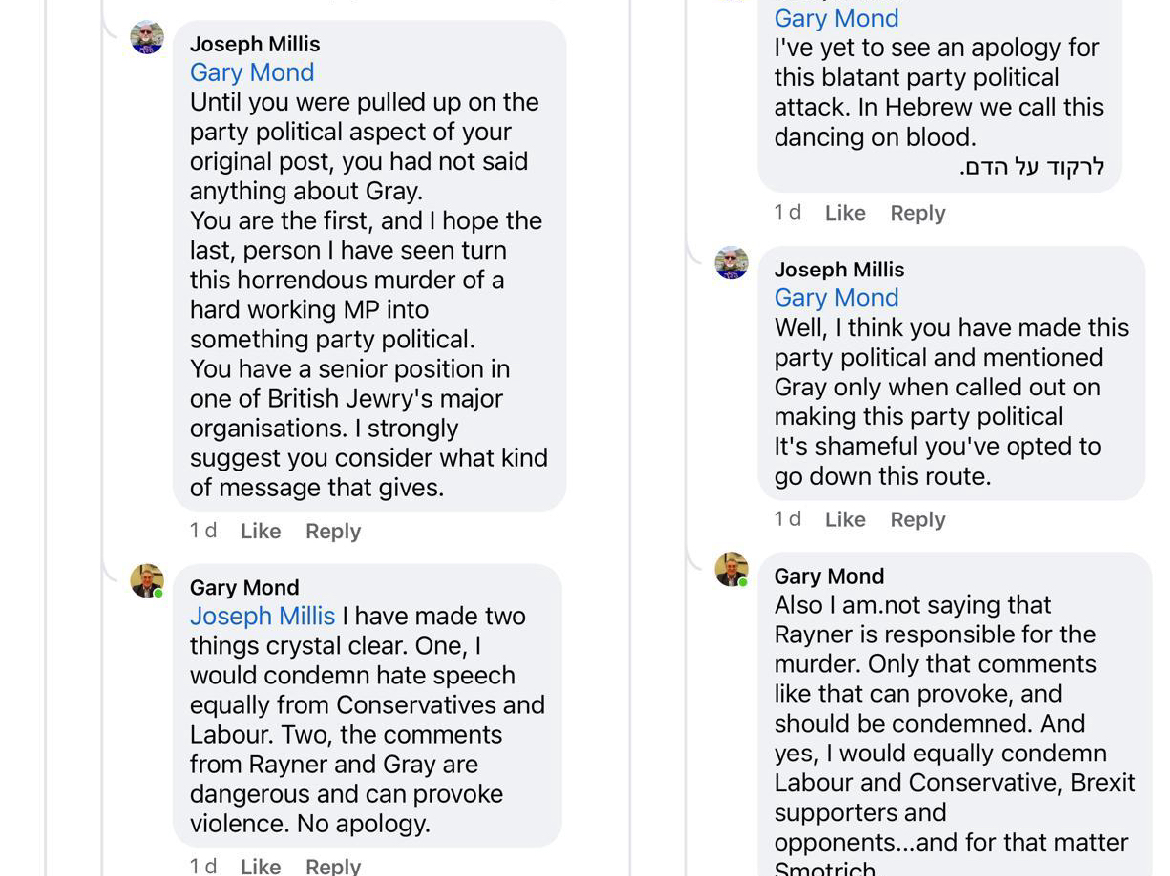 More of the row between Mond and Millis

Mond said he would “condemn hate speech equally from Conservatives labour” but did not retract his claim that the Labour deputy leader’s comments “can provoke violence”.

Sources confirmed that the Board’s president will use this online exchange as a prime example of why it is important deputies refrain from making toxic comments moving forwards.

On Monday the posts had been deleted from Villiers Facebook page in a sign of how much upset they had caused.

Millis told Jewish News: “Despite our obvious political differences, I have immense respect for Gary. It is time to lower the heat in Board debates in order to shed more light. Life’s too short.”

One communal source added: “If these individuals wished to debate the relative merits of comments made by Angela Rayner they could have done so privately. Not underneath a public and personal tribute by a colleague to an MP who had been stabbed to death.”