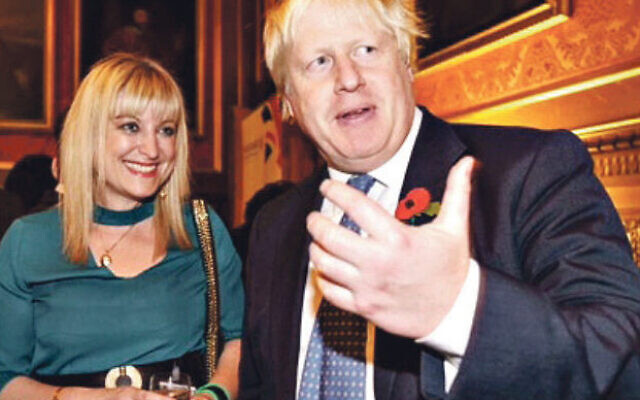 A submission by the Board of Deputies to a report into allegations of Islamophobia within the Conservative Party warned that “significant effort” was needed to tackle the concerns other ethnic minority communities had over discrimination.

But when published on Tuesday, the 44,000-word report by Professor Swaran Singh said the Board had suggested there were “no problems” with the party or of “its complaints processes.”

Boris Johnson had first ordered the report back in 2019 into how the party handles discrimination allegations.

Finally published, the independent review concluded there is “clear evidence” the Conservative party’s complaints system is “in need of overhaul” – but said claims of “institutional racism” were not borne out by evidence of the way complaints were handled.

It also said anti-Muslim views were seen at local association and individual level.

Summary of the Board’s submission to the report

Jewish News can reveal that in its own submission to the inquiry that Board had said the Tory Party had “a strong track record in fighting antisemitism in recent years.”

But tellingly, the Board’s submission also concluded: “Despite the broadly positive picture in relation to the Conservative Party’s response to antisemitism, we have noted that other minority groups, including Black people, Muslims and the Gypsy, Roma and Traveller (GRT) community do not feel they have the same level of dialogue with the party and have raised various concerns which need to be taken seriously.”

The submission stated that cases of antisemitism within the Tory party were “infrequent” and that when they occurred the Board enjoyed “constructive dialogue” with the party.

But the communal organisation raised delays in resolving some of the cases of antisemitism that emerged during the run-up to December 2019 general election – but accepted that the pandemic may have slowed down disciplinary procedures.

The Board warned about the impact of “loose, pejorative language” in relation to immigration stating:”Our political leadership must therefore be careful not to promote hatred or baseless suspicion towards migrants and asylum seekers.”

Extract of the Board’s submission to the report

But the published summary of the Board’s submission in the final report read simply:”The Board of Deputies of British Jews submitted a statement confirming it had not experienced any problems with the Party of its complaints process.”

The Singh report considered comments made by the Prime Minister in his 2018 column in the Telegraph when he wrote that women wearing burkas looked like “letter boxes” or “bank robbers”.

The review said such cases “give an impression to some of a party and leadership insensitive to Muslim communities”.
Speaking to the inquiry, Mr Johnson said: “I am obviously sorry for any offence taken” and added he would not “use some of the offending language from my past writings” now.

The report also said the Conservatives should, within six weeks, publish a plan laying out how it intends to tackle the failings highlighted by the investigation.

It also recommended producing a code of conduct and said at least one member of every party association should receive training on the complaints process.

Responding to Prof Singh’s report, the Equality and Human Rights Commission said it would assess the report and await the Conservative Party’s response.