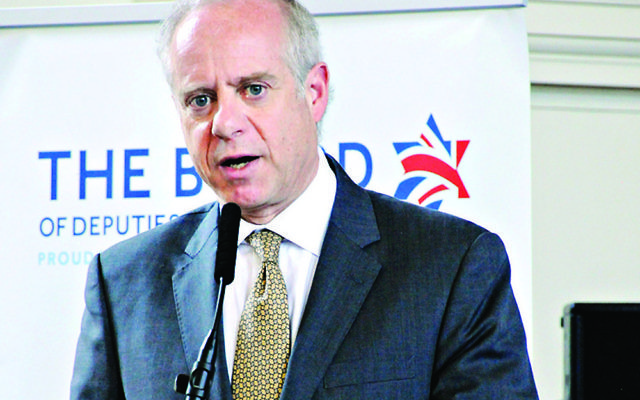 Board of Deputies’ president Jonathan Arkush has slammed Jewish campaign group Yachad for backing the U.N. resolution criticising settlements, but refused calls to expel the group from the Board for doing so.

The comments came during Sunday’s monthly Board meeting, where Arkush once again criticised the Security Council vote on 23 December, despite acknowledging that there were a “range of views” from the community.

He said: “I fail to understand how Yachad believes that Resolution 2334 would contribute to the prospects of peace, given that leading progressive voices in Israel including Itzhak Herzog and Tzipi Livni roundly condemned it.”

Some Deputies, including Natalie Shaw from Barnet Synagogue, called for action against Yachad, arguing that the group’s direct message to the UK government in favour of the resolution amounted to a breach of the Board’s constitution. 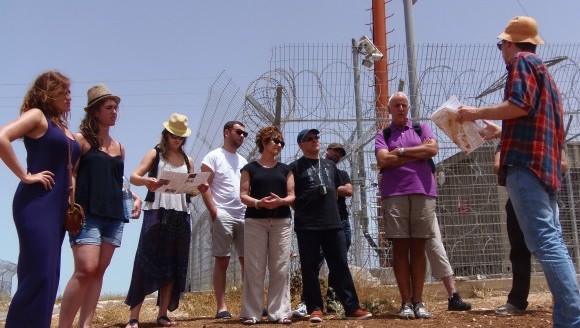 Participants on one of Yachad’s Israel tours

Yachad believes that settlements beyond the Green Line are illegal, and advocates a two-state solution “close to the pre-1967 lines” with Jerusalem as the shared capital.

Lawrence Brass from Bushey and District Synagogue, a former Board treasurer, said the Israeli government had a “flagrant disregard to the rule law,” citing the continued existence of the illegal settlement of Amona, which judges ordered be demolished.

He said Arkush’s comments had “caused huge disappointment to many members of our community who love Israel but aren’t prepared to sign blank cheques for whatever the Israeli Government does,” adding: “We mustn’t become just an extension of the Israeli Embassy.”

Amos Schonfield of Yachad said the wording of the U.N resolution was “a mirror of the wording that Israel signed in a bilateral trade agreement with the European Union, it’s nothing new”. He pointed out that Yachad writing to ministers was also nothing new, saying Yachad had been the first Jewish organisation to condemn “absurd” resolutions on Jerusalem put forward by UNESCO.

Tal Ofer of Chigwell and Hainault Synagogue said: “I do not understand why [the Board’s] statement sounds as if it was drafted by [Israeli Prime Minister Benjamin Netanyahu,” asking Arkush: “The official view of the Board is to support the two-state solution. Why then are you disappointed with a resolution that seeks to keep the two-state solution alive?”