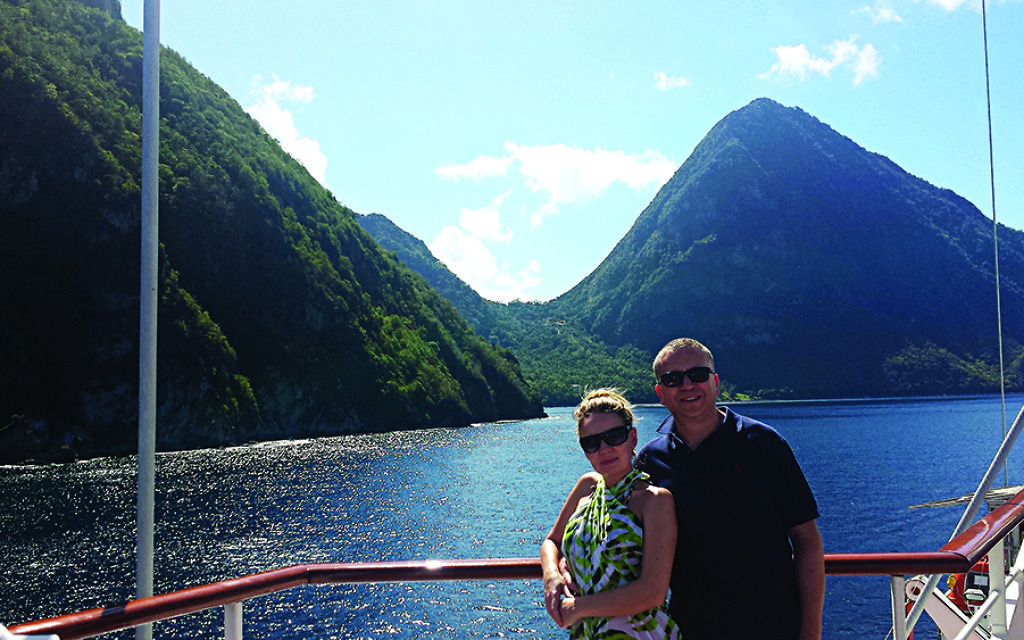 Our holiday was just starting and my wife began crying. That may seem a bit odd, as most people shed a tear or two on the way home – but there was a perfectly good explanation.

Mrs Silver and I had embarked on a seven-night voyage around the Caribbean’s Windward Islands aboard Wind Star, a yacht which promised to be something special and started to deliver from the very beginning.

Whenever you leave a port on this top-notch vessel, a piece of music is played that is designed to leave you full of emotion. Standing out on deck, you watch the sails being gently raised and you feel in a special place as the strains of the wonderfully-moving Conquest of Paradise drift across the ocean.

Conquest of Paradise was the theme for the 1992 film of the same name, which tells of the exploits of that great seafarer Christopher Columbus, and it left us totally uplifted as we watched the world go by… appetites fully whetted for the journey ahead.

Leaving Barbados, we looked forward to St Lucia, then Grenada plus St Vincent and the Grenadines. That was our chosen itinerary, but the world is your oyster with Windstar Cruises, which boasts six small luxury vessels, including the company’s namesake which we were on.

If you like fancy shows, big casinos and crowds of people, this line probably won’t be for you. If personal service, top-notch food every time and small numbers are more your thing, get the brochure out. 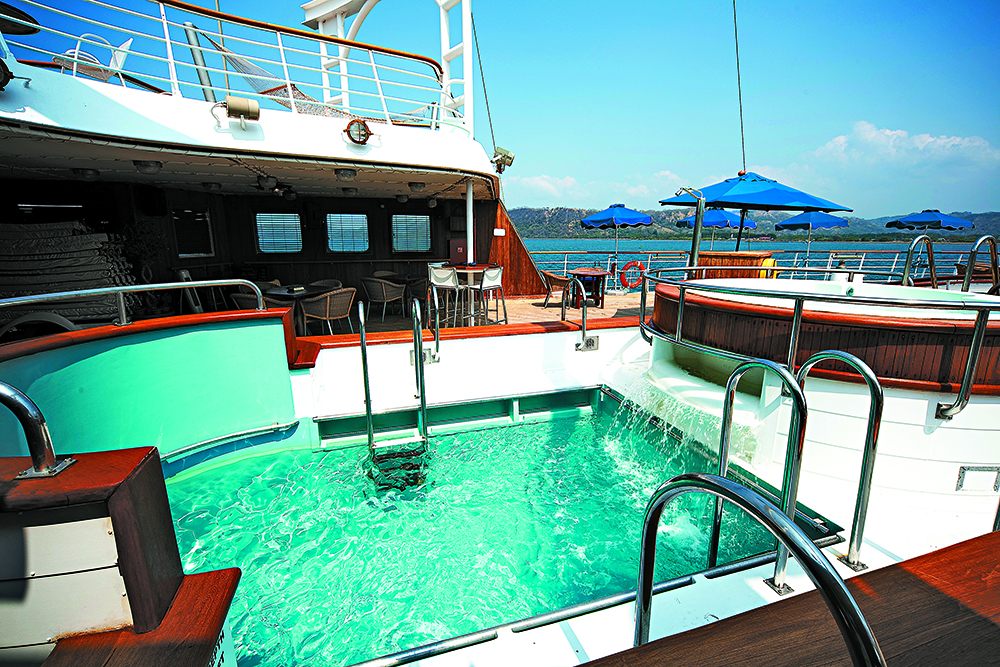 With a maximum of just 148 passengers on Wind Star, it’s dead easy to make friends and even easier to enjoy the attentive staff and delicious fare. I was amazed at how quickly crew members came to know us – one addressed me as Mr Silver even before I had met him!

Life is so relaxed on board that if you fancy, for example,  popping up to the bridge for a seafaring chat with the skipper, you just turn up. We even had dinner with him.

We had that honour once before on one of the large ships, sharing the captain’s company with 12 other guests on that occasion and hardly getting to speak to him at all. This time there was just the captain, the Silvers and one other couple. By the end of the evening, I felt like the master of the vessel and we were old chums.

One interesting fact about Windstar’s attractive vessels is that you can get into parts too tiny for the majority of other lines and that can give them a nice advantage.

Our first port of call was the small and very pretty Pigeon Island, in the north of St Lucia Once isolated from the main island, it was joined together in 1972 by a man-made causeway built from dirt excavated to form nearby Rodney Bay. On the island, we relaxed and swam in the sea and again chatted to other passengers from our comfortable sun-loungers, which were put in place for us by locals and are free for Windstar cruisers (a nice touch). 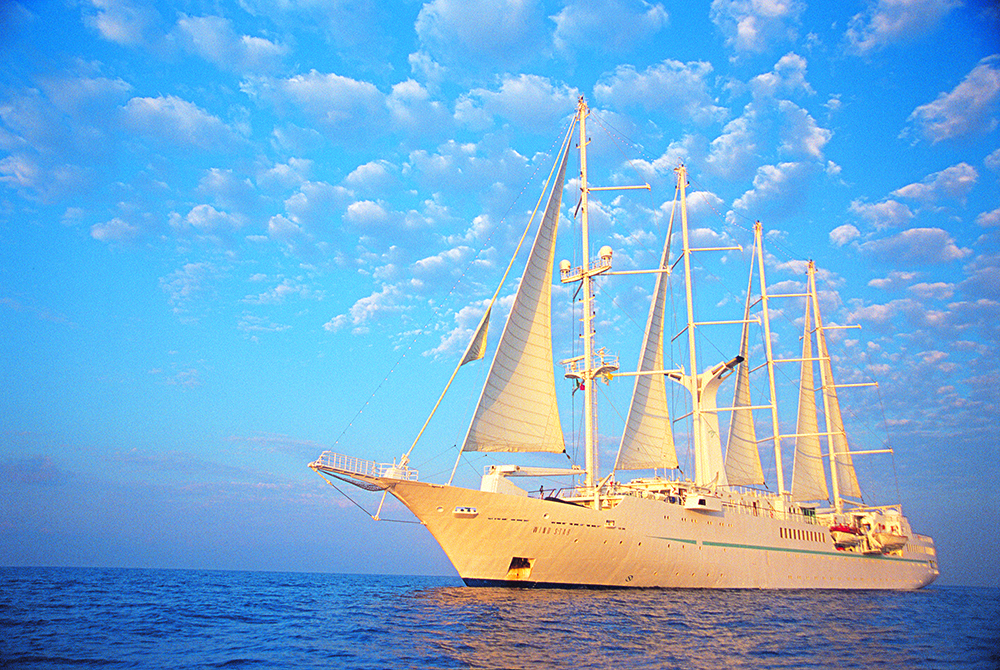 Others decided to stroll around the charming national park and the more energetic on board climbed up to Fort Rodney, named after 18th-century British admiral George Rodney, from where you can see old cannons and enjoy fine views.

As a first stop, it was ideal and a real bonus was seeing the Pitons as we sailed away. These are two volcanic plugs in a World Heritage Site – still located in St Lucia – and are the most photographed landmark in the whole island.

As we pulled into subsequent ports, our experience just kept on improving – as did the quality of the beaches and colour of the sea. Our favourite beach was at Bequia, part of the Grenadines and popular with well-to-do-Brits.

But there was nothing shabby either about our previous day on Mayreau, a smaller bit of the Grenadines where Wind Star put on a spectacular barbecue. 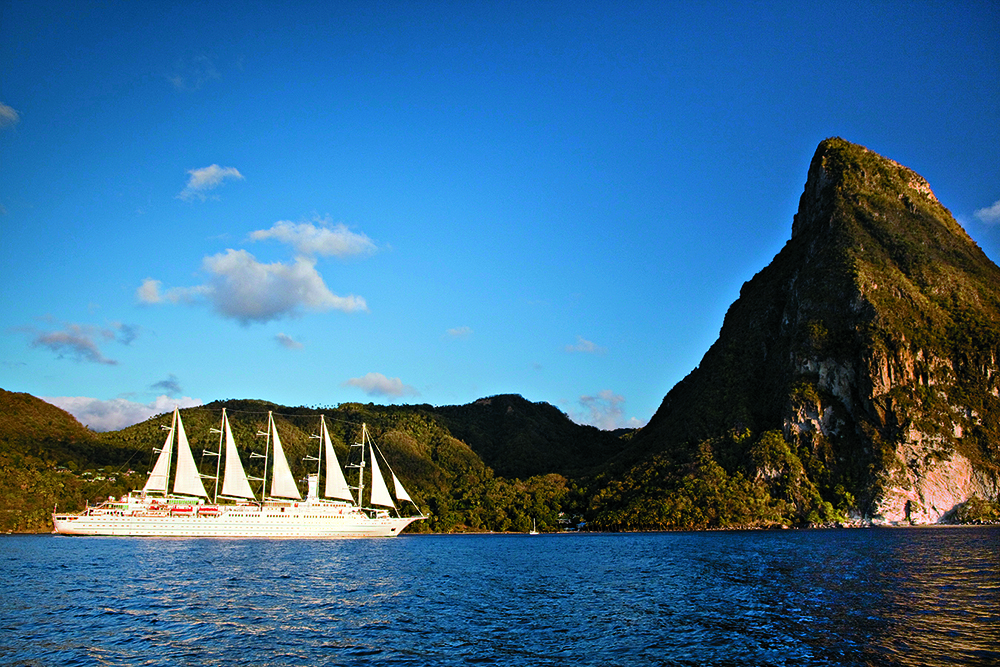 Talking of feasts, there was also a barbecue on board one evening. Most nights you dine in the main AmphorA restaurant and on at least one occasion (or more, depending on demand) you can eat on deck under the stars at Candles. And as with most cruise lines these days, there is 24-hour room service in the unlikely event you get peckish.

Executive chef Danilo, from the Philippines, assured me he can also cater for kosher guests with a few weeks’ notice.

At the end of the week we were still hungry – but only for another similar cruise, and as soon as possible please.

Mark’s notebook: Mark was a guest of cruise specialists The Cruise Line and Windstar Cruises. The Cruise Line offers a seven-night Jewels of the Windward Islands voyage sailing round-trip from Barbados. Fares are from £2,449 including flights, transfers and pre-cruise hotel stay.  www.cruiseline.co.uk/windstar-cruises