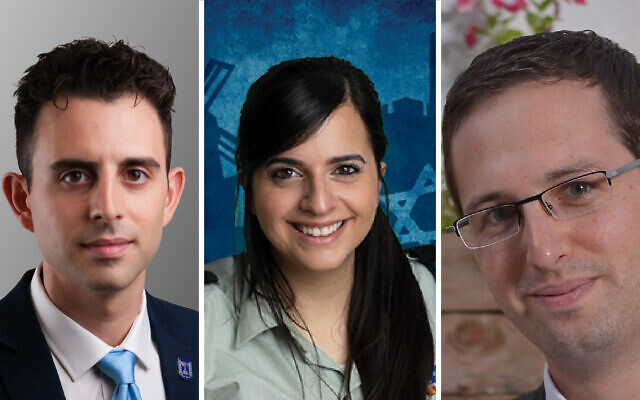 Three British Jews have taken up positions working alongside senior Israeli figures this summer, a sign that UK Jewry is becoming increasingly influential in the country.

Eylon Levy, Keren Hajioff and Yair Zivan have all now begun their roles working for the country’s president, prime minister and foreign minister.

A journalist who also translates books into Hebrew, he first achieved widespread recognition as a student at Oxford University, when George Galloway walked out of a debate with him.

Galloway, then the MP for Bradford West, left the room saying: “I don’t recognise Israel and I don’t debate with Israelis.”

Levy subsequently moved to Israel and became an anchor for i24 News.

Keren Hajioff was this weekend named the international  spokesman for Naftali Bennett, Israel’s prime minister for the next two years.

Born in London, she made aliyah in 2009 and became a major in the Israeli army.

She was most recently working alongside the spokesperson for the IDF.

Meanwhile Yair Zivan, a long-time adviser to Yesh Atid leader Yair Lapid, is continuing to work alongside the politician after he became Israeli foreign minister.

Born in Maalot, Israel, Zivan was raised in Leicester and was campaigns director of the Union of Jewish Students between 2007 and 2009.

He was later hired by Lapid in 2014 to sharpen up his international image and help build experience in foreign affairs.

Zivan previously worked for President Shimon Peres in a similar capacity, having sent his CV in on a whim.