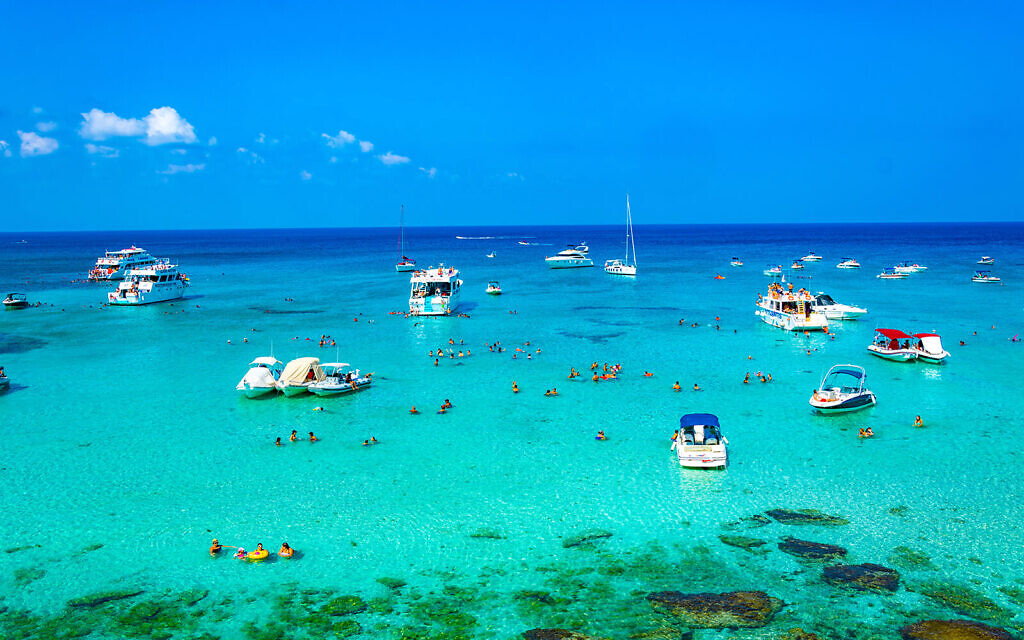 In the cab on the way to our Paphos resort, I marvel aloud to my friend Shira about how similar the layout of the roads are to Israel.

I soon find out from our female Cypriot taxi driver, that Israel and Cyprus share more than I had known.

The cab driver was named Mariam after one of her mother’s best friends who was Jewish and interned in a refugee camp after the war.

Following the liquidation of the concentration camps, the British set up a detention camp in Cyprus for Holocaust survivors illegally trying to enter Palestine, as it was then called.

From 1946 until the establishment of the state of Israel in 1948, the British confined 50,000 Jewish refugees on the island, after which most moved to Israel. 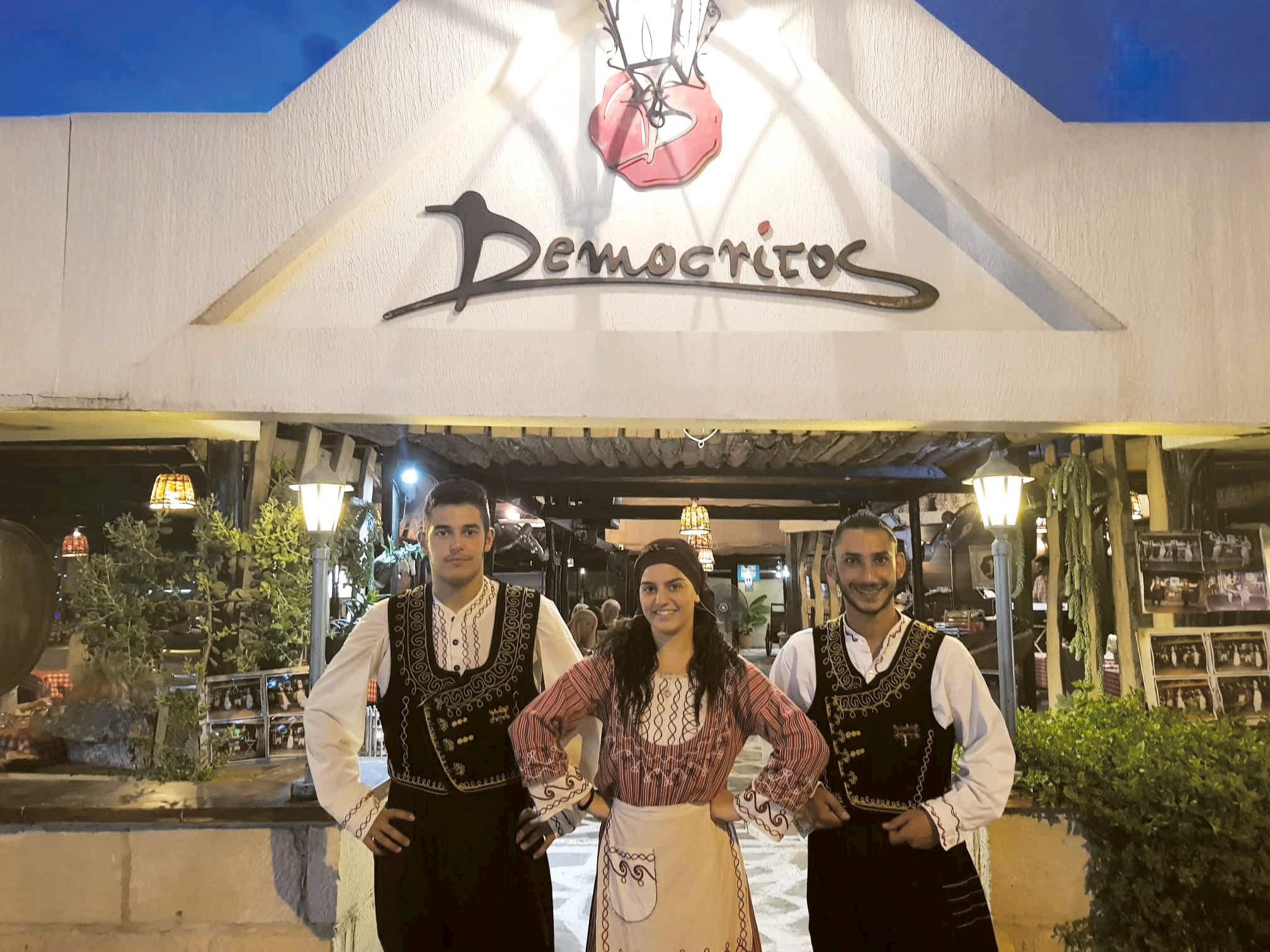 Thus started my first memorable evening in Cyprus that ended well with a divine piña colada and fresh fruit platter, wheeled into my luxurious  suite on a white cloth-covered trolley.

Asimina Suites, part of the luxury Constantinou Bros chain, is an adult-orientated resort, where palm trees sway beside an artfully-placed bridge over the glittering V-shaped pool, taking you straight to the sea and just as easily to the beachfront restaurant.

If, like us you prefer to lazily lie on your lounger, there’s both a garden and beach menu to choose from, but we didn’t notice that until the next morning when we woke to a breakfast of gourmet coffee, yoghurt, cereal and dripping honeycomb. 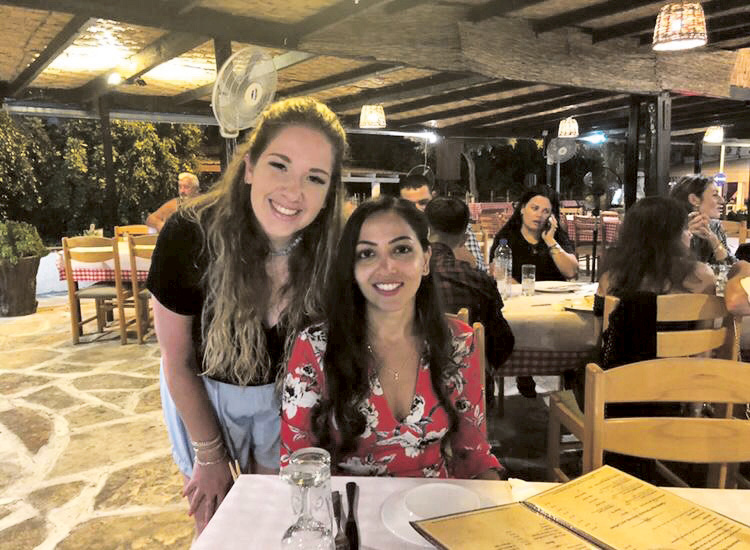 There’s only so much dairy decadence one can take, however,  so when we came across the home-style glatt kosher meaty restaurant at the local Chabad house, complete with an Israeli chef, we took full advantage and ordered generous portions of schnitzel and shawarma. Run by the welcoming Rabbi Itzik and Chana Eisenbach, there is also a kosher grocery store on site,  as well as regular Shabbat services.

In terms of nightlife, Paphos pales in comparison to nearby heady Ayia Napa, but we were after something a little more traditional, which Demokritos tavern delivered. One of the oldest taverns in Kato Paphos, it is known for its entertainment and is a favourite among local Israelis.

The bubbly, friendly Konstantina owns the place and  checks on diners between hitting the stage to belt out  Greek and Israeli songs. Demokritas is located off the busy main strip of Agiou Antoniou (known to tourists as Bar Street) which comes to life (as they do) after  9pm.

During the day, a short walk along golden sands takes you to an array of water sport companies, including San Antonio Watersport, with whom I tried out paragliding for the first time and loved it! 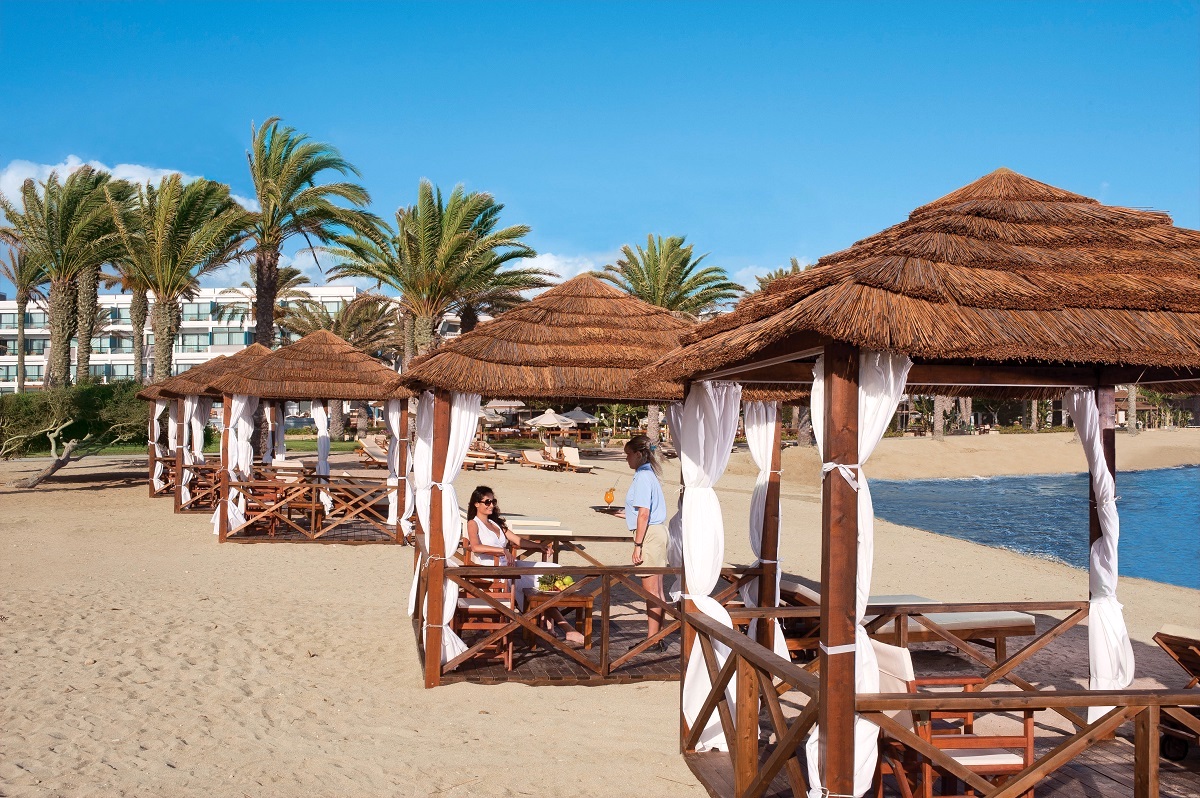 Beach cabanas at the Asimina Suits

Paphos Aphrodite Waterpark – the biggest in the region – is another great day out. I was brave and tried out the wilder slides – except for the free fall, which involves a stomach-churning plummet of 50ft down a vertical sheet of water. After the lunch we ate, the more sedate ‘lazy river’ was safer, but family rafting is  a great ride for groups  and little ones will love ‘the magic splash’, a new, interactive water activity, as well as the 40ft pirate ship, ideal for some swash-buckling shenanigans. 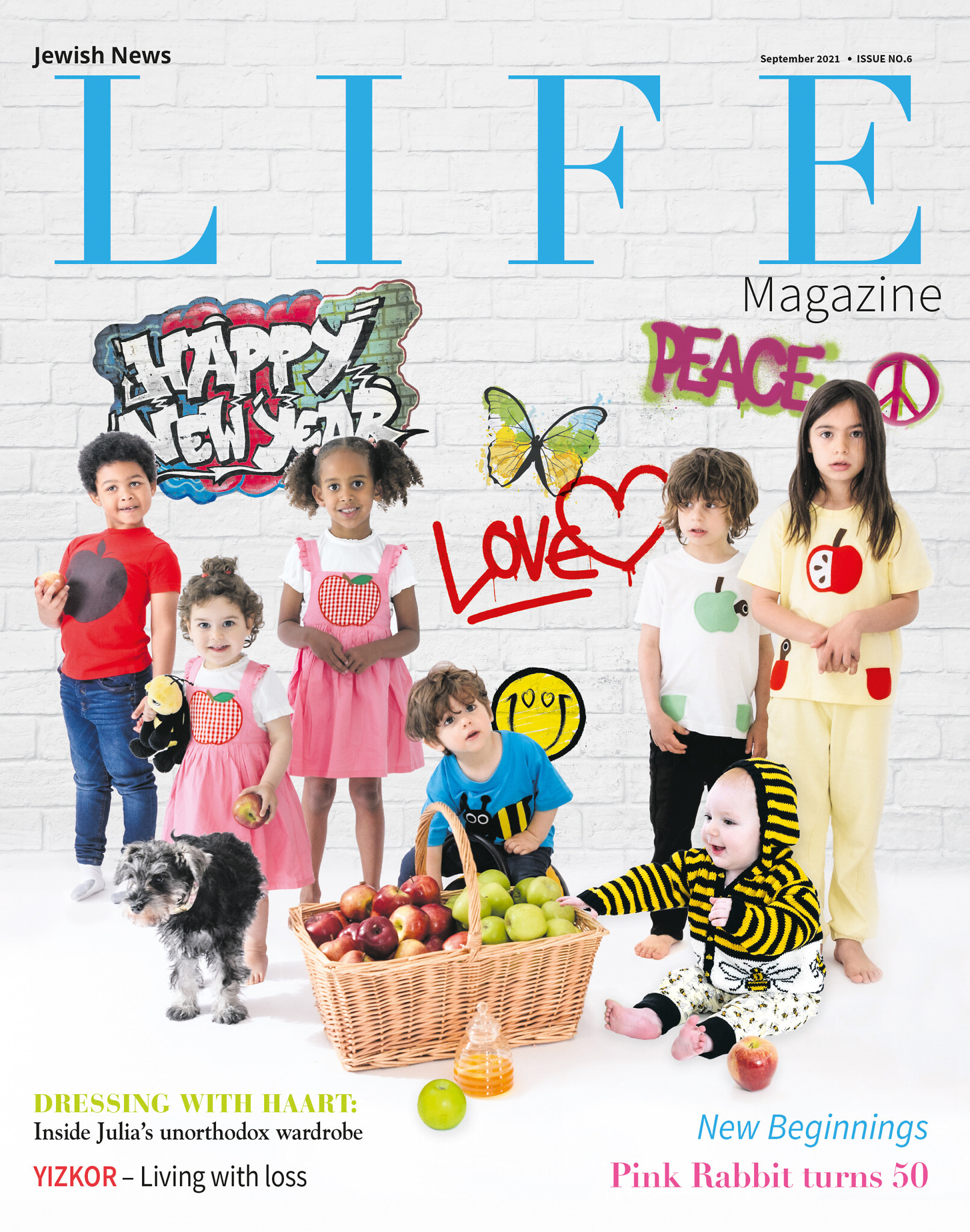 Sun worshippers will be glad to know Paphos is a veritable beachy paradise with  the white sands of Lara Bay, a safe haven for the Greek population of Green and Loggerhead Turtles. For me, the isolated Blue Lagoon was the most beautiful as the water was so clean and clear. We kept ourselves busy – although, with the hotel offering so many treatments at its Elixir Spa, it was tempting to stay put and remain vertical. Maybe the next time we visit.

Naomi flew with British Airways and stayed at the Asimina Suites (www.asimina-cbh.com), which is currently offering the Book Deluxe Package – Ultra All Inclusive (a saving of  €39 per person, per day). This offer applies for reservations made by 08/10/2021.

Although it sadly came too late for my trip, Bespoke Kosher Travel, which specialises in creating travel itineraries to destinations around the world, has recently expanded to include Cyprus.

Director Ben Robbins explains: “We will work with you to create your perfect holiday experience, tailoring your trip to suit your requirements and wishes by sorting hotels, tours and transfers, as well as ensuring you have access to good quality kosher meals in the hotel of your choice.” 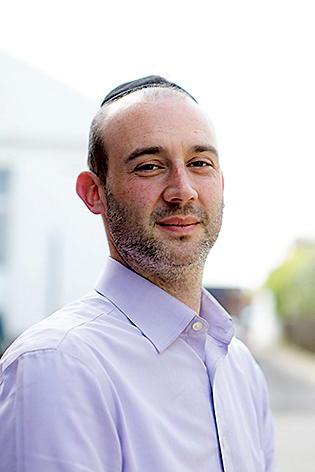 Ben informs me that, for the very first time, Bespoke Kosher is providing an exclusive strictly kosher dining experience in The Caprice Hotel, a lwuxurious spa resort with an on-site synagogue. Minutes from the glittering waters of Latchi beach, The Caprice overlooks the Akamas Bay, with most apartment suites having their own private Jacuzzi and swimming pool. The hotel also has two communal outdoor pools, an indoor heated ‘dead sea’ pool, spa with a sauna, hammam, jacuzzi and a range of treatments. I now have another excuse to return to Cyprus, but with the benefit of bespoke cuisine and someone else doing the organising.