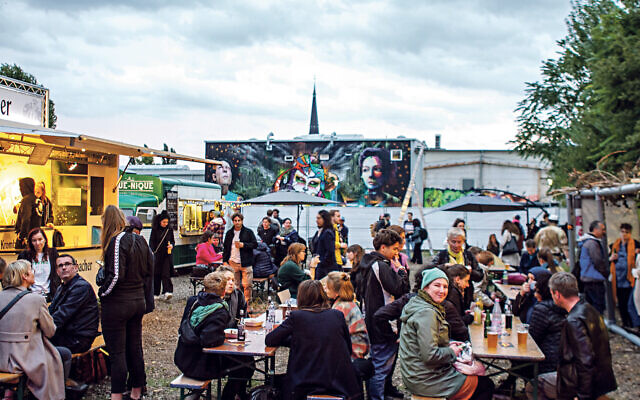 The community hosted events including survivors of far-right extremism

Young Jews in Berlin have marked the two-year anniversary of the Yom Kippur attack on a synagogue in the German city of Halle by hosting a series of events with other communities hit by far-right attacks.

One of the organisers of the new Festival of Resilience, which focuses of communal bridge-building, is a rabbi who runs Base Hillel Deutschland, an organisation for young Jews in the German capital.

Rabbi Rebecca Blady, who was praying in the Halle synagogue in 2019 when the attack took place, said: “We want to build coalitions. We want to share stories.”

The gunman, a 27-year-old neo-Nazi, tried unsuccessfully to break down the door of the synagogue. When he could not, he shot and killed two people on the street and is serving a life sentence in prison.

Blady said she wanted to put Judaism “at the centre” of the commemoration and work with other communities impacted by extremism and decided to structure the festival around Succot.

She added: “In the succah, we stand in an actualised symbol of our protection with symbolic fruits and plants to remind us of the goodness of the world.”

This year, the festival began on 19 September with a succah-building day, and closed on Wednesday, after a ceremony in which survivors of far-right extremism and their relatives were invited to speak.

This included the survivor of a 1992 deadly arson attack targeting a Turkish family and the mother of a victim of the anti-immigrant shooting in Hanau months after the Halle attack.

Marina Yudborovsky, chief executive of Genesis Philanthropy Group, which supports the initiative, said the festival was “a bright example of the healing power of the community, where people are welcome to share their experiences and can find support, understanding and strength to look into the future with more confidence”.

She added: “Such heartbreaking and thought-provoking stories of survival and resilience have always been an important part of Jewish heritage, while remembering and building on them together are the corner stones of Jewish identity and community building.”

Halle shooting survivor Anastassia Pletoukhina said: “Last year was painful and healing at the same time, because we were in the middle of the trial [of the gunman]. Everything was on the surface –emotions, fears, trauma. This year I know we are not alone in this fight.”