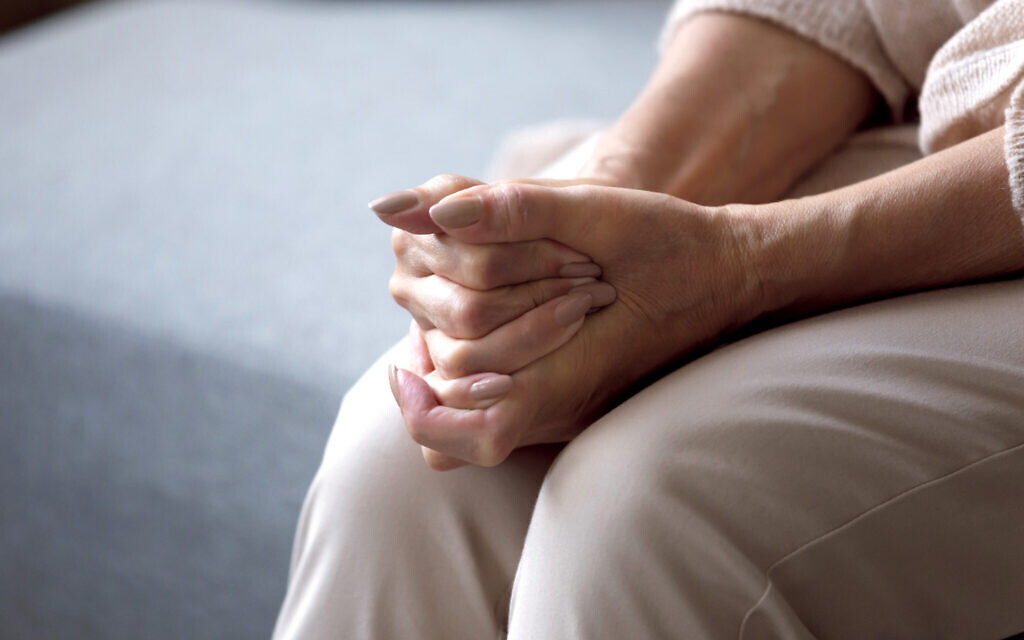 “We went into lockdown and then I was left alone with my grief – but at a time like this you want to be with your close family and friends.”

More than a year on and during Dying Matters Awareness Week (which runs until Sunday), Jeanette Field is still coming to terms with losing her 83-year-old partner, Sidney Walters, during the pandemic. She was largely cut off from her support network right when she needed it.

And Jeanette is certainly not alone in her experience. According to charity
Independent Age, almost 300,000 people over the age of 65 have experienced the death of a partner since the start of the pandemic, a 17 percent increase on the average for the past five years.

Of these, an estimated 20,000 people will experience ‘complicated grief’,
a prolonged period of acute grief that occurs when the ‘normal’ grieving process is interrupted.

The Jewish Bereavement Counselling Service (JBCS), which helps those affected by grief, has reported three times more requests for counselling since the pandemic began.

“The grieving process has been abnormal, so we have had to adapt our offering [online] to suit,” explains Trisha Curtis, who runs JBCS.

“All the customs that are traditionally in place to support people have simply not been there. In many cases, people could not even be with their partner while they were dying – the last time they may have seen them is when they were being put into an ambulance. This is very traumatic.”

Jeanette, 82, recalls how, after Sidney’s funeral – which took place just days before the first national lockdown – she returned home, shut the front door and barely saw another soul for months. 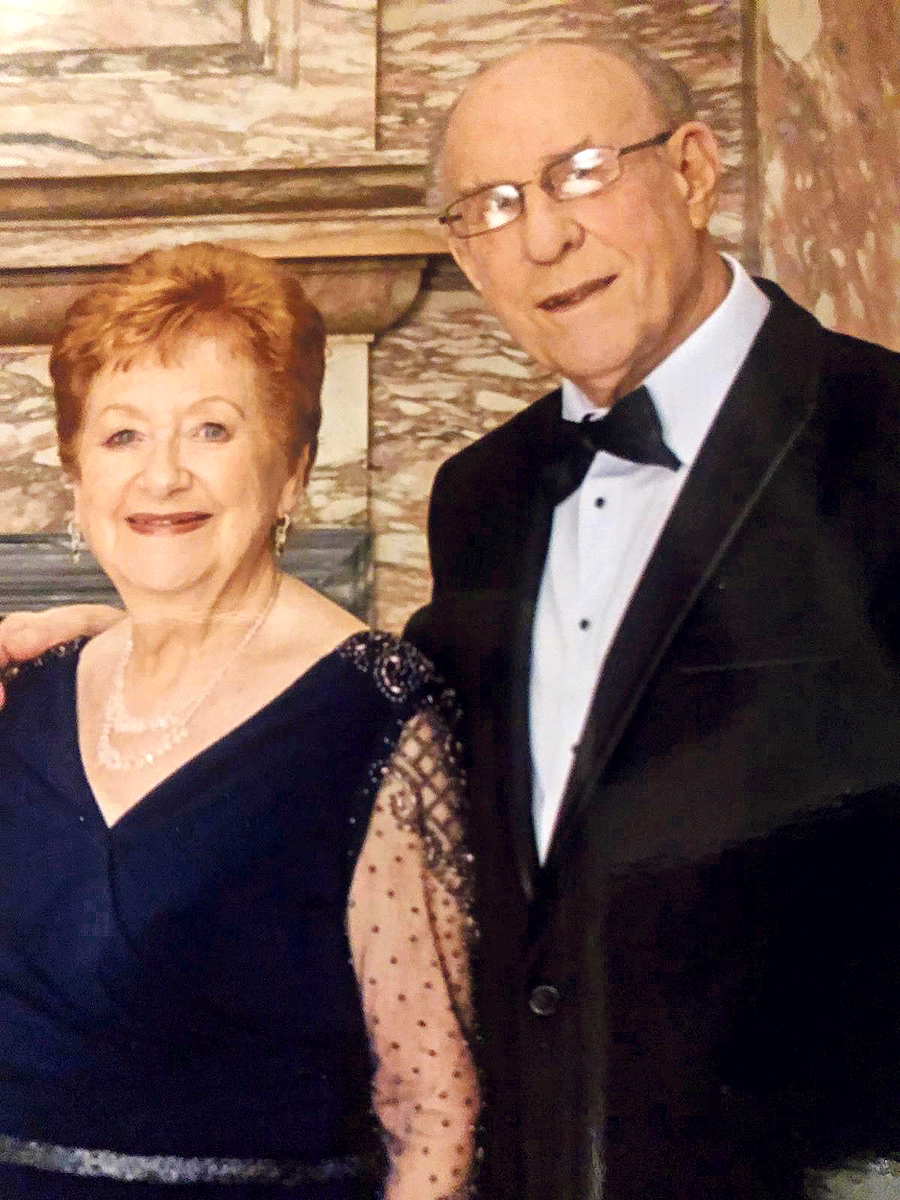 Jeanette Field is mourning the loss of her partner, Sidney Walters

She and Sidney had met at a Jewish Care bereavement group, having each lost their spouse to cancer.

“I thought that, having been through this before when my husband died, I would cope better. But it was just as hard, and then some, because with so much time on my hands, all the memories from the first time came flooding back.”

Jeanette’s children did her shopping and made doorstep visits, and even though she had no physical contact with them, they got her through the darkest days.

“Without them, I wouldn’t be here,” she says. One of her close friends, who lives round the corner, lost her husband the day after Sidney died. “We would have been such a support for each other if only we could see one another, but we just spoke on the phone.” 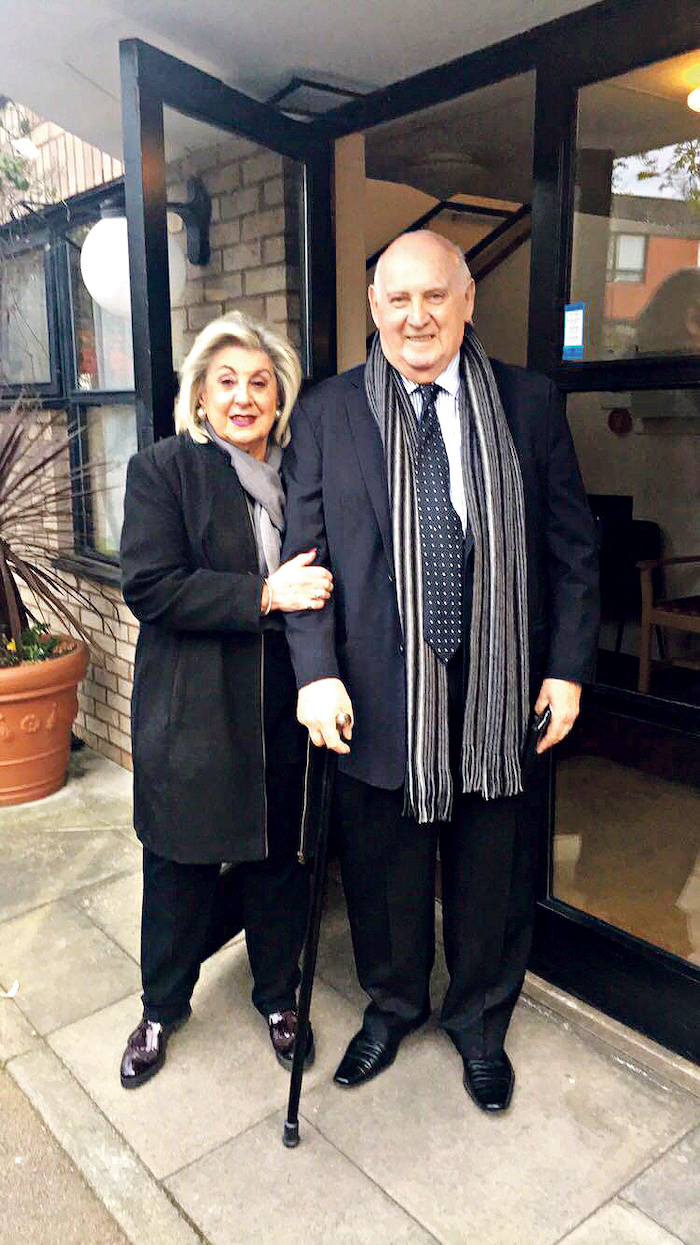 Jeannette and Alan Bryer were married for 61 years and, just months before Alan’s death, had received a card from the Queen

Her sentiments echo those of Jeannette Bryer, 81, whose husband of 61 years, Alan,   died following a short battle with cancer.

Just months earlier, the couple had received a card from the Queen for their diamond wedding, but they were never able to celebrate their milestone anniversary owing to Alan’s illness.

He was cared for at a hospice during his last days and, fortunately, Jeannette and her daughter were able to stay there with him.

Reflecting on his passing during a time of Covid restrictions, Jeannette says: “I didn’t miss the shiva – I missed Alan. I cry every time I talk about him, so not having a shiva saved me a few more tears.”

While she formed a bubble with her daughter and granddaughter, being cut off from her wider circle of friends and relatives has been especially hard.

“Alan and I were a busy, sociable couple, always out and about. We loved being out together – this was our time,” she says. “I haven’t been able to see anyone since he died and this has made things so much worse. Being stuck at home on my own has given me too much time to think and dwell on things.

“I have a friend in my apartment block who also lost her husband and we speak on the phone, but we haven’t been able to get together.”

When restrictions are lifted next week, one of the first people Jeannette wants to see is Alan’s sister, to whom she is very close. “Alan’s family are part of him and I really need to see them,” she adds.

Despite being cut off physically from loved ones, Jeanette Field has found respite in playing bridge online.

“I play five nights and three afternoons a week,” she says. “At first, it was difficult playing with a new partner but needs must. I’m proud of myself for getting to grips with the technology. I don’t want to go out at night on my own, so I will carry on playing online.” 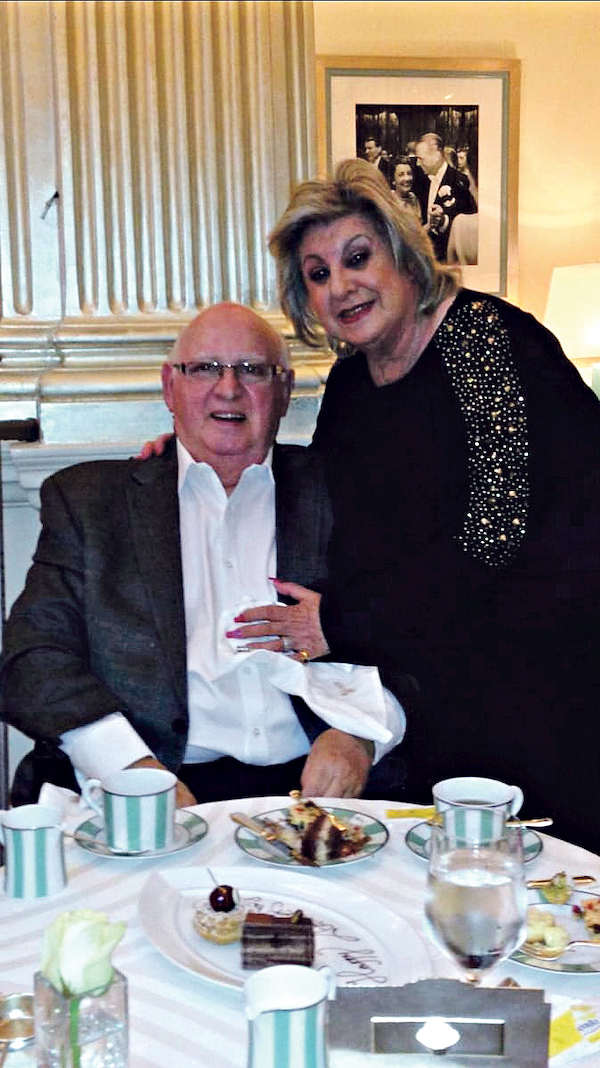 Meanwhile, a friend put Jeannette Bryer in touch with Jewish Care’s new Supportive Communities’ Knit, Stitch and Natter group, which has been taking place over Zoom and has proven a huge tonic for her grief.

“I’m knitting twiddle muffs for people with dementia and it’s enjoyable because you can add pretty little accessories to make them look really nice,” she says. “If I’m feeling down, I bring  out the knitting. Although nothing takes away the feelings of sadness and loneliness, it is really therapeutic and can distract me for a while.”

Jeannette has also dropped into Jewish Care’s Chatty Café (on Zoom), which she and Alan used to attend together in person before the pandemic.

As restrictions ease, those who are grieving should soon be able to see loved ones again, while communal leaders anticipate having to provide support to those who wish to ‘mourn properly’.

“It was challenging and emotionally draining at times to see so many families standing bereft in the stillness of the open air of the cemetery,” says Rabbi Yitzchak Schochet of Mill Hill United Synagogue.

“I believe many families did not have the right opportunity to grieve, and conversations with them reflect a sense of surrealism as it was all so sudden and all too often without an opportunity to say goodbye. As we return to some semblance of normality, it will hit once more, because life will never be quite ‘normal’ for them again.”

Rabbi Debbie Young-Somers of Edgware & Hendon Reform Synagogue says: “Technology has enabled people to grieve together in some form, but it’s really important that, when restrictions are lifted, we rabbis provide a space and a place for them to mourn properly and to support each other.”