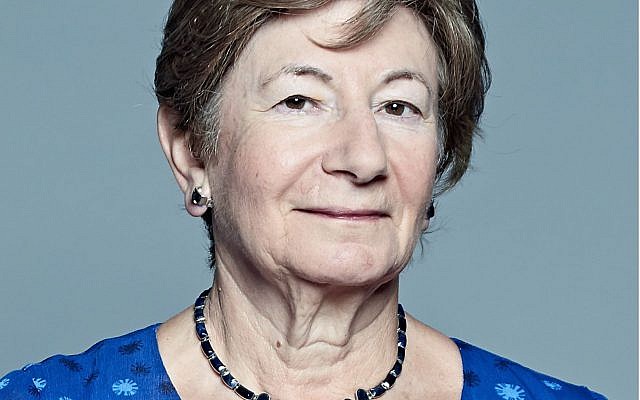 Baroness Ruth Deech has described the decision to give the green-light to a Holocaust Memorial and Learning Centre near to Parliament as “ill-considered and damaging” adding that it “will do a disservice to victims and survivors.”

The Crossbench Life peer – an outspoken opponent of the £100million proposal which was approved last week – told Jewish News she feared the Memorial would fail to stem modern day antisemitism – and actually harm Holocaust education in schools.

“The Memorial will enable antisemites and virulent Israel-haters to visit, and declare themselves non-racist, paying respect to six million dead Jews while continuing to attack today’s Jews,” said Baroness Deech.

“It might serve as an excuse for the government to do little about UNRWA, antisemitism, discrimination against Israel here and in international organisations, because they will have put up the memorial and feel that is enough.”

The revered academic, who spent nearly 15 years as the principal of St Anne’s College, Oxford, also spoke of her concern that the project would now impact on the funding of Holocaust education in schools.

“There will be no funds left for a review of Holocaust education in schools, so much needed,” she said.

“Students and anti-Israel protesters, as we saw recently, will use Nazi analogies and language if they want to attack Jews, because that is all they know about Jewish history.

“There is a complete failure in the Memorial plans to link the antisemitism that led to the Holocaust with the past – thousands of years of religious hatred, especially Christian – and the present, the existence of Israel and hatred of it, which Jonathan Sacks described as the modern form of antisemitism.”

The Baroness, whose father, Josef Fraenkel, was born in Poland and fled, first to Vienna and then Prague, from the Nazis, and who had other members of her family killed in the Shoah, also pointed to the comments of Sir Richard Evans, the distinguished historian of Germany, and former Regius Professor at Cambridge University, regarding the building of a Learning Centre alongside the Memorial.

Sir Richard, she said, had said he feared it would be a national and international embarrassment by comparison with other memorials and museums.

Baroness Deech also noted that the British Association for Holocaust Studies was not consulted over the Learning Centre plans, nor was the National Holocaust Centre at Newark.

She added that in contrast she believed the Imperial War Museum “has shaped up as a scholarly and dignified way of presenting the holocaust, with its new galleries.”

The Polin museum in Warsaw, Poland “is a model of how it should be done”, she added.

As a leading figure in the Save Victoria Tower Gardens campaign group that objected strongly to the location of the project, Deech also said that on environmental issues, “this looks like another Departmental decision overriding national planning principles.”

The government has pledged £75m towards the £102m project, with the balance due to come from private donors, including former Tory Party treasurer Sir Mick Davis and Lord Feldman, the life peer and party fundraiser.

The plans for the project, including 23 large bronze sculptures and an underground learning centre, were previously rejected by Westminster Council.

Responding to the ruling in favour of the proposal by Housing Minister Christopher Pincher last week, Deech said as one of the leaders of her campaign group: “We passionately believe that the Holocaust should be remembered, but we believe that this ill-considered and damaging proposal will do a disservice to victims and survivors, and little to enhance understanding and respect.”

In a statement, Board of Deputies of British Jews said it was “delighted” at the decision.

Although critics point out the Board have never held a vote of Deputies on the Memorial and Learning Centre.

Prime Minister Boris Johnson welcomed the decision tweeting: “We have a duty to ensure that the Holocaust is never forgotten and that it will continue to be taught to future generations.”

Communities Secretary Robert Jenrick said the memorial and learning centre would “educate and inform future generations about the horrors of the Holocaust” and that he hoped millions of people would visit it every year.

He added that it would also foster a better understanding of “the British role in the tragedy – the things we did right and we did wrong”.

And Labour leader Sir Keir Starmer backed the project, arguing it was “vital” in educating future generations about the Holocaust.