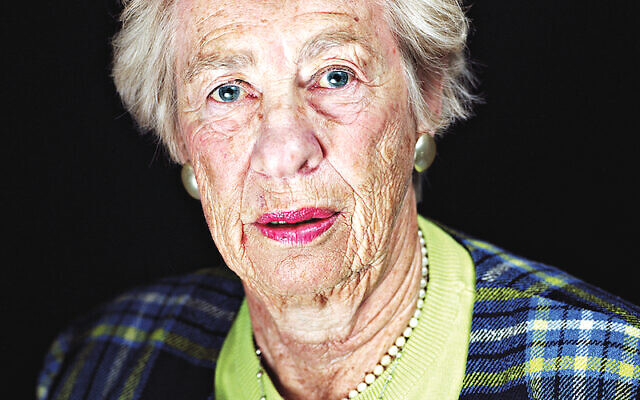 Auschwitz survivor Eva Schloss has taken Austrian citizenship at the aged of 92 – insisting: “The young people need to see we can be friends again.”

As the stepsister of Anne Frank, Schloss has lived in London for 70 years and has dedicated her life to making sure people never forget what happened in the Shoah.

She says the decision to take Austrian citizenship, which is open to all victims of the Nazi regime and their descendants, was not an easy one.

Confirming her decision to adopt the citizenship of her country of birth, Schloss, co-founder of the Anne Frank Trust, says she believes it was “morally the right thing to do.”

She will retain dual UK citizenship, but said of her acknowledgement of her birthplace: “The Austrians are sorry about what has happened. We can’t carry on the hatred and discrimination any more. The Nazis are not with us.”

Schloss took part in a small ceremony at the Austrian Embassy in London on June 21 to adopt her citizenship.

She was also awarded the Medaille für Verdienste um die Republik Österreich (Medal for Services to the Republic of Austria).

It is similar in status to an MBE in the UK, which Mrs Schloss also has for her work in remembrance of the Holocaust.

Nazi troops had marched into Austria, on 12 March 1938, to incorporate the country into Germany – the Anschluss.

In Vienna former friends of neighbours turned against nine-year-old Eva and her family simply because the Geiringers were Jewish.

The family were smuggled into Belgium before moving Amsterdam where Scholl became friendly with Anne Frank.

But the family were betrayed and were sent to Auschwitz where Schloss and her mother were liberated, barely alive, by the Soviet army in 1945.

Her husband Zvi, who died five years ago, had said he would never accept citizenship of his native Germany.

“When I left Austria, I was very bitter. It took me a long time to get over it,” Schloss told the BBC.

She says  she feels like a “stranger” in the country of her birth, where she has returned many times, finding that “it feels like a tourist country”.

“When I went to Vienna I no longer knew anybody: all my family and friends are gone.”