A year on from her historic all-female spacewalk, Meir tells Francine Wolfisz she’s ready to pursue her childhood dream of walking in the footsteps of Neil Armstrong

When Jessica Meir was asked what she wanted to be when she grew up, there was barely any hesitation. She picked up her crayons and began drawing a picture of an astronaut standing on the Moon.

Now aged 42, Meir – born to a Swedish mother and Israeli father of Iraqi-Jewish descent – has partly made that dream come true, having become a NASA astronaut and one that literally stepped her way into the history books when she took part in the first all-female spacewalk, alongside Christina Koch, on 18 October 2019.

Nearly a year on, American-born Meir, who has also studied marine biology and physiology, is still processing that special moment and what it really meant for her.

“I knew it was a big deal, but didn’t think it would become the big deal that it did,” admits a modest Meir, now back to Earth after spending seven months in space, during a candid chat over the phone.

“But for whatever reason, this first all-female spacewalk really ignited enthusiasm and inspired people in a way I hadn’t seen for a very long time.

“That meant so much, not from a personal standpoint, but for the sake of science and for NASA that people were paying attention to us. It touched them in so many ways, from looking at us as role models or as people fulfilling a dream.”

The significance of two women stepping out that day from the hatch of the International Space Station (ISS) during Expedition 61 also had a profound effect on Meir.

It was, she says, a moment of “tribute” to the generations before her that fought for greater opportunities for women.

She explains: “We as women and other minorities have not always had a seat at the table and we still don’t, we still have a way to go in a lot of different realms, but I’ve been able to benefit from the struggle of generations before me.

“That for me was the biggest thing – that I could picture those women who had pushed the boundaries and enabled us to go out the hatch that day together. We did it as a tribute to them.” 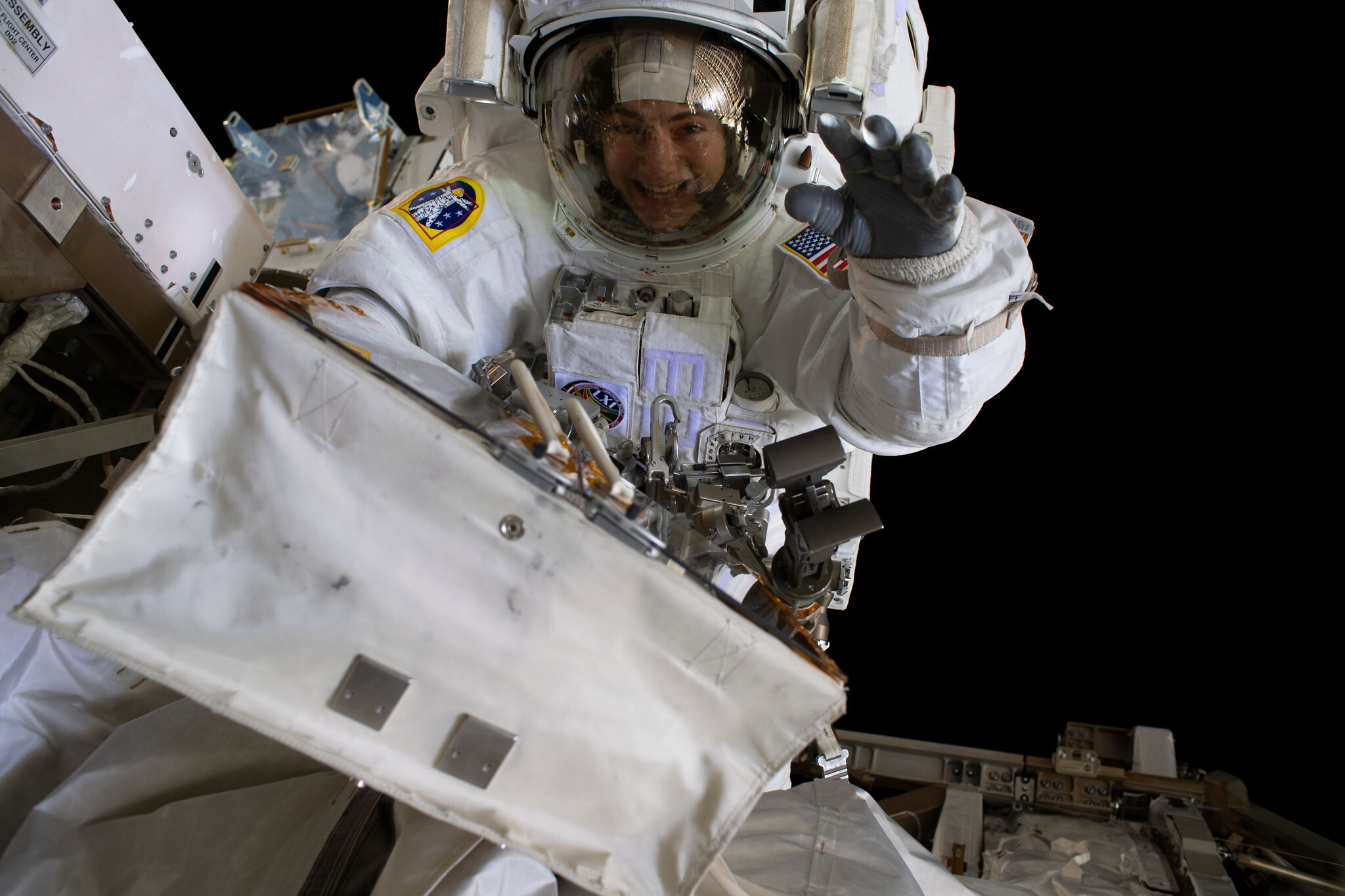 Nearly 12 months on, Meir is understandably proud of making history that day, but she tells me her only focus in the minutes and hours leading up to her spacewalk was on “getting the job done” – a task that became all the more acute after one of the station’s battery units unexpectedly failed.

In fact, Meir and Koch’s spacewalk was not even one of the three that had been scheduled during their time in space, but rather one that NASA had just two days to prepare. To say the pressure was on is an understatement.

“If we hadn’t been successful, we would have been down a power channel on the space station, which is pretty significant,” she says. 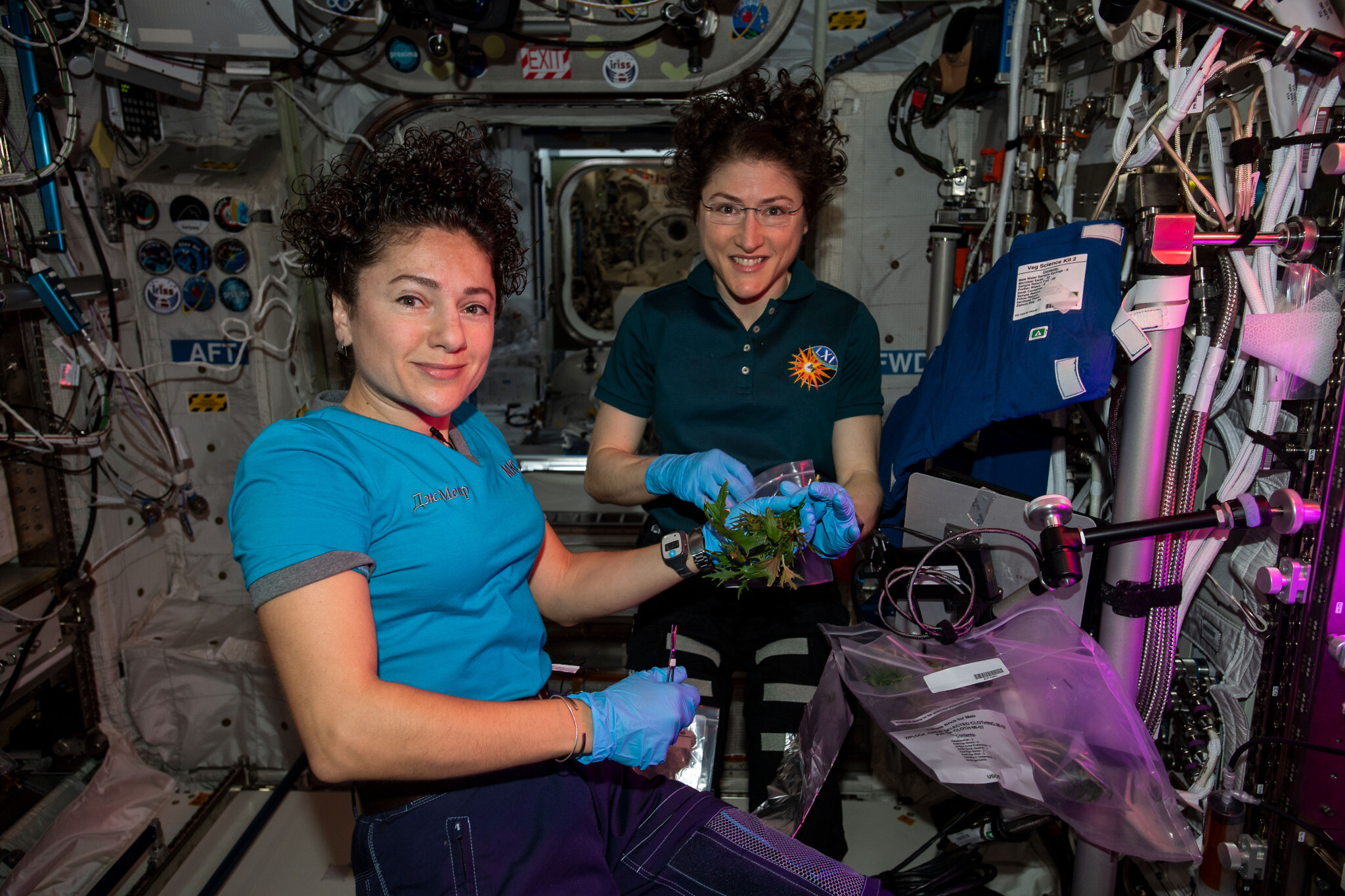 Making history was far from Meir’s mind, as was any notion of “being afraid for my life or afraid that something’s going to happen to me,” she gestures.

“I’d say the only fear I had was just the fear of making a mistake and disappointing the teams on the ground.

“Christina and I were up there, driving the bolts and moving the hardware around, but they were the ones who had put in hours of work to come up with a plan of what we were going to do.”

After an exhausting seven hours and 17 minutes – paused only by a phone call from US President Donald Trump congratulating the pair – the mission was hailed a success and the astronauts returned to the safety of the ISS.

Having overcome the most challenging – and dangerous – of tasks performed by astronauts, Meir ensured she took the time to appreciate being in space and looking at the beauty of Earth from hundreds of miles above the planet.

In fact, she orbited the Earth more than 3,000 times, but never grew tired of her spectacular view from the Cupola, the station’s panoramic control tower, from where she took stunning footage of lightning storms and tidal waves, as well as images of continents illuminated at night by the Moon.

“We saw all the different colours and textures of sand dunes in Africa and the Middle East, beautiful glaciers over the Patagonian ice field.

“Even after seven months, when I was in that incredible viewing court with windows all around looking down, I would really pinch myself and think how can this be real? I’m floating and I’m looking down at the earth. It was just like looking at art,” she explains.

She acknowledges how strange it was to look down at a planet that, in the brief duration of her time spent away, had been overtaken by Covid-19.

“It was so surreal to think this pandemic was affecting all 7.5 billion people on the planet, except just us. When we finally came back to Earth in April and the hatches opened, we hadn’t seen any other humans for seven months and then we saw all these people wearing masks. It was such an odd feeling.

“Having not had gravity for so long, you feel like you’re returning to this alien environment, but this made us realise even more we had come back to a completely different planet.” 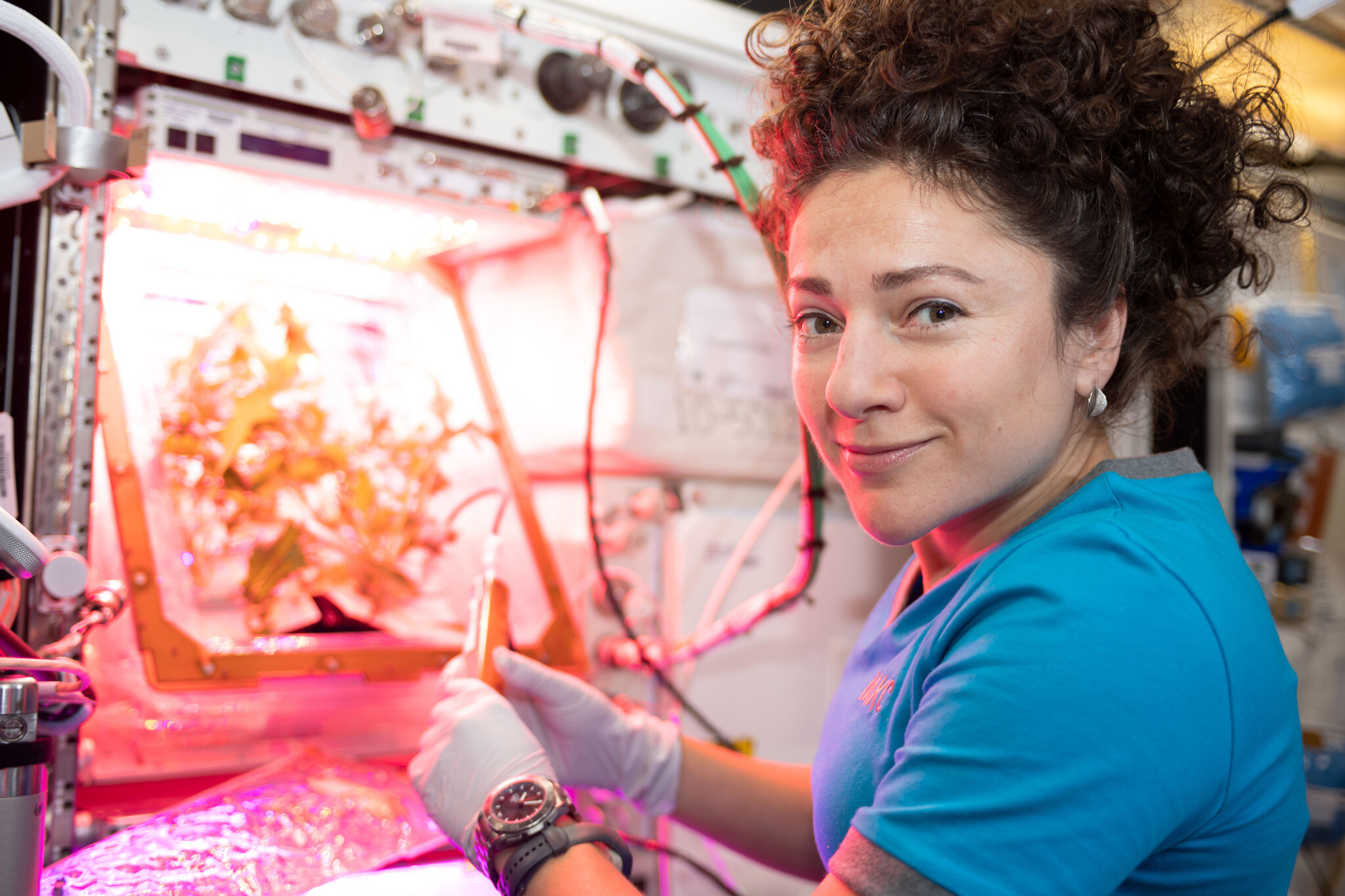 Jessica has now set her sights on returning to space – this time to the Moon. Credit: NASA

While coronavirus exaggerated how distant Meir must have felt while up in space, she was at least able to take comfort from some of the personal items she had brought with her from home.

Among them was a postcard from Yad Vashem with an artistic image drawn by a Holocaust survivor. The picture showed a man with a telescope looking up at the stars.

“It just seemed really fitting, that image of everybody being together under the same sky. Despite the horrendous circumstances of the Holocaust, or the difficult times we are facing now with Covid, it was impossible not to feel like we are connected as one people, that we’re in this together.”

Meir also took with her a painting by Rona Ramon, the wife of Ilan Ramon, Israel’s first astronaut who was tragically killed in the Columbia Space Shuttle disaster of 2003.

“He was a hero and still is such a hero,” says Meir, who was working at NASA with the life science team when the tragedy happened.

Four years ago, she visited Israel for an event and hoped to meet up with Rona, but it didn’t work out. “I really regret I didn’t have the chance to meet her,” says Meir, who hopes to revisit Israel next year.

As for the future, she may have just come back to terra firma, but Meir’s already setting her sights on returning to space – and, this time, her goal is one that harks back to her childhood dream: the Moon.

“With NASA’s Artemis programme, we’ll be sending the first woman and next man there and hopefully it’s something I can play a role in. That would be ideal for me.”