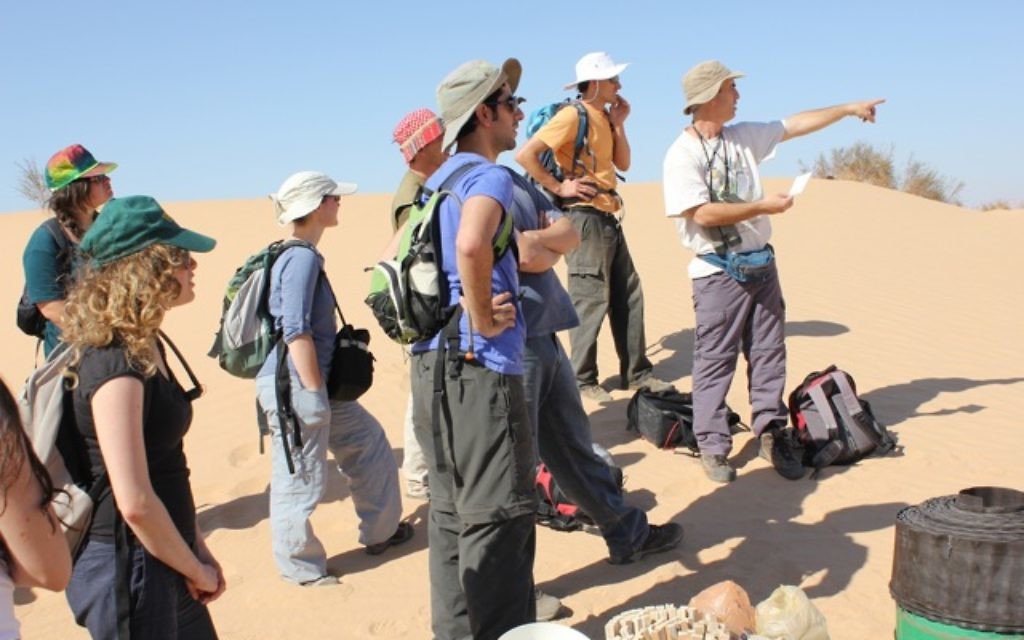 Like a tree, our holiday about trees, Tu B’Shvat, that is fast approaching, has changed and evolved with the different historical seasons it has experienced.

Not mentioned in the Bible, its roots formed during the Second Temple Period as the rabbis grabbled with a number of Biblical laws.

The 15th of Shevat became the fiscal date marking one year form another for first fruits, Bikkurim (Numbers 18:13) as well as tithes (Leviticus 27:30). In the 16th century the Kabbalists of Safed transformed Tu B’Shvat into a nature-mystical celebration and holiday creating a seder like Passover.

The Zionist philosopher Ahad Haam said, “More than the Jews have kept the Shabbat, Shabbat has kept the Jews.”

We know that that connection to the land contributed in very important ways to Jews remaining Jewish through 2,000 years of exile. Let’s face it, it makes no sense to think about planting trees in London in January or February when Tu B’Shvat is celebrated.

The Zionist movement rediscovered Tu B’Shvat some one hundred years ago as a way to understand in new ways the connection to and the development the land of Israel. During the past twenty-five years, in the wake of the environmental movement, Tu B’Shvat has become the environmental holiday par excellence of Judaism.

There is an extraordinary institution in Israel located on Kibbutz Ketura called the Arava Institute for Environmental Studies (www.arava.org) where college students are trained to “cultivate and protect” (Genesis 2:15) the environment as well learn how to build peace.

They are not your everyday collection of individuals.

The student body of the Arava Institute is remarkable mosaic of Israeli Jews, Arabs (Israeli Arabs, Palestinians, and Jordanians), and international students including Great Britain.

Students come for a semester or full academic year in the undergraduate track, or two years for a Master’s Degree.

The program is accredited by Ben-Gurion University. There are also internship options available.

In addition to its academic program the Institute is home to four renowned research centers, each with its own environmental mission and applied technology.

Researchers also serve as the Arava Institute’s faculty, mentoring students in their areas of scholarship and field research, as well as work to enhance cross border cooperation and environmental leadership in the region.

The Center for Renewable Energy and Energy Conservation is a leader in renewable energy research and development initiatives in the southern Arava region including, for example, investigating floating solar panels as covers for water reservoirs.

The Center for Trans-boundary Water Management provides one of the most important platforms for regional water professionals and policy makers to cooperate in water conservation, desalination, wastewater treatment, and education across political boundaries.

The Arava Institute’s Center for Sustainable Agriculture is dedicated to the investigation and preservation of arid lands and their natural resources.

Working collaboratively with arid land research institutes, this Center is a vital player in the field of desert agriculture and sustainable agriculture in the Middle East and the world at large.

It is also home to Methuselah, the world’s oldest germinated fruit seed: grown from a batch of seeds found on Masada.

Finally the Center for Long Term Socio-Ecological Research focuses on the natural ecosystems in the Arava valley and the interaction between those ecosystems and people.

It has played a very important role in dealing with the aftermath of the recent devastating oil spill near the Kibbutz in the Arava valley.

David Lehrer, the Director of the Arava Institute, sums up the work of the Institute, “In this harsh desert a simple idea sprung up–an idea that has created an oasis of peace and sanity in the usually turbulent and contentious Middle East.

The only way for human beings to survive and flourish on this planet is to learn how to take care of our natural resources cooperatively.

To do so, we must recognize that nature knows no borders.

For over a century due to the conflict between Arabs and Jews in the region, there remains one critical resource that is scarcer than any other.

That scarce resource is trust. Since 1996 we have brought together these remarkable individuals from across borders in order to build a network of trust.

The mission of the Arava Institute is to reframe the relationships between the peoples of the Middle East from conflict to conciliation by engaging young people from the region in cooperatively solving environmental challenges and protecting shared resources.”