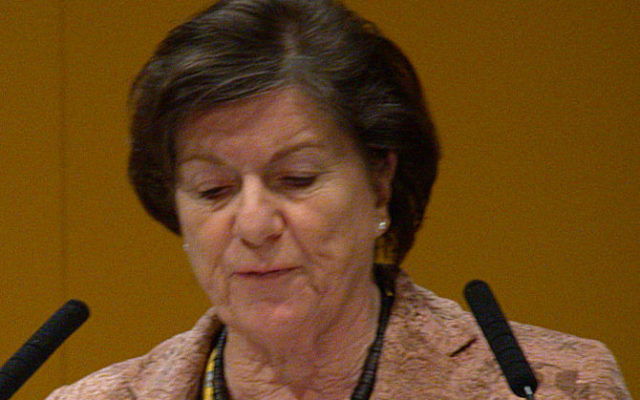 A peer and former Liberal Democrat MP is considering defecting to Labour because Jeremy Corbyn’s “honest” politics are “a breath of fresh air”.

Baroness Tonge claimed “lots” of Lib Dems were thinking about shifting their allegiance following the left-winger’s election as Leader of the Opposition.

Her comments came after Lib Dem leader Tim Farron raised the prospect of winning over Labour members who were concerned about Mr Corbyn’s politics and revealed he had been in contact with opposition MPs “distressed” about the direction the party was taking.

Lady Tonge, a former MP for Richmond Park, quit the Lib Dem parliamentary group in 2012 after refusing to apologise for saying Israel “is not going to be there forever”; however, she remains a member of the party.

However, Mr Farron insisted that because she had resigned the party whip “she is not ours”.

Lady Tonge told the Sunday Times: “I know that lots of Lib Dems are contemplating supporting Jeremy Corbyn, including me.”

She added: “I like and admire Jeremy Corbyn and John McDonnell (the shadow chancellor). I think they are some of the most honest people you could come across.

“On defence and foreign policy, Palestine and the bomb I agree with them and they are very green. I am not sure on Europe. I think the rich should be paying for the recession.”

Lady Tonge said she had known Mr Corbyn for a long time, sharing support for Palestine and meeting Hamas leaders on a joint trip to Gaza.

“I marched alongside Tony Benn and Jeremy Corbyn, one on either side. I went to Gaza with Jeremy Corbyn and we met Hamas leaders together. We go back,” she said.

Mr Farron told BBC1’s Andrew Marr Show: “I spoke to Jenny Tonge last night. She is not a member of the Liberal Democrats in the House of Lords, she sits as an independent, so in so far as I own anybody she is not ours to start off with.

“She takes a view on Israel-Palestine which she is entitled to take. I believe in the two-state solution. I also believe that you don’t get there by backing extremists who support violence.

“It’s very important if we are ever going to solve that incredibly important problem in the Middle East, you don’t do it by making out one side is the lone transgressor. You have got to make sure we have a solution which is going to work and means that two-state solution must come to pass.”