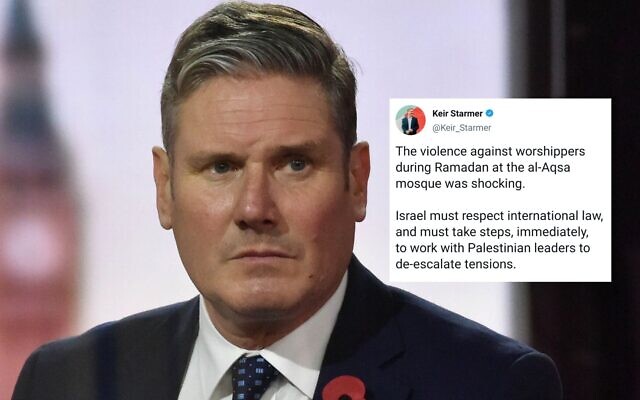 Sir Keir Starmer has sparked anger after issuing a one-sided statement that condemned Israeli violence against worshippers in the al-Aqsa mosque – but which failed to acknowledge the barrage of rockets fired by Hamas into the Jewish state.

The Labour leader’s tweet was made at 8.10pm on Monday, hours after news reports showed missiles fired from the Gaza strip into Israel.

Starmer wrote: “The violence against worshippers during Ramadan at the al-Aqsa mosque was shocking. Israel must respect international law, and must take steps, immediately, to work with Palestinian leaders to de-escalate tensions.”

“Along with the rocket attacks launched by Hamas, we condemn all actions that endanger civilians in the strongest possible terms.

“Tonight, leaders on both sides must urgently seek a de-escalation of tensions.

“Israeli authorities must commit to ending the eviction of Palestinians from their homes and adhere to international law and Jerusalem’s sacred sites must be respected.”

On Tuesday , former leader Jeremy Corbyn predictably tweeted: “Deliberately provocative attacks on the Al-Aqsa mosque and the ongoing home invasions #SheikhJarrah have led to horrendous violence in Jerusalem. As the occupying power, the Israeli government has it in its gift to rectify the current situation and not exacerbate it.”

Foreign Secretary Dominic Raab had issued a more balanced statement at 7pm on Monday tweeting:”The UK condemns the firing of rockets at Jerusalem and locations within Israel.

“The ongoing violence in Jerusalem and Gaza must stop. We need an immediate de-escalation on all sides, and end to targeting of civilian populations.” 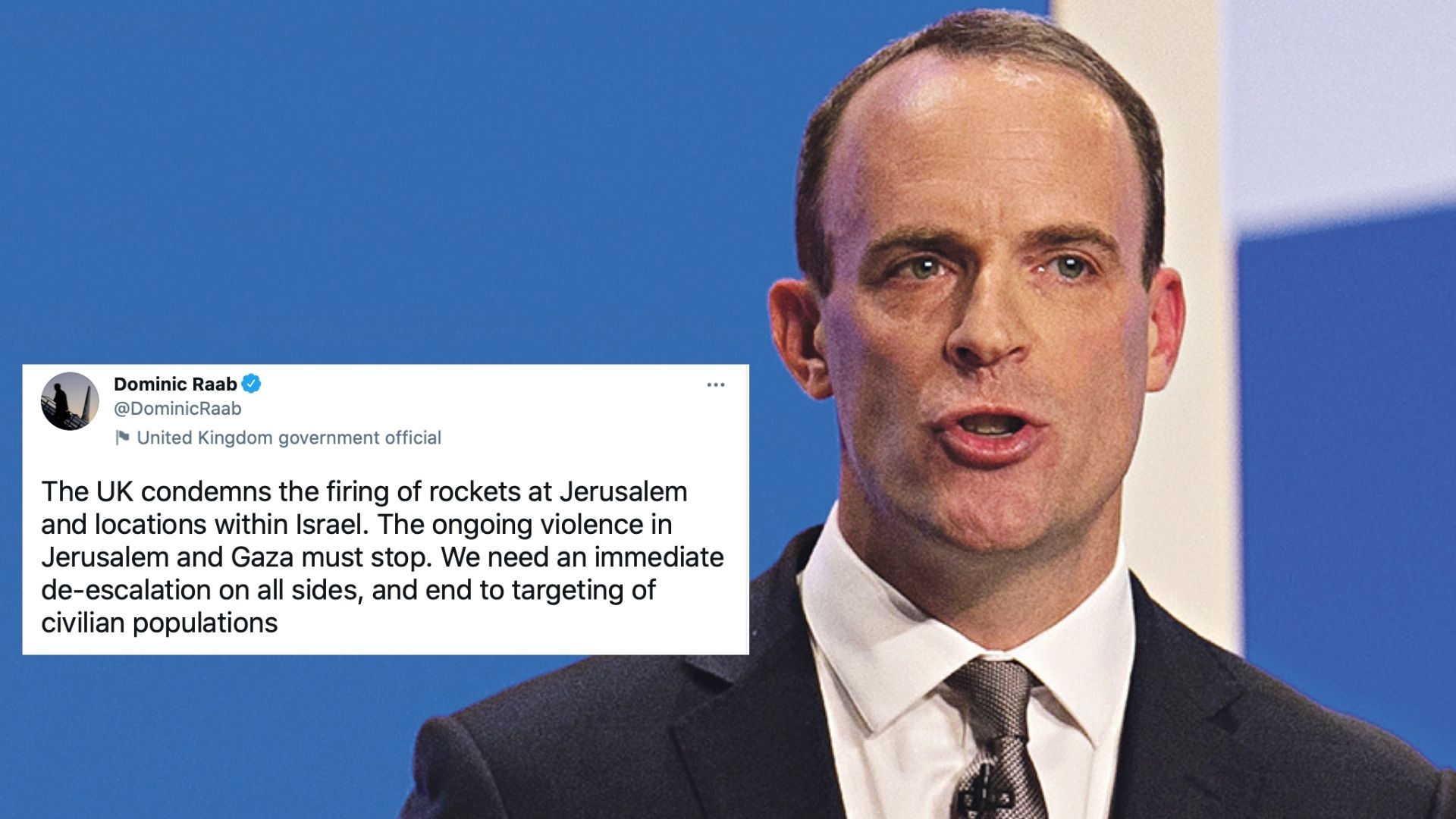 Responding to Starmer’s message, the former Manchester based barrister Jeff Samuels, who now lives in Israel, wrote:”The 160 or so rockets fired by Hamas from Gaza into Israel not sufficiently shocking to merit even a mention Keir Starmer.”

Meanwhile Wes Streeting, Labour new shadow child poverty secretary, also used Twitter to share a video of crowds celebrating Jerusalem Day in the Kotel with the flames from a fire on the Temple Mount in front of them.

Streeting wrote: “How anyone could fail to condemn this, or criticise those who do, is really beyond me.”

How anyone could fail to condemn this, or criticise those who do, is really beyond me. https://t.co/OJU9rFc82f

Some observers attempted to suggest the crowd where not celebrating the fact that a fire had broken out in the video – although it was claimed many of those in attendance were singing an anti-Palestine song.

But in a statement the pro peace group Yachad wrote: “This is not our Israel, and this is not our Zionism. Tonight, in Jerusalem, an anti-Palestinian song being chanted with glee as a fire burns in Al Aqsa. We must call out racism and extremism – even if it means calling out members of our own community.”