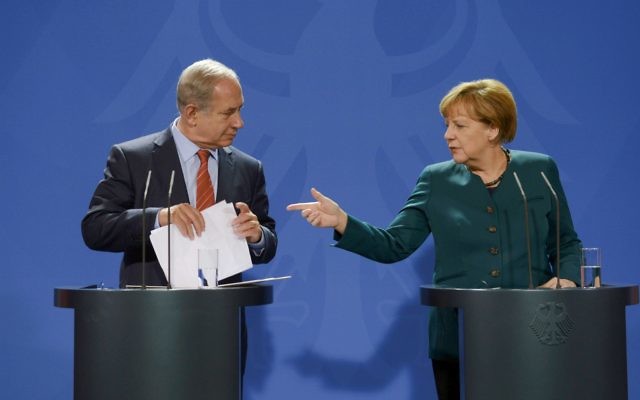 The binational consultation was set for May 10 in Jerusalem. The Israeli daily Haaretz reported that Merkel’s office offered the  September national elections in Germany as the reason for the cancellation, but the chancellor appears to be taking a more critical stand toward Israel in order to improve her chances of winning a fourth term.

Surveys repeatedly show that many Germans are critical of Israel because of how they believe the Palestinians are treated there. A 2015 poll by the Bertelsmann Foundation found that 48 percent of Germans shared the negative view.

An unnamed Israeli government source told Haaretz that the chancellor and the German Foreign Ministry were extremely upset over the bill passed in Israel last week that allows Israel to take possession of private Palestinian land on which West Bank settlements or outposts were built, as long as the settlers were not aware of the status of the land when they were built.

Reportedly the law, which can still be challenged, retroactively legalises 4,000 settler apartments built on private Palestinian property in the West Bank. Palestinian landowners who come forward are entitled to generous compensation.

The law has drawn criticism in Israel and abroad, including from France, the European Union and the United Nations. Israel’s attorney general, Avichai Mandelblit, has suggested the law could violate the Fourth Geneva Convention. The United States has not condemned the law, though it has said the settlements do not help peace efforts.

In March 2008, Merkel and Israel’s then-prime minister, Ehud Olmert, launched joint annual top-level government consultations on a wide range of topics. It was the first time Germany engaged in Cabinet consultations with a non-European country.

Merkel, the first foreign head of government to address the Knesset, said Israel’s security “will never be negotiable for me,” calling it part of Germany’s “raison d’etat.”